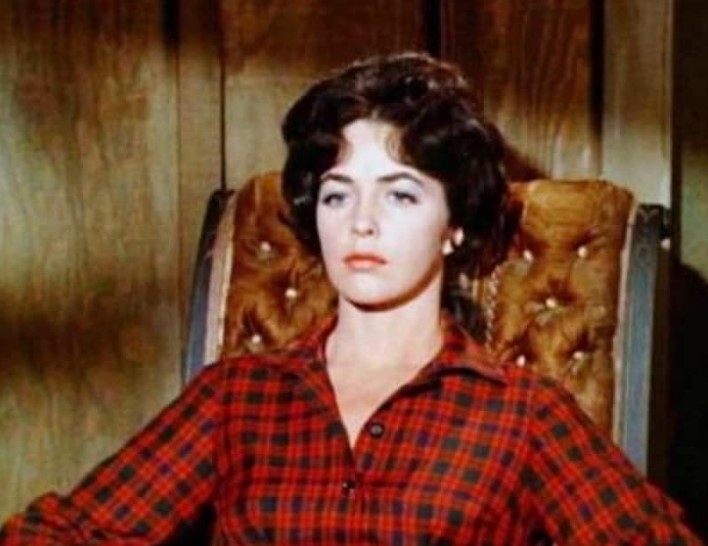 Bonanza follows Ben Cartwright and his sons as they run and defend their ranch while also helping the community. The forty-first episode of the show, Breed of Violence, was written by David Lang and first aired on November 5, 1960.

The strong-willed Dolly (Myrna Fahey) associates with disreputable men to rebel and avoid her strict and oppressive father, Sheriff Kincaid (Val Avery). She skips town with the dashing Vince Dagen (John Ericson), blissful yet unaware that Vince is an outlaw. Joe Cartwright pursues the fleeing couple in an attempt to catch up with them and save Dolly from experiencing the negative results of her defiance.

Read Breed of Violence’s plot and other interesting trivia, or watch the full episode below.

Watch the Full Episode of Breed of Violence

Watch the Full Episode of Breed of Violence:

Breed of Violence, the ninth episode of Bonanza’s second season, featured some of the program’s recurring and supporting actors. See the list below for the cast members for this episode.

Dolly Kincaid and Vince Dagen’s time together ends when Dolly hurries to go home before dark. However, Vince insists she stay, kissing her while guaranteeing her safety from her father. Dolly finds kissing out in the open uncomfortable, so she tries to break away from Vince’s embrace. When Joe sees this, he tries to talk things out, but Vince punches him to the ground and then resumes kissing Dolly. Joe gets up, hits Vince back, and the two engage in a scuffle. Their fight only stops when a couple of men arrive.

Meanwhile, Joe warns Dolly to stop associating with the wrong kind of people like Vince. He insists that Vince is a drunk and a thief, but Dolly argues that Vince’s good to her. Sheriff Trev Kincaid, Dolly’s father, asks Joe’s reason for coming to their house. Joe tells him that he saw Dolly at the store, but Trev tells him that Dolly had no business there. Moreover, Joe thinks it’s only proper for Dolly to decide whether he’ll stay or leave. However, Trev furiously insists that Dolly has no right to make decisions, threatening to whip the hide off her back if she does otherwise. Terrified of his father, Dolly tells Joe to comply.

Inside, Dolly tells Trev she did all the work his father ordered. She also insists that he should keep her locked up in the house like a prisoner, saying all she did was walk to the store with Vince. Trev argues that she returned with Joe, making him similar to her mother, with who he claims to have never been satisfied with one man. Dolly thinks her mother didn’t run out, believing Trev’s oppressive behavior drove her off. However, Trev explains that it’s only his way to protect her.

At the Ponderosa, Joe tells his father and brothers about his intended yet unintentional visit to the Kincaids. He tells Ben that he saw Dolly with Vince Dagen, the person they fired last year. Joe also recounts his experience with Dolly’s strict father, especially his aggressive behavior. Ben suggests Joe stay out of the family’s affair, believing it’ll take time for Kincaid’s emotional wounds to heal. Joe agrees but thinks it’s unfitting to keep Dolly locked up regardless of the situation.

Vince pays Dolly a surprise visit to apologize for his behavior. He can’t stand seeing Dolly locked up, so he suggests they leave by tomorrow morning. Dolly agrees, happy to have her dreams coming true.

Dolly flees with Vince the next day, clearly defying her strict sheriff father, who was busy running after some outlaws that robbed a bank.

Later, it appears that Vince and his peers were behind the robbery. The couple almost encountered the posse who were after the robbers, but the group eventually headed on another way. Dolly and Vince meet up with Vince’s friends—Clegg, Robie, and Poke—much to Dolly’s surprise. They move along to keep the sheriff and the posse from catching up.

Dolly, Vince, and the other outlaws arrive at Mr. Trager’s place. Joe, who plans to stay in the cabin with Hoss, asks Vince about their arrival. Vince and his friends later engage in a brief fight with Joe, Hoss, and Mr. Trager, leading to Hoss’ unconsciousness and Trager’s death. Dolly sees and approaches Trager’s dead body, but Vince pushes her, stating Trager would have brought her father if he didn’t kill him.

Inside the cabin, Joe implies that Vince wouldn’t want the sheriff and the posse to catch them because they robbed the bank. Confused, Dolly asks Vince if they did steal in the bank. Vince admits it, saying it’s for her sake. However, Dolly wasn’t just upset because of the robbery. She also thinks Vince shouldn’t have killed the bank clerk. Joe later asks him why he brought Dolly with him. Poke tells him that Vince will use her to shun her father, or the girl will get hurt. Angry that he revealed too much, Vince tells Poke to stop up. Vince visits Dolly in her room, assuring her that things will be alright. He also orders Joe and Hoss to introduce them to the posse as their hired Wolfers and to join them until they escape. Vince also assigns Dolly to help Clegg guard Joe as the rest of them, including Hoss, dig a grave for Trager.

On his timing, Joe beats Clegg to escape. However, Dolly aims a gun at him. Joe tells her that Vince robbed the money for himself and will kick her out as soon as he’s tired of her. Dolly refuses to accept this, believing that leaving with Vince would be her chance to live free from her father. Vince and the rest of the group return to the cabin, and Dolly reports Joe’s escape attempt.

The following day, the posse arrives at the cabin area. Vince wakes everyone up, telling Hoss to deal with the riders outside or he’ll kill Joe. Hoss does as Vince orders, ending with the posse leaving. Joe tells Clegg, Poke, and Robie they can ride out freely, considering Hoss introduced them to the posse as Wolfers working for the Cartwrights. Convinced they can leave, they start going against Vince. Dolly starts to worry, so Joe sarcastically tells her there’s nothing to be scared about, considering they have a lot of money and Vince will take care of her.

Sheriff Trev arrives at Mr. Trager’s place, then hears the heated conversation inside the cabin. Vince orders Poke to kill Joe and Hoss, but the two tell him it’ll only get the sheriff and the posse’s attention. Still ignorant of the fact that Vince is a criminal and is associated with a risky group, Dolly insists on staying with Vince. Trev enters, and shooting ensues. Trev ends up getting shot, while Vince and Joe fight fist-to-fist again.

Vince prepares to leave with his group, but Trev’s condition bothers Dolly. Joe tells Vince that Dolly will eventually join him since she’s just no good, as her father said. Although it seems like Dolly is angry at Joe, she slaps him, then discretely hands him a gun before walking out.

Thinking he won, Vince moves towards the door, but another shooting ensues, leading to his death.

When Trev wakes up, the Cartwrights assure him that they got the money back and that Dagen’s boys are in the jailhouse. Ben tells him that Dolly has stayed by his side since they arrived. Trev reveals that seeing her daughter run with a man like Dagen was disappointing. However, discovering Dolly was gone was more troubling for him than the robbery that occurred. Ben suggests Trev show Dolly a little affection and understanding.

Ben tells Dolly to be patient with his father, then suggests Joe ask for Trev’s permission before visiting Dolly.

Full Script and Dialogue of Breed of Violence

Behind the Scenes of Breed of Violence

The episode revealed that Joe and Dolly attended the same school.

“Die Wolfsjagd” is the episode’s title in German, which means “Wolf Hunting.”

If you’re looking for a television program to enjoy alone or with loved ones, consider Bonanza your next pick! From September 1959 to January 1973, the NBC network broadcast all 14 seasons of the Bonanza series. The 41st of 430 episodes is Breed of Violence, which also comes as the ninth for the program’s second season.