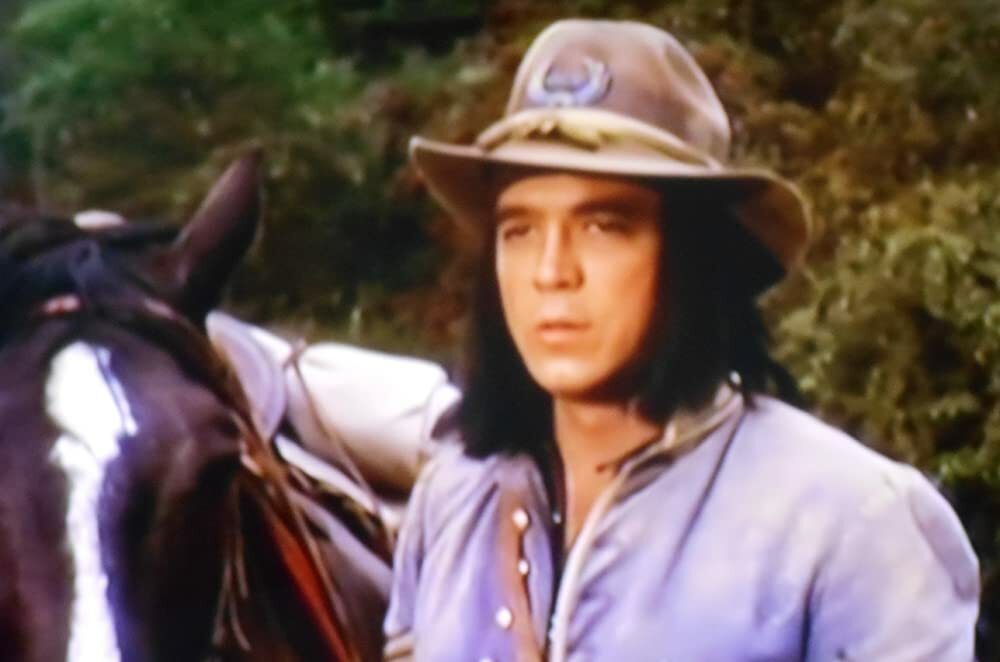 Gunsmoke remains one of the most fondly remembered and respected television programs, and its influence on the Western genre is undeniable. Through its 20-season run, Gunsmoke achieved its classic status as a Western show, and its impact influenced many Westerns created today. The Gunsmoke episodes include Hawk, directed by Gunnar Hellstrom and written by Kay Lenard and Jess Carneol. This episode is the 5th of season fifteen, aired on October 20, 1969.

Sergeant Hawk is a mixed-race lawman who comes to Dodge City to track four renegades who robbed a reservation agent. While in Dodge, Hawk visits his mother, who was taken captive by Indians 20 years ago and bore him while in captivity. However, he finds that his mother hates him, even refusing to acknowledge Hawk because of his race.

Check Hawk‘s plotline and trivia, or watch the full Gunsmoke episode below.

Here are the actors and actresses that appeared in the Gunsmoke episode, Hawk:

Sergeant Hawk, a mixed-race policeman from an Apache reservation in Arizona, arrives in Dodge, following the trail of four renegades who robbed a reservation agent. He stops by Marshal Matt Dillon’s office to ask for someone to accompany him as he circles the tracks he had scouted. Dillon suggests Festus join him as he knows the hills better than anyone else. Festus agrees, and both decide to meet early in the morning the following day.

Later that evening, Festus finds Phoebe Clifford discretely entering the hotel to talk privately to Hawk. It appears that Hawk is Phoebe’s son from when the Apache held her in captivity twenty years ago. Phoebe refuses to acknowledge Hawk as his son and wants to forget everything that happened and even him. Phoebe also tells Hawk that none of her family knows of his existence and warns him never to come to their house again. Hawk has no intention of destroying Phoebe’s happiness and only wants her to acknowledge him. However, Phoebe continues to deny his existence, not even letting him call Amos and Rachel his brother and sister.

The following day, Doc and Kitty noticed Festus’ uneasiness. Festus tells them about his promise to keep an eye out on Dave Clifford’s family while he’s out of town. While doing so, Festus saw Phoebe going to the hotel oddly in a manner where she didn’t want to be seen by anyone. Doc refuses to believe what Festus told them, then leaves as he got a patient to treat. On the other hand, Kitty believes it’s best to wait for Phoebe to reveal the truth.

Hawk and Festus proceed as planned. However, at one point, Festus asks for Hawk to join him as he stops by the Clifford place for a moment. When Hawk mentions meeting at the north trail, Festus insists he accompanies him since separating isn’t a good idea, and there’s a shortcut along the way.

Festus and Hawk met Rachel and Amos when they arrived at the Clifford place. Amos introduces Hawk to Rachel, and so she invites them for breakfast. Festus accepts the offer, but Phoebe goes out and tells them it’ll have to be next time as there isn’t enough food prepared. Hawk immediately leaves while Festus tells Phoebe that they only stop by to keep an eye out for the family while Dave is away.

At breakfast, Amos tells Phoebe how he wants to be a lawman and visit places like Sergeant Hawk. Phoebe only tells him to finish his breakfast, clean the barn, then allows him to go fishing after. Once Amos left, Rachel expressed her disappointment with how her mother had acted earlier. Although Rachel knew Phoebe didn’t like Indians, she didn’t like how she treated Hawk and embarrassed Festus. Rachel insists that despite what happened to Phoebe’s parents, Phoebe shouldn’t keep hating all Indians, especially since it happened so long ago. Phoebe reveals she was around Rachel’s age when she was held captive for two years in that Indian village and that it wouldn’t be easy to forget what happened.

Festus and Hawk continue to track the four renegades who set up false trails here and there. They eventually figure out the course the renegades took, and although Festus insists they go together, they momentarily split up. A few moments later, Festus hears a gunshot. The four renegades manage to ambush Hawk through the trap they set up. Fortunately, Festus arrived in time to save Hawk.

Festus brings Hawk back to the Cliffords to give him first aid before he gets Doc. Rachel was the only person around as Phoebe and Amos went after a cow that busted loose. Festus asks her to bed Hawk as he fetches Doc and Marshal Dillon.

Rachel tells Phoebe about Hawk’s condition. However, Phoebe showed no care, asking Rachel why Festus didn’t just let Hawk ride on with him back to the city. Rachel tells her that Hawk could have died before reaching Dodge and insist they help him.

Hawk wakes up and apologizes once he sees Phoebe standing across the room. Just then, he heard a bird’s whistle, a signal that meant the renegades they were tracking followed them. Phoebe immediately asks Rachel to get Dave’s gun and Amos to close and bolt all shutters in the bedroom. Hawk, despite his injuries, willingly moves to surrender, knowing the drunk renegades could do anything they could to have him. Rachel stops him, but Phoebe orders her to get away from the door and let him leave. However, before Hawk can step outside, he faints on the floor. Phoebe shoots the renegades from the little holes through their windows until they enter the barn. He tells Amos to watch the barn for movement as they carry Hawk back to the bedroom.

While tending to Hawk’s wounds, Rachel asks him how he became a policeman. Hawk tells her that he spent little time on the reservation. His father died when he was ten, and he had no mother. When caught stealing from a store, a priest from a mission school took him in and educated him. Soon enough, he decided to join the police force. Rachel asked if his mother had died, to which he replied, “No.” Hawk tells her that she disappeared when he was a year old.

Later, Hawk figured that the renegades used a wagon to distract them as they slipped out of the barn. While Rachel and Amos are at their respective places, Phoebe asks Hawk why he lied to Rachel about remembering her. Hawk explains that he did remember her warmth and grew up thinking about her often.

Meanwhile, Amos peeks through his room window and finds his terrified dog, Sam. He encourages Sam to go to him, opening his window for the dog to see him. However, one of the renegades captured Amos. They hear Amos scream from outside, and the renegades tell them to trade Hawk for Amos. Hawk insists Phoebe open the door so they can save Amos. However, Phoebe finally breaks out and apologizes to Hawk.

Hawk steps outside to negotiate, telling the renegades to shoot him and set the boy free. However, the renegades insist he returns with them to the mountain. Festus and Dillon knocked out two of the renegades, getting their horses. They sneakily go behind the renegade holding Amos and manage to save him and Hawk. From inside, Rachel tells Phoebe that her sons, Amos and Hawk, are all right.

After restoring his health, Doc confirms that Hawk is ready to head out to Arizona. Before leaving, he thanks Dillon and Festus for their help.

Outside, he meets Amos, who tells him he wasn’t scared when the renegades came to their place. Amos also assures Hawk that they’ll meet again once he becomes a marshal. Hawk also meets Rachel and Phoebe in Dodge as they fetch Dave from his trip. He tells Rachel he’s glad to have known her and takes one last look at Phoebe before he leaves.

Full Script and Dialogue of Hawk

Behind the Scenes of Hawk

Dodge is in Ford County, according to a sign in the city.

Grab a bowl of popcorn, chill, and relax while binge-watching Gunsmoke, whether alone or with your family! It is an American Western television series on the CBS network that aired for 20 seasons from 1955 to 1975. Hawk is the 5th Gunsmoke episode of Season 15.

You can find more about any of the Gunsmoke episodes here.