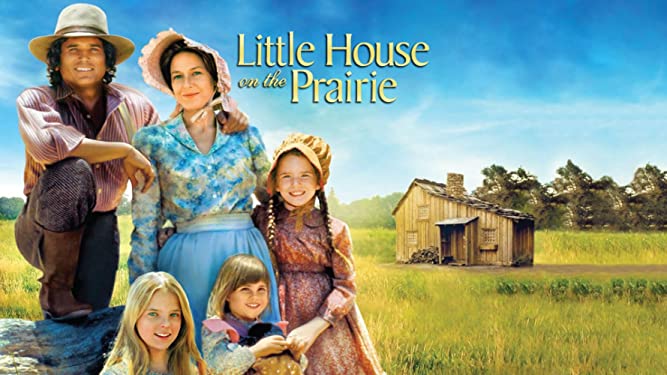 How Did Little House On The Prairie End? The Shocking Finale

The Little House on the Prairie is an adaptation of the best-selling book series Little House by Laura Ingalls Wilder. The 9-season Western historical drama premiered in 1974 and ended in 1982 with 208 episodes.

The series got immense attention because the book was already known and loved by many. It was popular not just in the United States but in other countries. It was one of the most popular series on Spanish Television. This popularity is essentially why many of its viewers couldn’t accept that the show ended because of its low ratings.

By the ninth season, the show’s rating had dropped to its all-time low. The network had to cancel the show, making the last episode carry the message of the show’s finale.

How did Little House On The Prairie end?

The show ended with the occupants of Walnut Grove blowing up the town one building at a time.

In the episode “The last farewell,” the citizens of Walnut Grove discovered that a developer had bought the land. The land grabber threatened to evict anybody who doesn’t work for him, and he had the backing of the US army.

The citizens chose to burn down the town instead of giving the land grabber the place in one piece.

This post contains more information on the topic. Read on:

What Is The Little House On The Prairie About?

Laura Ingalls Wilder’s “Little House” book series, which was about the author’s life, became the basis for the Little House on the Prairie.

The focus of the series was on the Ingalls Family, especially Laura Ingalls. The family consists of Caroline, Charles, Laura, Mary, Carrie, Grace, Albert, Cassandra, and James, who the Ingalls adopted later.

The family lived in a simple house at the bank of the plum creek, near the town Walnut Grove. Laura narrates her experiences as a child growing up around a simple farm for most of the series. She unfolds her story through the different phases of her life, marriage, and starting a family.

There were several other characters in the series that were either based on the true-life story of Laura Ingalls Wilder or fictitious. These different characters make up the town, Walnut Grove. Some of the characters that were part of the town include Miss Beadle, Rev Robert Alden, Olsons, the Garveys, the Carters, and more.

Why Did Little House On The Prairie Come To An End?

The Little House on the Prairie started as a two-hour movie and then progressed to a television series. The fans of the show weren’t happy with the production’s decision to end it.

One of the reasons the show had to end was because the ratings kept dropping, and at season nine, it was lower than it had ever been.

Melissa had grown up on the show. As Laura, she would spend time with her father seeking his counsel, which was a significant part of the show. She later got married, and it didn’t sit well that she would always come to her father for advice as a married woman.

The production team admitted that they didn’t think the show would last for as long as it did.

The Theme Of The Series

The series touched on different themes, some more than others. The subjects mainly explored in the series include faith, poverty, adoption, child abuse, blindness, rape, alcoholism, drug addiction, racism, and prejudice in general.

The Little House on the Prairie is a drama, but it had funny and calm parts.

Michael Landon had been in the Western Bonanza and had practiced his directing and production on the set. He then used and rewrote some of the storylines from Bonanza on the Little House on the Prairie. Some of the episodes based on Bonanza are as follows:

The Cast Of Little House On The Prairie

The show featured many actors as both regular and guest cast members. Here are some members of the Little House on the Prairie cast:

Michael Landon: Landon played the role of Charles Ingalls. He also directed, produced, and wrote parts of the Little House on the Prairie. Landon has a thing for featuring in the movies he directs or produces.

He was in Bonanza as one of the Cartwright brothers and in Highway to Heaven. These series were highly successful Westerns.

Landon appeared in almost all the episodes of the series from seasons one to eight. He was absent in only four episodes. He stopped being a regular cast member in season nine and was a guest in two post-series movies.

Karen Grassle: Karen played Caroline Ingalls, the mother of Laura Ingalls. Karen was in seasons one to eight and in one post-series movie. She is often known for her role in the Little House on the Prairie.

Melissa Gilbert: Gilbert played Laura Ingalls, Charles and Caroline Ingalls’ second daughter, the narrator, and focus of the show. She takes us through her childhood and her journey as a married woman in Walnut Grove.

Melissa Gilbert grew up on the show, and it was a lovely story to watch. She is a producer, director, and once president of the screen’s actor’s guild. She appeared in seasons one to nine of the series and the three post-series movies.

Mellisa Anderson played the role of Mary so well that people knew her for her character in the show. She received a nomination for the primetime Emmy award for outstanding actress in a drama series. She was on the show from seasons one to seven, coming back in season eight as a guest.

Lindsey and Sidney Greenbush: Lindsey and Sidney were identical twins, both playing the role of Carrie Ingalls on the show. Carrie is the third child of Caroline and Charles Ingalls and was the youngest Ingalls child at the start of the series.

The former child actors were alternating on the set of the Little House on the Prairie. The twins did a few films after the show before deciding to drop acting to focus on their education. They appeared on the show from seasons one to eight in 164 episodes.

Matthew Labyorteaux: Matthew played Albert Quinn Ingalls. The Ingalls adopted him after he had spent years in different orphanages and on the street.

The actor and voice-over artist is best known for his role in the show. He was in 89 episodes from seasons 5-9.

Jason Bateman: Jason Bateman played James Cooper Ingalls. The Ingalls adopted him after his parents died in a Wagon accident. Jason is an actor, a producer, and a director who has featured in several films from the 80s to date. He appeared in 21 episodes between seasons 7 and 8.

Missy Francis: Missy played Cassandra Cooper Ingalls, the adopted daughter whose biological parents died in a Wagon crash. She appeared in 22 episodes between seasons 7 and 8.

What Else Should You Know About This TV Series

Landon directed many of the episodes on the series: Due to how well he did on Bonanza, he got hired to direct the pilot episode of Little House on the Prairie. Landon agreed to do the job as long as he played Charles Ingalls. He would go on to direct 87 episodes out of the show’s 204 episodes.

The Blowing up of the Walnut Grove was true: The production had promised the landowners that they would return the land to its original state at the end of their filming. This promise was before the first season of the show. Hence, they killed two birds with one stone, ended the show, and fulfilled their landowners’ promise.

Mellisa Gilbert and Melissa Sue Anderson didn’t like each other: The two actresses reportedly disliked each other and didn’t have any form of friendship outside the set. However, Mellisa Gilbert was friends with her nemesis on the show Alison Arngrim who played Nellie Oleson.

It was sad to see the end of Walnut Grove and the Little House on the Prairie. Many viewers were so unhappy with the end of the show, even with the post-series movies. Overall, it was a great TV show, and although it could have had a better ending, people loved the program and all it stood for.

This post is an overview of the Western masterpiece Little House on the Prairie series. The show ended with the citizens burning down the town, showing their hatred for oppression.


Did you enjoy reading How Did Little House On The Prairie End? If you are looking for other great western books, check out these authors.

Previous Post
Western Song: Someday Soon
Next Post
Is Hell On Wheels Based On A True Story? Check This Out