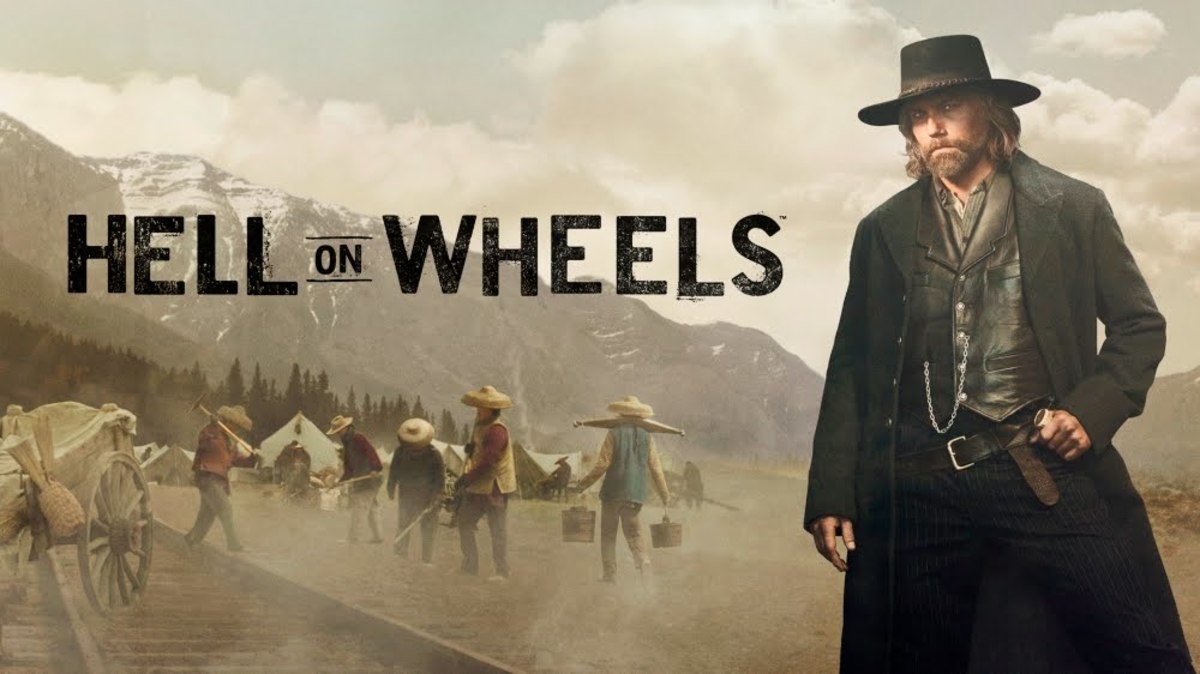 Is Hell On Wheels Based On A True Story? Check This Out

Is Hell on Wheels based on a true story? If you’re baffled by this question, you’re in the right place to find answers.

Hell on Wheels is an American and Canadian Western series aired between 2011 and 2016. The program took place in a mobile encampment called “Hell on wheels” in the 19th century.

The story focuses on the Union Pacific Railroad, its laborers, surveyors, prostitutes, mercenaries, and the different people who lived, worked, or were connected to the mobile encampment.

Hell on Wheels is not the regular Western shot in the 60s. It is more intense and shows a harsh reality. Viewers have compared the events in the series to a real-life event—the building of the Transcontinental Railroad.

Is Hell on Wheels based on a true story?

Yes, Hell on Wheels is based on a true story. It is about the historical events surrounding the first Transcontinental Railroad across the US. However, it was only a loose representation of the actual event.

The producers had to add and remove different parts of the real story to make the series suitable for television, as it’s typical with movies based on books or real-life happenings.

This post contains valuable information on Hell on Wheels. Read on:

What Is Hell On Wheels About?

The story focuses on Cullen Bohannon, played by Anson Mount.

Bohannon was an ex-soldier who became part of the railroad to find the Union soldiers responsible for the murder of his wife and son.

The show has five seasons which is about the same time it took to complete the Transcontinental Railroad.

Was it a coincidence? Yes.

Season One Of Hell On Wheels

The season premiered in November 2011 and ended in January 2012 with ten episodes. The season’s premiere had 4.4 million viewers, making it the second most-viewed series premiere in history. The Walking Dead was number one.

The first season follows the arrival of Cullen Bohannon in the Union Pacific westward construction of the Transcontinental Railroad. He came looking for work and vengeance. He had lost his wife and son to some union soldiers, and he was bent on avenging them.

He got the job, and he was responsible for supervising the Cut crew. The work of the all-black team was to clear out the terrain and make sure it is ready for track laying. As Cullen began to spend more time on the railroad, he learned more about his wife’s death.

He was expecting to get the name of the person who killed his family from railroad foreman Daniel Johnson, but that didn’t happen.

Additionally, in season one, Doc Durant started his questionable quest to stretch the Union Pacific westward.

Robert and Lily come to look at the landscape for the Union Pacific. Robert got killed during this visit by Cheyenne natives, and Lily had to adjust to living in a new environment without her husband. Season one ends with Bohannon killing a man for the murder of his wife and son and then realizing afterward that the man wasn’t around when they got killed.

Season Two Of Hell On Wheels

The season premiered in August 2012 and ended in October 2012. The number of people who watched the premiere dropped by almost half from season one. This reduction didn’t change the movie reviews—people still loved it.

In this season of Hell on Wheels, Bohannon struggles to focus on his life. He does this while working under Durant and pushing the Westward expansion.

He joins a gang of train robbers and ends up getting imprisoned by the Union Army. Duranta does what he can to get him out and succeeds. The release was on the condition that he returns to help oversee the railroad construction.

Also, the construction enters the Sioux territory. The Swede and the natives attack the railroad. Lily tried to get back the management of the Railroad from Durant. She sent ledgers to the government, and the army came in the middle of the attack by the natives.

Season Three Of Hell On Wheels

In this season, Bohannon was at the center of all the action. The season started in August and ended in October 2013.

We see Bohannon set his vengeance aside to battle Durant for the running of the Union Pacific Railroad. Elam proposes to Eva after she gives birth to a child from her marriage to Gregory Toole. The Swede joins a family (Mormon) as they journey to Fort Smith.

Season Four Of Hell On Wheels

This season premiered in 2014 and ended in November 2014 with thirteen episodes. In this season, Bohannon acquaints himself with fatherhood and marriage once again.

The expansion westward continued. Chaos is evident in this season because different groups compete for the running of the Cheyenne. The Cheyenne in Wyoming was the most significant Railroad hub—thus, the struggle to control it appears.

Season Five Of Hell On Wheels

This season had fourteen episodes, and the network showed half of the episodes in late 2015 and the other half in mid-2016. In this final season of Hell on Wheels, Bohannon switches from Union Pacific to Central Pacific.

The Real People Of Hell On Wheels

Some of the characters portrayed on Hell on Wheels were fictional, while a significant fraction consists of real people. Moreover, the movie didn’t fully depict some of these real people. Here are some of the people that were part of the Transcontinental Railroad construction in real life:

Thomas Durant: The real Thomas Durant was born to a wealthy family in 1820. He studied ophthalmology but was more interested in business. His love and interest in business made him relocate to New York, where he became deeply involved in the stock market.

Durant’s fraudulent tendencies started to show when he invested in the construction of the railroad. He saw it as a good investment because it occupied a large part of the economy. He used his relationship with Abraham Lincoln to his advantage, dropping the name whenever he deemed fit.

Durant’s manipulative side was evident. He, without remorse, took advantage of those around him, ignorant or not. He climbed on the back of people to make himself a fortune. Durant managed to get himself to the point where he was one of the principal shareholders in the railroad construction.

Olive Oatman (The marked woman): Olive’s parents were Mormons. As a teenager, her family decided to go to California, so they joined a Wagon train. During the journey, commotion ensued, and her family had to continue their journey on their own. They traveled through the dangerous Westward expansion, and after many days on that path, Native Americans attacked them.

During the attack, Olive lost her parents and four siblings. Abductors took her, alongside her sister, as slaves and later sold them to the Mohaves for blankets and horses. The Mohaves treated them better than their abductors, but famine struck, and her last living sibling died.

The facial marks on Olivia’s face showed no markings of slavery, as many people believed. They were tribal marks. The government later removed her from the Mohave tribe, and she fell into depression. The Mohaves had become her family, and they loved her. They even put up a fight when the government came for her.

She grew so comfortable with the Mohave people that she almost forgot how to speak English. She missed her Mohave family a lot after she left because she had gotten used to the native Indian way of life.

She later reunited with her brother Lorenzo who survived the massacre. They would write a book together and traveled across the country to give lectures. Olivia got married to a wealthy man and adopted a child later. She died of a heart attack at 65.

Casement was born in 1829. At 18, he started working at the Central Railroad in Michigan as a laborer. He gradually started to move up and began working as a contractor. During the Civil War, he joined the Union Army and moved from a major to a colonel and a commander.

After a while, he got promoted from Brevet to a Brigadier. Later on, the Union contracted his brother to build Nebraska rail tracks. His brother handled the finance and general management while he managed construction.

Is Hell On Wheels Based On A True Story?

Hell on Wheels drew its basis on the construction of the Transcontinental Railroad across the US. There were parts of the series, including characters, that didn’t happen nor existed in real life. These additions or subtractions were put in place to make it a good series.

Essentially, the additions and subtraction were what made the film “loosely based.”

This post is an overview of the Hell on Wheels TV series and the real-life people of the program.


Did you enjoy reading Is Hell On Wheels Based On A True Story? If you are looking for great western books, check out these authors.

Previous Post
How Did Little House On The Prairie End? The Shocking Finale
Next Post
Western Song: Wayfaring Stranger

3 thoughts on “Is Hell On Wheels Based On A True Story? Check This Out”