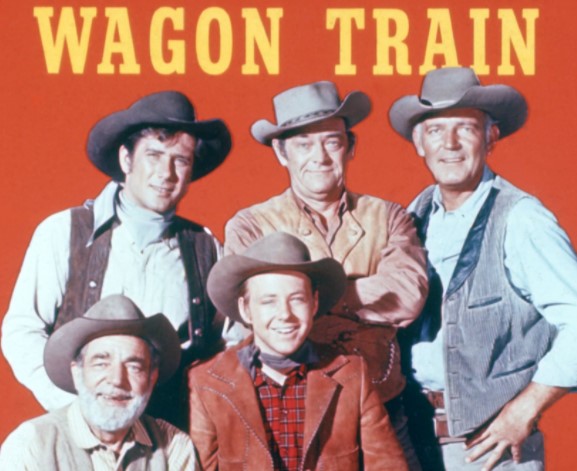 Wagon Train Cast Where Are They Now? This Is What You Should Know

Have you been a keen follower of Wagon Train? You probably have a lot to say about the characters. Find out where the Wagon Train cast is now.

Western is a genre in fiction set between the late 19th century and early 20th century. It primarily portrays the struggles in the wilderness and the removal of rights from the actual occupiers of the frontiers.

Over the years, we have seen the production of many Westerns, but the Wagon Train stands out. The series portrayed all that the genre stands for, allowing its viewers to have a firsthand experience of the journey through the Wild West.

The series, which ran for eight seasons, kept viewers on the edge of their seats for its entire duration. Its excellent cast played a significant role in how well the people accepted the series.

Wagon Train Cast, Where Are They Now?

The Western aired decades ago, so it wasn’t surprising that many regular cast members are now dead. Some died decades ago, and others died a few years back.

The show had more guest appearances than regular casts, and many of them weren’t young when they started in the Wagon Train. Two regular cast members are alive out of the eight on the show. They were Michael Burns, a published author who was a boy when he joined the show as a guest, and 88 years old Robert Fuller, who is now a horse Rancher.

The production went all out for the series, bringing in some of the most famous acting talents. Ward Bond was the main character until he passed.

Every episode featured a guest character on the Wagon Train. The guest appearances were many times by popular icons during the time. Some of the stars on the Wagon Train include Ronald Reagan, Ernest Borgnine, Lee Marvin, Joseph Cotten, Bette David, and Jane Wyman.

Ward Bond:  Ward Bond played Major Seth Adams on the Wagon Train. He guided the train and its members on an infinite journey across the West.

Ward Bond was already well-known in the film industry when they brought him on the Wagon train set. He was on the show for four seasons, starring in 134 episodes before he died of a heart attack at 57.

Moreover, Ward Bond starred in some of the greatest movies of all time. These films include The Searchers, The Maltese Falcon, The Grapes of Wrath, Gentleman Jim, The Mortal Storm, Gone with the wind, and many more. Ward Bond also featured in about 26 John Ford films before he died.

Horton had a lousy relationship with Ward Bond on the set of Wagon Train. The friction between the two wasn’t a secret because Bond didn’t try to hide it. He kept spreading rumors about Horton, especially about his sexuality.

People have said that the rumors may have come from Robert being deeply involved in musicals. No one knows for sure the reason for all the bad blood between them.

Horton had been in three different marriages before he died. He was also good friends with James Drury from The Virginian series and Robert Fuller (who replaced him on the Wagon Train after he left). Horton died in 2016 at age 91. He requested that no one make a fuss about his burial, so there was no funeral.

Robert Fuller: Robert Fuller played Scout Cooper Smith in the Wagon Train. The character replaced Robert Horton after he left the show. He was best known for his role as Jess Harper in Laramie.

Fuller was a student under the guidance of Richard Boone for a while. He had an interest not just in acting but also in acting and even danced with Marilyn Monroe. Fuller is currently 88 and still loved by many fans of Westerns.

Terry Wilson: Terry Wilson played Bill Hawks in the Wagon Train in 267 episodes. He was one of the two people who appeared in all eight seasons of the show.

Terry Wilson served in World War II, was a football star and a rodeo rider. He worked with his close friend and co-star Frank McGrath in the rodeo circuit before pursuing an acting career.

The network brought Terry on the Wagon Train because Ward Bond requested that he and FrankMcGrath join the series. It was Terry Wilson who told John Wayne about Ward’s death. They both wept on the phone for a long time after he shared the news. Terry died at 75, leaving behind his wife and three kids.

Frank McGrath: Frank McGrath played the funny character Charlie Wooster who was the train’s Cook. He was on all the seasons of the Wagon Train.

McGrath was a rodeo performer. He was known for always picking fights that he usually loses. He appeared in John Wayne’s movies like She Wore a Yellow Ribbon and Fort Apache. Frank died at 64, two years after Wagon Train ended.

John McIntire: McIntire was brought to the show to replace Ward Bond after he passed. Ward Bond’s shoe was a huge one to fill and walk in, but McIntire owned the role. He played Christopher Hale, the new person in charge of the wagon train.

McIntire got a lot of attention as Christopher Hale, so much attention that they brought him to replace Charles Bickford in The Virginian after he died suddenly.

McIntire and Actress Jeanette Nolan tied the knot in 1935 and remained married until McIntire passed away 56 years later. The couple starred in several Westerns together, usually as a couple. Jeanette died seven years after her husband.

Denny Miller: Denny Miller played Duke Shannon on the show. He appeared in 107 episodes. Denny is popularly known as the blonde Tarzan, as he was the first.

He spent almost 50 years of his life acting. Denny died at the age of 80.

After a while, he decided to pursue academics. He got his Ph.D. at Yale University in 1977. He spent years teaching and retired to move to Kentucky with his wife. They both raise horses now.

What You Should Know About The Wagon Train Series

Although the series ended decades ago, here are some things you should know about the Wagon Train:

The inspiration for Star Trek came from the show. When Gene Roddenberry shared his proposal for Star Trek, the successful science-fiction series, for the first time, he called it “Wagon Train to the Stars.”

The name seemed appropriate because the shows had a couple of things in common. For example, the main characters were on an infinite journey, meeting and interacting with different characters throughout the trip. Also, Leonard Nimoy appearing in both shows made the title even more appropriate.

Ward Bond requested to add his two friends to the cast. Bond made it known to the network that he wanted his friends on the show. The reason involves Bond’s desire to have experienced stuntmen in the scene for Wagon Train to become a safe place to work. He did this before signing his contract with the production.

The actors were Frank McGrath and Terry Wilson, and Ward had met them on another Western set, forming a lasting friendship. Back then, they were long-time stuntmen under John Ford Stock Company, experienced in performing in films and television. Bond assisted McGrath, teaching him to improve his skills and remember his lines. Wilson had been in John Wayne’s films as a stuntman before joining the Wagon Train.

McGrath and Wilson were both on the show until the final seasons. They were the only regular cast members to have stayed that long on the show.

The network changed the show’s theme song three times: The first theme song had no lyrics. The network didn’t think it was good enough for the show, so they changed it.

They introduced the second theme song by Jack Brooks and Sammy Fain titled “Roll Along-Wagon Train” in the second season. Johnny O’Neill performed it. However, this theme song didn’t last either.

The final theme song was “Wagons Ho” by Jerome Moross. Most fans can sing along to this song, and they used it from the third to the last season of Wagon Train.

The cast of the Wagon Train made an impression in the hearts of many viewers. The fact that there were just eight regular cast members didn’t affect the show, including how the viewers saw the show in the slightest. The cast members, dead or alive, would hardly be forgotten.

They gave fans something to talk about and delivered their roles as expected. The only thing we can offer them now is to keep their memory alive in appreciation of how much they’ve left an impact through their roles in Wagon Train.

Did you enjoy reading about the cast of Wagon Train? If you are looking for other great western books, check out these authors.

15 thoughts on “Wagon Train Cast Where Are They Now? This Is What You Should Know”