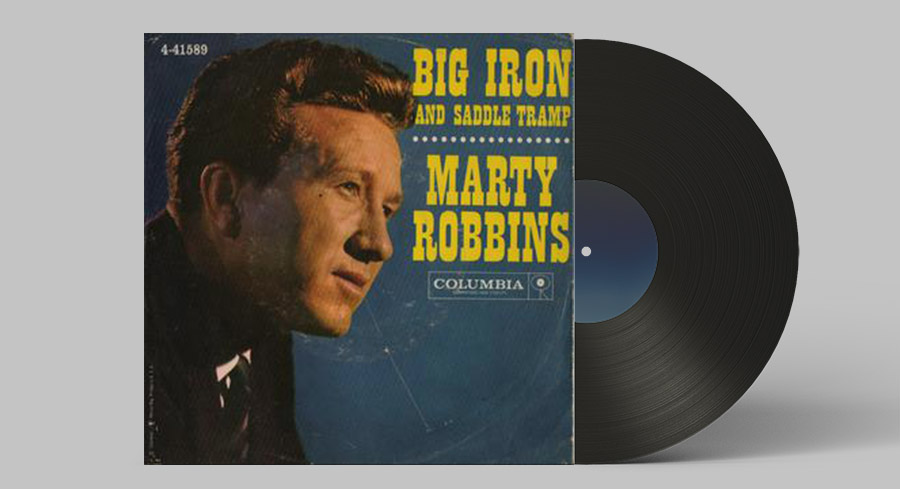 Big Iron is a country ballad song that Marty Robbins wrote and performed. It is one of the Top 100 Western Songs of all time chosen by the members of The Western Writers of America. In April 1960, Robbins’ version of the song reached number 5 on the Billboard Country chart and number 26 on the Billboard Hot 100 chart.

The song tells a story about a Ranger who is a stranger to the town of Agua Fria, challenged the most notorious outlaw, named Texas Red who is a vicious murderer. According to the song, every man that challenged him was killed. Texas Red is only 24 years old but he already killed twenty men. The “Big Iron” on the song refers to the gun on their hips. Despite being infamous, Texas Red was killed by the ranger in one shot. His draw was so swift, that Texas Red had not even “cleared leather.”

In September 1959, the song was originally released as an album track on Gunfighter Ballads and Trail Songs then in February 1960, it was released as a single with the song “Saddle Tramp” as the B-side single. The best part about the song is that you can describe the story clearly without difficulty. The song is clear and feels like a story you want to keep on re-reading.

Various artists covered the song. Some of the popular recordings are made by the following artists: