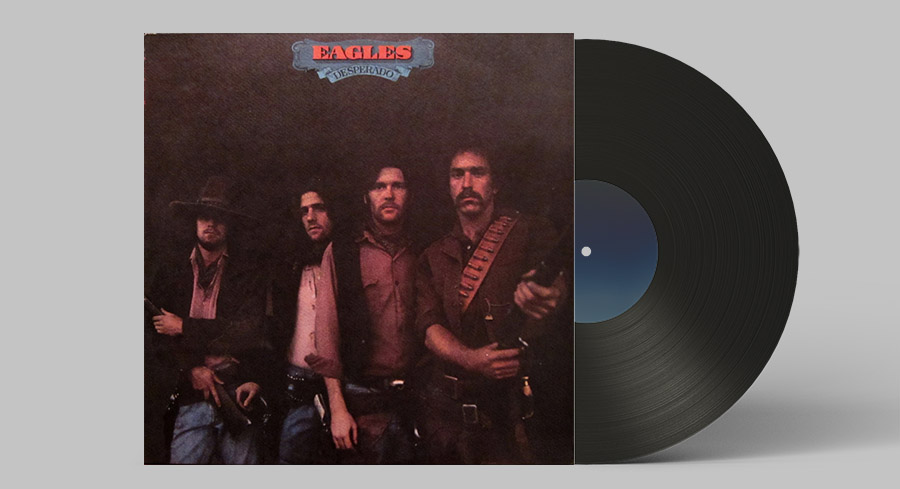 Desperado is one of the most popular songs of the American rock band the Eagles, written by Glenn Frey and Don Henley. The song not only appeared on the 1973 album Desperado but in numerous compilation albums as well. It also ranked No. 494 on Rolling Stone’s 2004 list of “The 500 Greatest Songs of All Time” and was chosen as one of the Top 100 Western Songs of all time by the members of The Western Writers of America.

A few months after the Eagles’ Desperado album was issued, Linda Ronstadt recorded Desperado and released it on her 1973 album Don’t Cry Now. Even though Ronstadt’s recorded version of the song wasn’t released as a single, it exposed the song to a much wider audience, mostly females.

Desperado was inspired by a song that Don Henley started in 1968 that was written in the style of old songs by Stephen Foster. It is said that the song was originally about a friend named Leo as it began with “Leo, my God, why don’t you come to your senses…”

Various artists covered the song and some versions hit the charts. Some of the popular recordings are made by the following artists: