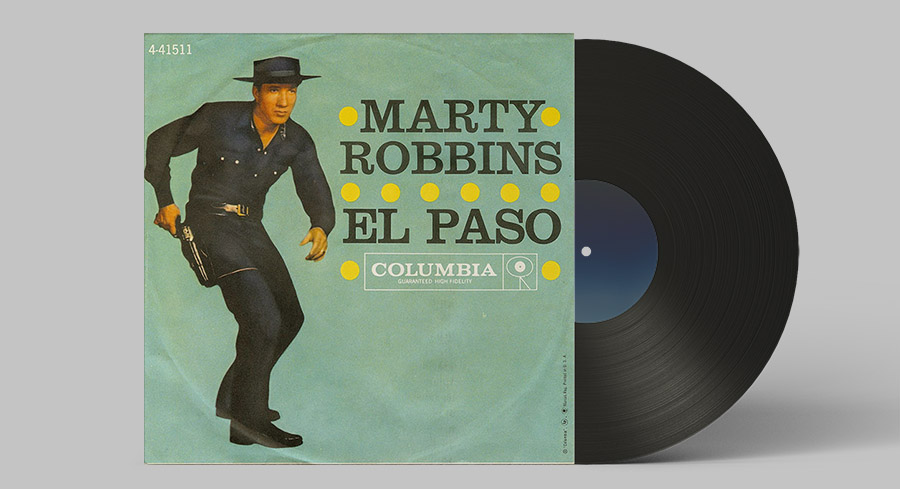 El Paso has been included in the top 100 Western Songs of all time by The Western Writers of America.

The song was written and originally recorded by Marty Robbins and became a major hit on both the country and pop music charts. At the start of 1960, the song reached no. 1 in both charts. It also won the Grammy Award for the Best Country & Western Recording that same year.

The song got into Marty’s mind whenever he would pass into El Paso while traveling back and forth from Phoenix. He thought that “El Paso” sounded romantic that’s why he promised himself that he’d one day write a song about it.

The song is about a young Anglo gunslinger and “a Mexican girl” named Felina. A love story about forbidden love, jealousy, and the brawl in Rosa’s Cantina that lead to murder.

A lot of artists have covered the song. Some of the most popular versions were recorded by:

Feleena (From El Paso) – 1966. The first sequel is an eight-minute song—a story of the girl with who the original narrator was so hopelessly in love, and how she commits suicide with his gun after his dying kiss.

El Paso City – 1976. Robbins released the second sequel song in 1976. Because of his many years of phenomenal success as a singer and writer, Robbins was inspired to continue writing about the city.