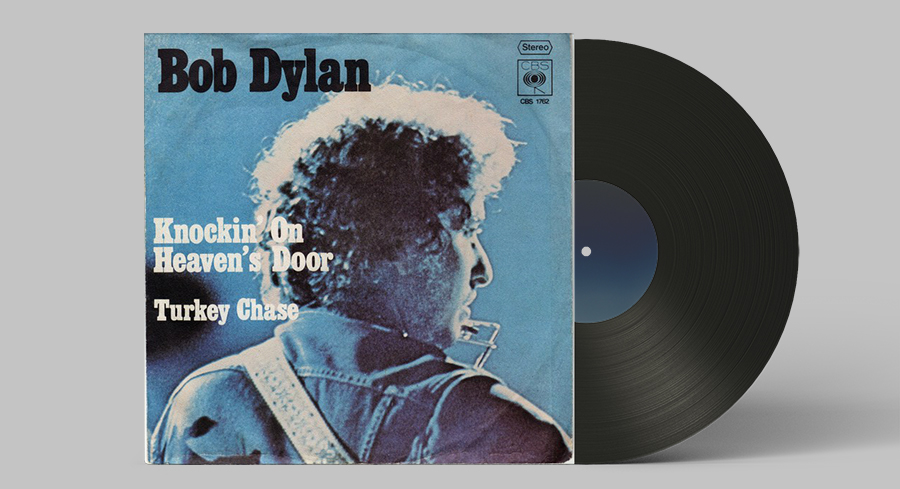 Knockin’ on Heaven’s Door was a song by American singer-songwriter Bob Dylan, written as part of the soundtrack for the 1973 Western film Pat Garrett and Billy The Kid. They recorded the song in February 1973 at the Burbank Studios, California, before having it released by Columbia Records as a single on June 13, 1973, two months after the film’s premiere. The song became a worldwide hit and was one of Dylan’s signature tracks, charting in the Top 10 in several countries and peaked #12 on the Billboard Hot 100 Singles Chart. It also became one of Dylan’s most covered songs, giving rise to covers from Eric Clapton, Guns N’ Roses, and more. Guns N’ Roses included the song in their live sets in 1987 before recording it for the first time for the maxi-single of Welcome to the Jungle in the same year and by 1990 in the Days of Thunder soundtrack. The song was also included in the album Use Your Illusion II. It reached #2 in the UK Singles Chart and became one of the hallmarks of the mentioned band.

The members of The Western Writers of America included Knockin’ On Heaven’s Door in the Top 100 Western Songs of all time.

The movie screenwriter Rudy Wurlitzer was an acquaintance of Bob Dylan, which explains how he got to write the song and a few others for the movie. It had several versions: instrumental, with the voice, orchestrated version, and another for a single. The original version had a simple structure, consisting only of four chords.

Although written to fit the storyline and the perspective of a dying sheriff, Sheriff Colin Baker, the song has general applicability and many other interpretations. The lyrics contained the final thoughts of the character in the film, featured as he dies in the arms of his wife. Other explanations involve the perspective of a dying soldier who regrets killing people, the mortality of life, and what possibly happens afterlife.

Some of the notable versions of the song include those recorded by artists like:

Knockin’ On Heaven’s Door has been featured or became a soundtrack of some films including:

Knockin’ On Heaven’s Door In Albums