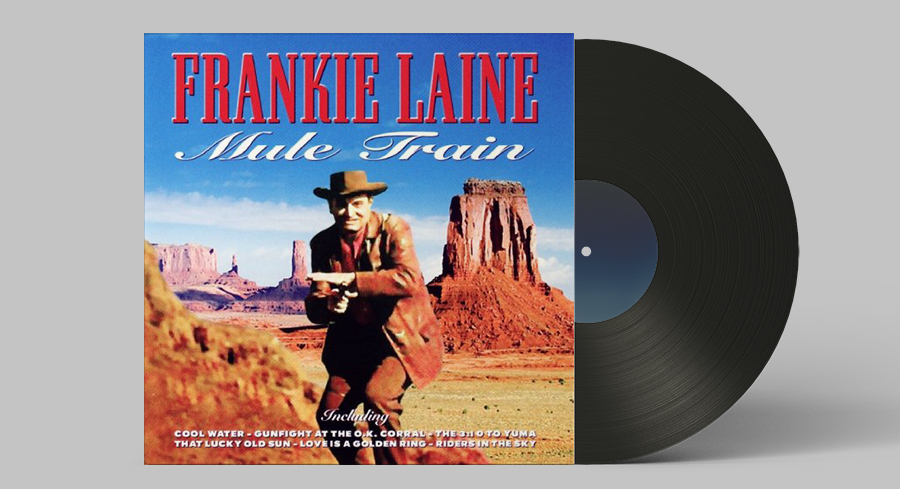 Mule Train is a popular song written by Fred Glickman, Johnny Lange, Ramblin’ Tommy Scott, and Hy Heath. It was chosen by the Western Writers of America as one of the Top 100 Western songs of all time.

The song was originally recorded in 1947 by Ellis “Buz” Butler Jr. and was released on Decca Records. He was the original writer of the song with Fred Glickman. It was featured on 1950 Republic Western Singing Guns and nominated for an Academy Award for Best Original Song in 1950, but lost to “Mona Lisa”.

It is a novelty cowboy song, with the singer filling in the role of an Old West wagon driver, blasting his team of mules dragging a delivery wagon. As he does his job, the driver mentions the various mail-order goods he delivers to distant customers.

Other artists who recorded their version of the song are: