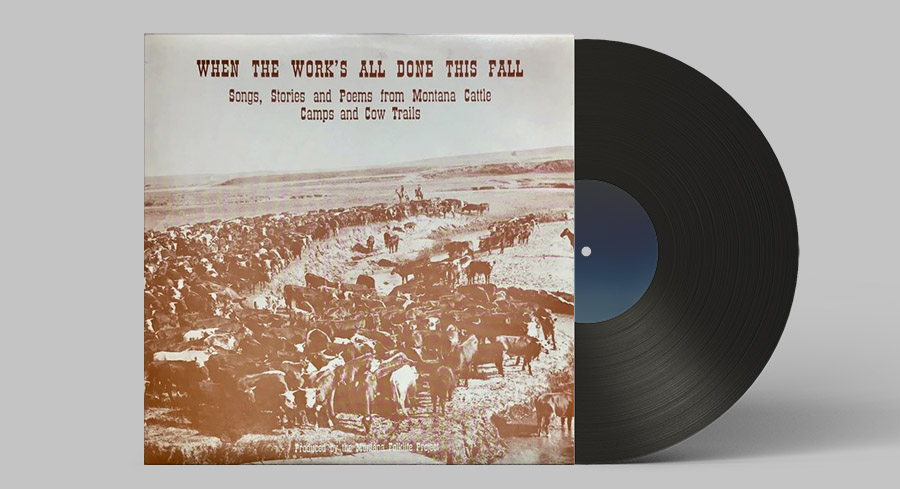 Western Song: When The Work’s All Done This Fall

When the Work’s All Done this Fall is a classic American cowboy song. The members of the Western Writers of America included the song in the top 100 Western songs of all time.

Like many others, the poem was intended to be sung as lyrics to the tunes of other famous songs.

The song was originally published in the Miles City Stock-Growers Journal in 1893 as a poem called After the Roundup written by an American composer of cowboy songs and cowboy poetry D. J. O’Malley. The lyrics and a melody were first obtained from tradition and published by John Lomax, an American teacher, a pioneering musicologist, and a folklorist in 1910 in Cowboy Songs and Other Frontier Ballads.

An American country musician Carl T. Sprague recorded the song in 1925. At a time when 5,000 was typical for a successful recording, Sprague’s recorded version sold over 900,000 copies. More recently, it has been recorded by different artists and many variations of the words appear in the various songs.

The song is about a cowboy who tells about his plans to finally go home and see his mom when work is all done this fall. Soon after, the cattle stampedes. Even though the cowboy controlled the herd, he was seriously injured in the process. He couldn’t see his mother; he sends tokens home.

Popular Recordings of When The Work’s All Done This Fall

Some of the notable cover versions of the song were recorded by the following artists:

When the Work’s All Done This Fall Lyrics