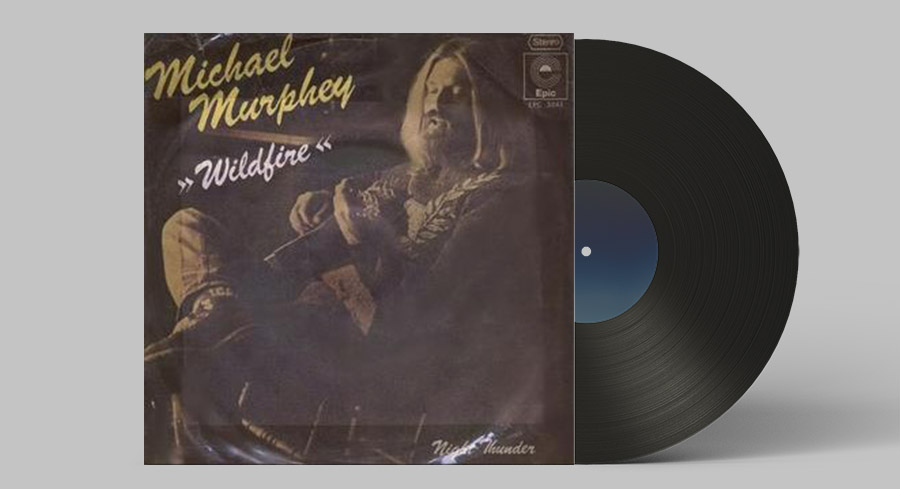 Wildfire is a somber story song that Michael Martin Murphey originally recorded and became his highest-charting pop hit in the United States. The members of The Western Writers of America included the song in the Top 100 Western Songs of all time.

Michael Murphey and Larry Cansler are the writers of the song. It was released in February 1975 and appeared as the lead single in Murphey’s gold plus album Blue Sky – Night Thunder. The song hit No. 2 in Cash Box and No. 3 on the Billboard Hot 100 chart. It also replaced Love Will Keep Us Together in the top position of the Billboard Adult Contemporary chart. Because the single continued to sell, it received platinum certification from the RIAA implying sales of over two million US copies.

The song’s lyrics are about a homesteader who tells the story of a Nebraska woman who is said to have died in the search for her escaped pony, “Wildfire”, during a blizzard. The homesteader finds himself in the same situation, doomed to an early winter storm. A hoot owl has been sitting outside his window for six days, and the homesteader believes the owl is a sign that the woman’s ghost is calling for him. He hopes to join her and spend eternity riding the Wildfire with her, leaving behind the hardships of life on earth.

Like most western songs, other artists covered and recorded this song. Some of the most notable covers are recorded by the following artists: