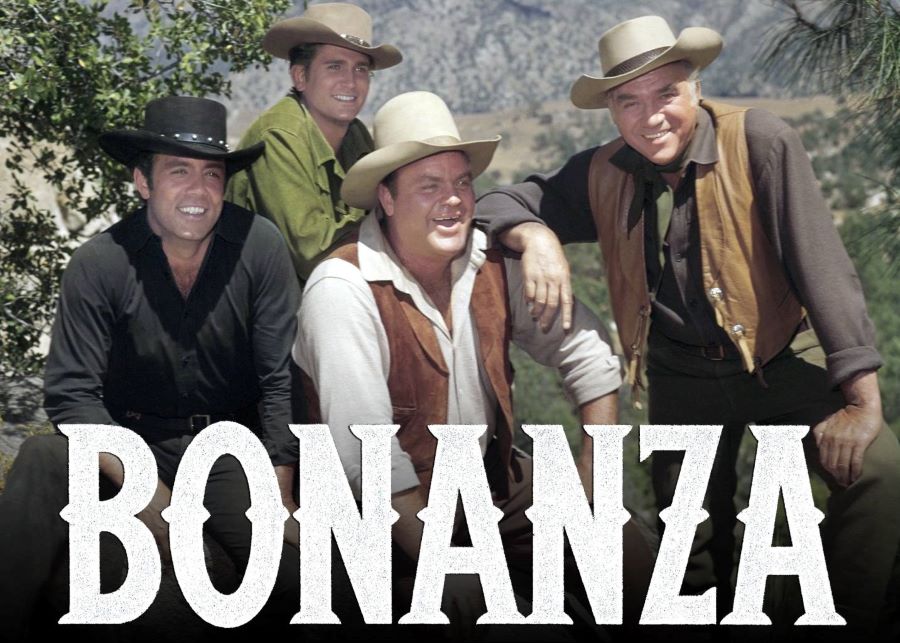 This Is What Happened In The Last Episode Of Bonanza

As a fan, did you expect what happened in the last episode of the Western show Bonanza? What can you say about how this show ended?

Bonanza was the first Western series in color. The series was primarily about the Cartwright family and their daily adventure. The all-male family was the star of television between 1959 and 1973 when the show was running.

Typically, Westerns have a central theme, but it is a flexible genre. Hence when viewers and fans discovered Bonanza, a series that matched the usual subject with a level of flexibility, they got hooked.

Bonanza is one of the greatest Western shows in the history of Westerns. It is the second-longest-running Western in history. It ran for 14 seasons (430 episodes), and the fans wanted more. However, that didn’t happen, even after viewers expressed great dissatisfaction with how the series ended.

What Happened in the Last Episode of Bonanza?

Bonanza‘s final episode, “The Hunter,” aired on the 16th of January 1973. In this episode, Joe meets Cpl. Bill—is a man who has been mentally affected by war and captivity. Bill enjoyed killing helpless victims. For example, he previously went on a shooting spree, wildly shooting around until he dropped dead.

What happened in the last episode of Bonanza is not what many fans have imagined. In addition, the show didn’t end the way many people expected it to go. For such a massive and widely viewed show, fans expected a grand ending but the unexpected death of Dan Blocker (Hoss Cartwright) before the filming of the final season destabilized the show.

This post contains more information on the American western Bonanza. Please read on:

What Was Bonanza About?

The series focused on the daily adventures of the Cartwrights, consisting of their father, Ben Cartwright, and his three sons Adam, Eric “Hoss,” and Joseph “Little Joe.” Ben Cartwright, who had lost his three wives at different times, ran his family and business.

Bonanza had flashback episodes dedicated to each wife. They had each given Ben Cartwright a son before their death.

His sons couldn’t have been more dissimilar. They had contrasting personalities and the first few seasons were about them trying to get around their differences.

Adam Cartwright, the first son, was responsible and serious. He was an architect and built the family’s ranch.

The last son, Joseph or little Joe Cartwright, was hot-headed and rash.

Throughout the series, you would see how different the brothers were from each other.

The family lived on a ranch called the Ponderosa in Nevada. In the song “saga of the ponderosa” by Lorne Greene, he mentions that the Ponderosa is about half a million acres. Ponderosa is the name of pine in the West and most likely where the ranch’s name originated.

The closest town to the Ponderosa, which is at the shore of Lake Tahoe, was Virginia City. Every time the Cartwrights wanted to meet the town’s sheriff, Roy Coffee, or his deputy, they would go to Virginia City.

The show’s storyline moved from the Cartwright’s differences to how they ran their mining business, managed their ranch, and dealt with outsiders who threatened to disrupt their peace.

Bonanza wasn’t like any other regular Western; it was more flexible. It covered different social issues, stirring up difficult conversations. The series offered what most people wanted in a Western without conforming entirely to the general Western theme.

Bonanza took a bold step when people were averse to conversations about racism, especially on television. They didn’t just talk about it; they came from a perspective that many people respected—a humane approach.

In season 3, episode 26 (look to the Stars), aired on the 18th of March 1962, bigotry and Anti-Semitism were the focus. In this episode, Ben Cartwright confronted a school teacher who prejudiced against minority students. The bigot who wasn’t particularly aware of his bias expelled a bright Jewish student Albert Michelson for his experiments. Ben confronted the teacher, and he promised to work on himself.

The second time the show addressed racism was in season 5, episode 30 (“Enter Thomas Bowers”). At the beginning of the episode, Adam discussed the Supreme Court Dred Scott vs. Sanford case with his father. He was angry at the decision, which was prejudiced.

In this same episode, Bowers, an African American freedman, came to perform. However, he got arrested as a fugitive slave. The Cartwrights helped him out. The producers reckon that the show’s sponsors were worried about the reactions the episode would get. They made sure the episode was aired again during a rerun season, but some TV stations blatantly refused to air it.

Other episodes where they dealt with racial issues are “The Fear Merchants,” “The Wish,” and “The Lonely Man.” They also covered a bunch of other subjects like the following:

The Cast of Bonanza

The cast wasn’t particularly famous before the show, but they stole the hearts of their many viewers during the program. Here are some of them:

Lorne Greene as Ben Cartwright: Lorne Greene played the widowed father of three, Ben Cartwright. At the beginning of the series, he was 44. Greene appeared in almost every episode of Bonanza and was absent in only 14 episodes. He was one of the favorite TV dads of that time.

The beginning of the series had an episode dedicated to each of his wives. He remembers them and their time with him. This “no marriage” theme is popular in Westerns. There is always romance, but marriage rarely happens, and when it does, it barely lasts.

The characters in Bonanza fell in love and had affairs. However, every time the relationship went beyond such a relationship, the woman either died or left with somebody else. The typical Western love story!

Pernell Roberts as Adam Cartwright: Roberts portrayed Adam, Ben Cartwright’s first son, the most responsible of the Cartwright Brothers. He was an architect, and he built the family’s ranch.

Roberts left the show before it ended, in its two hundred and second episodes. In his opinion, the series was following the crowd in its storyline. It was sticking to a conventional pattern, and Roberts openly complained to the writers that he hated it. For example, one of the things he hated was that his character was over 30 and still dependent on his father’s approval for everything.

Despite the show’s success, Roberts left. The production tried hard to replace him but couldn’t. They attempted to replace him with Little Joe’s maternal half-brother Clay and an extended member of the Cartwright family Clay, but it didn’t turn out well. Michael Landon strongly opposed having new Cartwrights.

Roberts stayed on the show for an extra year before he finally left, and they mentioned during the series that he had gone to sea. After the death of Dan Blocker, there were discussions about bringing Roberts back on. It would look like he returned to be with his family during their time of need. However, it didn’t work out.

In the episode where the Cartwright family adopted Jamie, Ben Cartwright took him to a witness tree. The tree holds the carved names of his son, except Adam’s name, which wasn’t there.

Dan Blocker as Eric “Hoss” Cartwright:  Dan Blocker was a big guy, weighing about 320 pounds when they picked him for the role. He was one of the most loved characters on the set of Bonanza. The production also loved Dan Blocker as an individual.

In 1972, the set got the bad news of Dan’s death, and they took it badly. They weren’t a real family, but they had formed a lasting friendship on the set. Dan died of a post-op pulmonary embolism.

In the movie “Bonanza; The Next Generation,” they explained that Hoss died—trying to save a woman from drowning.

Landon started his directing and writing career in Bonanza. He practiced with the Bonanza set. He was as strong-headed as his character “little Joe” was.

Ray Teal as Sheriff Roy Coffee: Ray Teal was in over 300 movies and television programs during his 37-year-old career. His role as Sheriff Roy is the longest he had stayed on a TV series. He was in 98 episodes of Bonanza.

Guy Williams was already famous for the titular character in Walt Disney’s series, Zorro. After his brief time with Bonanza, he played the lead in the science fiction TV series, Lost in Space.

Conclusion to What Happened in the Last Episode of Bonanza

The death of Dan Blocker was a tremendous blow to the entire Bonanza cast and crew. After his death, it was almost impossible to keep the show going, although they could have.

The Bonanza series stopped, but its merchandise went on for years.

This post is an overview of Bonanza, and how it ended, including its cast.

Did you enjoy reading What Happened In The Last Episode Of Bonanza? If you are looking for other great western books, check out these authors.

Previous Post
Where Are They Now? Little House On The Prairie Casts
Next Post
The Stranger Full Episode – Bonanza, Season #01, Episode #24