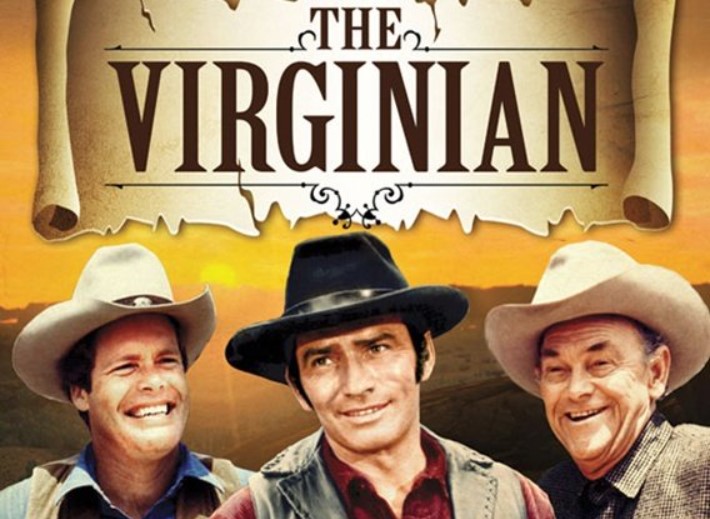 Shocking! Read What Happened To The Cast Of The Virginian

Are you one of the fanatics of western television shows and movies? Are you wondering what happened now to the stars of your favorite western show? In this article, you’ll find out what happened to the cast of The Virginian.

The Virginian aired decades ago on NBC, gaining a massive viewership during its time for the quality of its actors, its storyline, and production. It was entertaining and captivating, and viewers couldn’t get enough of the show.

The Western program starred John Drury as the Virginian, with other well-selected casts like Lee J. Cobb and Doug McClure also stealing the hearts of many viewers.

Decades later, fans can’t wait for the coming together of the excellent casts of The Virginian for another reunion. People were curious about their lives, including how their careers turned out after the show ended in 1971.

That curiosity has led to the question below.

What happened to the cast of the Virginian?

The show ended years ago, and the cast went on to do different things. Some actors featured in other projects, some went into writing, directing, and other aspects of entertainment. Meanwhile, others are relaxing and spending time with their loved ones.

Unfortunately, we lost some cast members, but a good number of them are still alive. The most important thing is that many of them cemented themselves as Western Icons so that we will remember them for a long time.

This post contains more information on the cast of The Virginian. Keep reading!

The Virginian took place in the 19th century. The 1902 novel by Owen Wister called “The Virginian, A Horseman of the plains” inspires the show. The series consists of 249 episodes, making up the show’s nine seasons.

The story is about the foreman of Shiloh Ranch, who is famous for his strength and authority. The foreman is the Virginian in the series and the book. Since the series incorporated bits of the book’s essence, it was only appropriate for the foreman to go by the same name.

James Drury played the Virginian, and he gathered a lot of attention for the role because he embodied the character so well. The Virginian achieved a lot with help from Trampas, his sidekick, and other people.

The foreman was responsible for maintaining a particular orderly lifestyle in the ranch. Many scenes were solely about him, including how he managed to achieve order in the place. He was the show’s star, and so was Trampas because he spent a lot of time assisting the Virginian.

Trampas’ character grew on the show. He was good-looking and well-intentioned, and viewers couldn’t get enough of him. McClure, who played Trampas on The Virginian, got so much attention that most people recognize him as Trampas even after the show ended, and he was in other movies.

The Virginian made history as the third longest-running show on television. Usually, a show can’t go on for eight years with over two hundred episodes without specific minor or significant changes. For example, the producers made changes as the show progressed, and cast members came and left.

One of the significant changes on the show was the production changing the name of the series in the last season. The change was a calculated risk that benefited the show. However, it was still a tad shocking to viewers. The producers changed the name from The Virginian to The Men of Shiloh.

The other changes were minor but noticeable—for example, the ranch ownership changed five different times.

The Characters On The Virginian

The episodes of The Virginian were family-friendly while covering topics on injustice, responsibility, compassion, morals, and overall good behavior. The episodes covered everything from fighting to cattle rides to love and relationships. All of these happened because of the production and actors who played their roles so well.

Here are the characters on The Virginian:

The character, “the Virginian,” was primarily mysterious. He didn’t talk too much and wasn’t open to sharing much about himself, thus maintaining that mystery bubble. He was so vague that no one knew where he came from or what his real name is.

However, everyone knew of his bravery, honesty, respect, diligence, and loyalty. He took the responsibility of managing the ranch earnestly, expecting nothing more from his workers than what he offered. He was a loner who always did the right thing and helped those around him.

Trampas is the Virginian’s sidekick. His character is a breath of fresh air compared to the Virginian’s uptightness. Trampas, before the Shiloh Ranch, was a gambler who was constantly breaking the law. He was formerly unreliable and lazy.

The character Trampas evolved after his encounter with Judge Garth and the Virginian. Although he became more law-abiding and responsible, his personality didn’t change. He is fun and the total opposite of the Virginian. However, his character got him into trouble sometimes. Viewers loved him, though.

Steve Hill, the cowhand, got kicked off a train in the middle of nowhere. Nowhere coincidentally was in a ranch that was Shiloh’s competition. Steve ended up working in Shiloh because he spoiled an attempt to ruin the Shiloh Ranch. Judge Garth hired him, and he would become best friends with Trampas and the Virginian. He often got Trampas out of trouble, which he was in a lot.

The first owner of the Ranch was Judge Garth. He seemed unapproachable because of his appearance, but he was pleasant and accomodating. He became a father figure to many in Medicine Bow. He was also a role model, advising people who asked him for it, the Virginian included.

James Drury After The Virginian

James Drury played the Virginian, the foreman of Shiloh Ranch in the Western series. He was one of the biggest names to come out of The Virginian; indeed, the star of the show. Unfortunately, Drury died at 85 on April 6, 2020.

After the Virginian Drury, he was in many other shows like Firehouse, Texas Ranger, Ironside, and Walker before his death. He lived in Texas for a while, with his wife Ann Drury (she died in 2019) investing in oil and gas.

Although James is no longer with us, fans of The Virginian will never forget him for the stellar performance he gave in every episode of the show.

Gary Clarke After The Virginian

Gary Clarke was Steve Hill in The Virginian. He left the show in 1964, after 45 episodes, to develop his career. However, Clarke remained in contact with some other members of The Virginian Cast. He even worked on a project with James Drury called Billy and Bandit.

Clarke was in a couple of other shows after The Virginian like the Western “Hondo,” The Young Riders, and Dynasty. He currently lives in Texas with his third wife.

Randy Boone’ After The Virginian

Randy Boone, who played Randy Beton on the show, is currently 79 years old. He gained popularity as “the singing cowboy” and made an album with Roberta Shore after the series ended.

He later bagged himself a record deal, but his musical career wasn’t successful, at least commercially. His most recent feature in a film was decades ago. He also featured in the Westerns, Hondo and Bonanza. He is married to Lana S. Redrick.

Roberta Shore’s Life After the Virginian

Roberta Shore played Betsy Garth, Judge Garth’s daughter on The Virginian. Roberta was famous for being the only female lead character on the show. She is now focused on her walk with God alongside her husband. They both serve in the Latter-day Saints, the Mormons church.

After leaving The Virginian, she starred in a few shows before moving to Utah as a Disc Jockey. It was during her time in Utah that she met her husband, Ron.

Cobb played the role of Judge Garth, the owner of Shiloh Ranch, for three years before leaving the show. He died in 1976 at 64 years old. Lee J. Cobb was an established actor. Before The Virginian, he had worked on various projects, and he continued doing so after the show.

He was on Broadway, making history for the longest run on Broadway. He also acted in movies such as The Exorcist, Doctor Max, and a documentary called Suddenly An Eagle.

Don Quinne’s Life After The Virginian

Don Quinne played Stacey Grainger in The Virginian. Quinne didn’t do much acting after playing Stacey in the show. He shifted almost entirely from acting to authoring. He released his first book in 2018 and is said to be working on the release of another. Quinne is currently 82 years old.

Doug McClure’s Life After The Virginian

Doug McClure was Trampas, the sidekick who won the hearts of so many viewers with his good looks and charm. Trampas was on The Virginian from the beginning to the end of the show. He starred in other Westerns after The Virginian ended. He even got a star in the Newhall’s Western Walk of Fame.

His last film on television was the 1994 Maverick. He died at the age of 59 in his home after battling lung cancer.

Conclusion to What Happened to the Cast of the Virginian

The Cast of The Virginian left an impression in the hearts of casual viewers and avid fans. Although some of them have passed, we would hardly forget their skills and role in The Virginian. It’s not every day one gets to view such gifted movie stars on the big screen.

As much as many people would like to see the casts of The Virginian work together again, it’s apparent that such a thing won’t happen. Death has snatched away some of the cast members, while the others may be at a level where they can’t perform like they used to do.

This post is an overview of what happened to the cast and the different characters in The Virginian.

Did you enjoy reading What Happened To The Cast Of The Virginian? If you are looking for other great western books, check out these authors.

2 thoughts on “Shocking! Read What Happened To The Cast Of The Virginian”