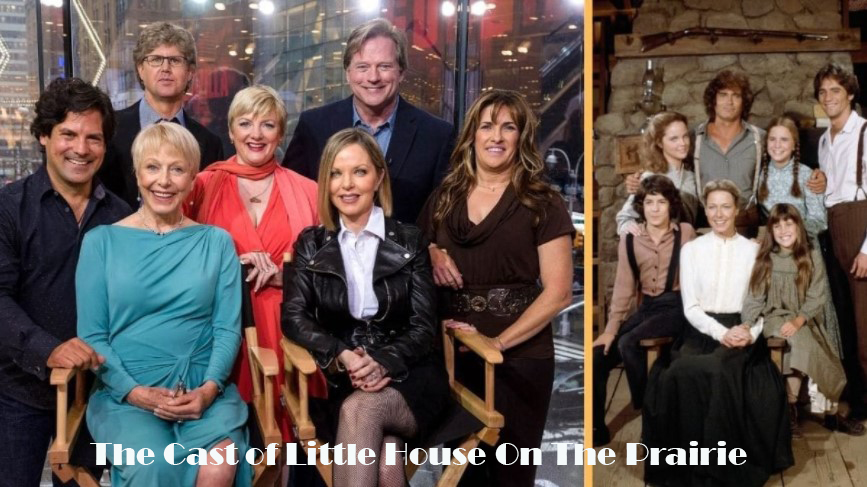 Where Are They Now? Little House On The Prairie Casts

The Little House on the Prairie is one of the most loved TV classics of all time. Laura Ingalls Wilder’s Little House book series, a story about the author’s life, became the basis for the television series.

The story took place in the 19th century, following the Ingalls Family in Walnut Grove. Viewers loved almost everything about the series. The characters were charming and relatable, and they drew many people to them.

The show ended after nine seasons, but the Ingalls Family story continued in the three post-series films. The cast members moved on after this, and the viewers of Little House on the Prairie, who loved the characters they played, can’t help but wonder what happened to them after the show.

Where are they now? Little House on the Prairie Casts

The Little House of the Prairie ended decades ago. Some of the cast members were children when the show started and grew into adults on the show.

The actors took different paths. Some have featured in other projects after the show. Others went into directing, teaching, producing, and other aspects of entertainment. Some have chosen to retire and spend time with their families.

Sadly, we lost some cast members, but a good number of them are still alive.

This post contains more information on the topic. Please read on:

What Is The Little House On The Prairie About?

The book and the series focused on Laura Ingalls, the other Ingalls, and their lives in their simple Walnut Grove house. The family consisted of Charles and Caroline Ingalls, the parents, their biological children (Mary, Laura, Carrie, Charles Jr, and Grace), and their adopted children (Albert, James, and Cassandra).

Laura Ingalls was the narrator, as the series was about her and her journey through life in Walnut Grove. She narrates throughout the series, taking us through different stages of her life: her childhood, becoming an adult, getting married, and having a child.

The series had several other characters that were part of the Walnut Grove town. These characters include Rev Robert Alden, the Oleson, Miss Beadle, The Carters, and many more.

The Cast Of Little House On The Prairie After The Show

Here are some of the cast members of the Little House on The Prairie, including what they have been up to since the show ended decades ago:

Michael Landon: Landon played Charles Ingalls, head of the Ingalls family, on the show. The Western actor joined the Little House on the Prairie after Bonanza got canceled.

Landon directed more than eighty or the 204 episodes of the show.

He left the regular cast in the final season, making guest appearances after. Then, his focus shifted to writing, directing, and producing.

After Little House on the Prairie was over, he combined his many talents in making and featuring in Father Murphy and Highway to Heaven. Landon died from pancreatic cancer in 1991.

Karen Grassle: Nobody knew Grassle when she got the job to play Caroline Ingalls, wife of Charles Ingalls and mother to the Ingalls Children. The Little House on the Prairie was Grassle’s first time on a television show. It was the beginning of her career.

After the series ended, Grassle started a resource theater company in Sante Fe. She also worked as the company’s artistic director. Her love for theater took her to the Actors Theatre of Louisville, where she also worked.

She has also been making occasional screen appearances. For example, she was on Murder, She Wrote.

Melissa Sue Anderson: Anderson plays Mary Ingalls, the oldest Ingalls child who goes blind due to an illness. She later became a teacher at a school for blind kids and married a blind teacher there. Mellisa Sue Anderson wasn’t famous before she got into the show.

After the series, Anderson was in several TV shows like Murder, She Wrote. She released a book titled “The Way I See It: A Look at my Life in a Little House,” talking about her time as a child actor. She is currently married to a Canadian writer.

Mellisa Gilbert: Melissa Gilbert got selected for the role of Laura Ingalls from about a hundred little girls. We watched Gilbert grow in the set of Little House on the Prairie. She went from a young tomboy to a young woman falling in love and getting married. Mellisa Gilbert’s brother, Jonathan Gilbert, was in the show as Willie Oleson.

After the show ended, Gilbert continued her acting career. She appeared in television films and shows, like 7th Heaven, Stand By Your Man, Sweet Justice, and many more like Dancing with the Stars.

Alison Arngrim: Arngrim played Nellie Oleson, a fictional character in the series. She was a young girl whose parents were in charge of the Mercantile in the small town, Walnut Grove.

The character was sassy and also Laura’s nemesis and rival on the show. The two were complete opposites. Arngrim had initially auditioned to be Mary Ingalls or Laura Ingalls. She didn’t get either role but delivered the “bad girl” role so well that she was known as Nellie for a long while.

After the show, Arngrim was in a few feature films, such as Le deal, Make the Yuletide Gay, The Last Place on Earth, and many more. In 2010, she released a book about her Little House on the Prairie experience entitled Confessions of a Prairie Bitch: How I Survived Nellie Oleson and Learned to Love Being Hated.

Jason Bateman: The James Cooper Ingalls role was Bateman’s first TV role. He played the character of an orphan and was on the show for only two seasons with 21 episodes.

After the show, Bateman became a big star. He has starred in some big movies and shows like Ozark, Arrested Development, Zootopia, Horrible Bosses, and Game Night. He started directing, including some of the shows on which he made appearances.

Richard Bull: Bill played Nels Oleson. Nel was on the show from seasons one to nine and also in all the post-series films. He ran the Oleson’s Mercantile with his wife, and it wasn’t uncommon to see them bickering in their store.

After the show, Bull was on many other shows, including ER, Highway to Heaven, Boss, Designing Women, and Hill Street Blues. Unfortunately, in 2014 Richard Bull died from pneumonia.

Katherine McGregor: McGregor played Harriet, Nel’s wife, Nellie’s mother, a complete gossip queen, and the proprietor of Oleson’s Mercantile. She was in the series for nine seasons.

Little House on the Prairie was MacGregor’s last time on screen. She decided theatre was a better option for her. She taught children’s theater before she died in 2018.

What Happened In The Final Episode?

The last episode of the Little House on the Prairie ended with an episode entitled “The Last Farewell.” In this episode, the citizens of Walnut Grove, spurred on by Laura Ingalls, blew up the entire town building by building.

A developer had acquired the town. Additionally, the town’s occupants received threats of eviction if they didn’t work for the new owners of the land. Therefore, the occupants decided to leave.

Laura was upset and started destroying her windows. Meanwhile, an occupant of the town saw her and had an idea to burn down the place. This way, the developer doesn’t benefit from anything they had built.

The citizens collectively agreed to burn down the town, which they did. The developer couldn’t do anything about it because they were within their legal rights.

It was sorrowful to see the town go down in flames, especially since it has witnessed the Ingalls through the nine seasons of the spectacular show.

Why Was The Show Canceled?

The show ended after 208 episodes (204+4 specials) because the network decided to cancel the show due to its inability to keep the ratings up. Before the show’s last season, the rating had been declining, and by the final season, it was at its lowest.

The second reason that contributed to the cancelation of the show, according to Michael Landon, was Mellisa Gilbert.

Mellisa, who played Laura Ingalls, started on the show as a young girl, always meeting her father for advice. She grew up on the program and even started her own family. It seemed awkward for her to keep going to her father for advice as a married woman, so the producers had to do something about it.

On the other hand, the network admitted that they didn’t think the show would have gone on for so long.

The cast of Little House on the Prairie moved on to different things after the show, and post-series movies moved on to several things. They gave us a great program, and although some of them are no longer with us, it would not be easy to forget them.

They were masters of the craft and gave everything to entertain us for many years. The memories of these great entertainers will remain with us for generations to generations.


Did you enjoy reading Where Are They Now? Little House On The Prairie Casts? If you are looking for great western books, check out these authors.

Previous Post
Is Hell On Wheels Based On A True Story? Check This Out
Next Post
This Is What Happened In The Last Episode Of Bonanza