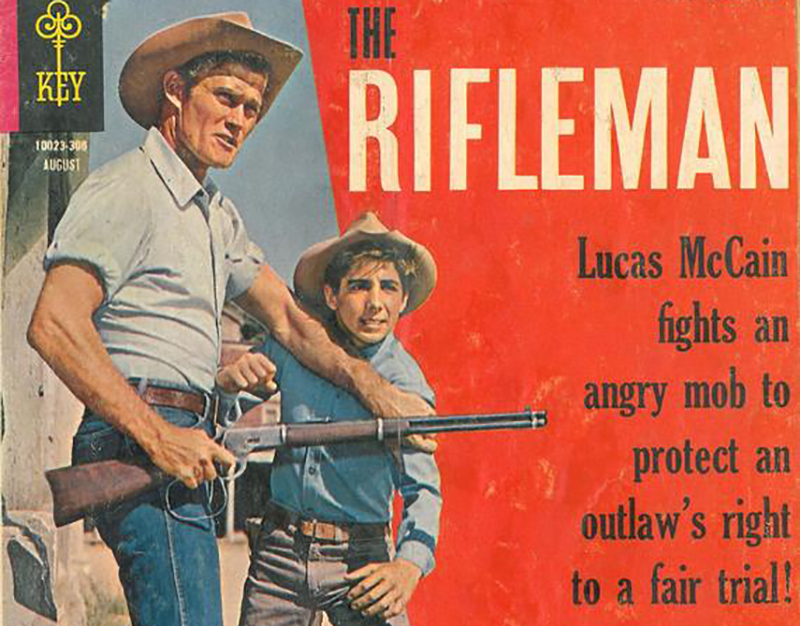 Where Was The Rifleman Filmed? Find Out In This Post

The Rifleman graced the big screen decades ago, and people of all ages cherished the movie back then. Despite this, The Rifleman‘s entire program didn’t bring the desired success its producers, Four Star Productions, had envisaged. However, there are various things to learn about The Rifleman, like where it was filmed. Aspiring producers, scriptwriters, actors, and actresses can pick something by studying the series.

Before we proceed further, let’s answer a crucial question about the show.

Where was the Rifleman filmed?

The Rifleman boasts various elements that will blow your mind away, despite being a 1958 series.

The program took place in the New Mexico Territory, in a somewhat small town called North Fork. The question is, was that where it got filmed? No! Four Star Productions filmed The Rifleman in Los Angeles, California, United States of America. To create a realistic setting, the company used Hollywood’s cutting-edge production tools available at the time. They built sets, which represented structures and buildings during that period, and used elaborate backdrops.

Additionally, the production filmed The Rifleman in a range of locations. These include Malibu Creek State Park, Chatsworth, Iverson Ranch, Calabasas, and Paramount Ranch in Santa Monica Mountains.

As you can see, The Rifleman used more than one location to film its scenes, making the film unique and convincing in this aspect. Moreover, access to Hollywood’s hardware helped the producers deliver one of the hit series to have ever graced the big screen.

Those were the places where the filming of The Rifleman took place. Other than that, we have more information about this incredible show. Continue reading!

A show’s story plays a huge part in making a movie unique. Scriptwriting and the production’s financial capability to shoot the program also contribute to this aspect. Ultimately, it’s a fact that finding suitable actors who can perfectly interpret their roles is what completes the entirety of a show’s success.

The Rifleman‘s production started in 1958, and it was aired on ABC the same year. Chuck Connors played the lead character, Lucas McCain, in The Rifleman. He became known as the Rifleman, and he played his role so well.

The story of The Rifleman revolves around Lucas McCain, a widower, and West rancher, raising his son all by himself. McCain was a skilled and highly gifted shooter who could shoot around in record time using his modified Winchester Rifle. With his high moral values and no-nonsense personality, Lucas would assist Marshall Micah Torrance by fighting against criminal elements and maintaining law and order within the land.

Lucas was a dedicated rancher and a peacekeeper. During his time, the influx of visitors into the city made the land so unpeaceful. As a civil war veteran, Lucas wasn’t ready to accommodate such conditions. He was determined to free the town of unscrupulous elements and bring back the peace and order the city once had. Lucas was a man of peace who also fought for the oppressed, and he didn’t resort to violence as the first option to fix problems. For him, violence was the last thing to do when all other options failed.

Aside from its story, The Rifleman also displays several good values, which makes the entire 168 episodes worth watching.

Who Produced The Rifleman?

The Rifleman, a show about a noble rancher who got tempted to take up arms and defend his once peaceful city, was produced by Four Star Production, established in 1952.

Joel McCrea, David Niven, Dick Powell, and Charles Boyer were the founders of Four Star Productions. However, Joel McCrea left the company soon after its formation, leaving the door open to Ida Lupino.

Four Star Films wasn’t just an affiliate company to Four Stars Production. It functioned on its capacity and got credited with producing several must-watch shows during that time.

Speaking from facts, Four Star Films produced The Rifleman. However, there’s nothing wrong in stating that the movie belongs to Four Star Productions, its parent company. They only formed the affiliate, Four Star Films, Inc., to handle movies and TV show production.

Who created The Rifleman? The credit goes to Arnold Laven and Sam Peckinpah for putting the program together. However, other scriptwriters also drafted some episodes.

Who composed The Rifleman? The credit goes to Herschel Burke Gilbert, an award-winning scriptwriter, and three-time Oscar nominee, for forming the hit show, The Rifleman. Before composing The Rifleman, Herschel hadn’t produced any major work. The Rifleman was his first hit show, and he was making the transition into television at the time. Other famous works Herschel also did include The Burke Law series and The Detectives, which became a hit back then.

How Many Seasons Does The Rifleman Have?

The Rifleman had 168 episodes spread across its five seasons before the producers decided to call it quits. It was a difficult decision to make, considering the show’s popularity and fan base at the time.

Let’s check out the names of each season’s first episode, release date, and more.

Sam Peckinpah wrote the first episode entitled “The Sharpshooter,” which aired on September 30, 1958.

The first episode started with Lucas McCain and his young son, Mark McCain, discovering the ranch of their dreams. However, it would take an immense sacrifice to possess the place. Lucas had two options: giving up his son or the property.

The first season reached its end on June 30, 1959, with 40 episodes, the highest in all five seasons.

The second season’s first episode aired on September 29, 1959. It was titled “The Patsy” and written by Harry Kronman.

In this episode, three top gunfighters, Dennis Cross, Steven Marlo, and John Anderson, used a cowardly barber, including his son, to convince Lucas McCain to kick-start a gunfight with them. Their mission was to take Lucas’ life and, after that, claim the once peaceful town.

The episode showed three armed robbers who held Mark hostage to force Lucas McCain to do their bidding—to rob North Fork city’s bank. Failure to do so would lead to Mark’s death.

The third season had 34 episodes in total.

Arthur Brownie Jr. wrote the first episode of this season entitled “The Vaqueros.”

In this episode, Lucas showed a group of bandits how radical and fierce he could be by singlehandedly defeating them.

The fifth season’s first episode aired on October 1, 1962. It was entitled “Waste: Part 1” and written by Robert Culp.

In this episode, Micah and McCain landed in a ghost town but were unlucky to have met several bandits. Both were taken as prisoners by the dreaded group.

The season reached its finale on April 8, 1963, ending with 26 episodes, the smallest in all five seasons.

Where was The Rifleman filmed?

To conclude, the program had its scenes filmed in several locations within the United States of America. Among these locations were Malibu Creek State Park, Iverson Ranch, Chatsworth, Calabasas, including the Paramount Ranch in Santa Monica Mountains.

With five seasons and 168 episodes, The Rifleman was indeed a hit back then. However, unable to sustain its rating season after season, the producers ultimately decided to end the program.

4 thoughts on “Where Was The Rifleman Filmed? Find Out In This Post  ”