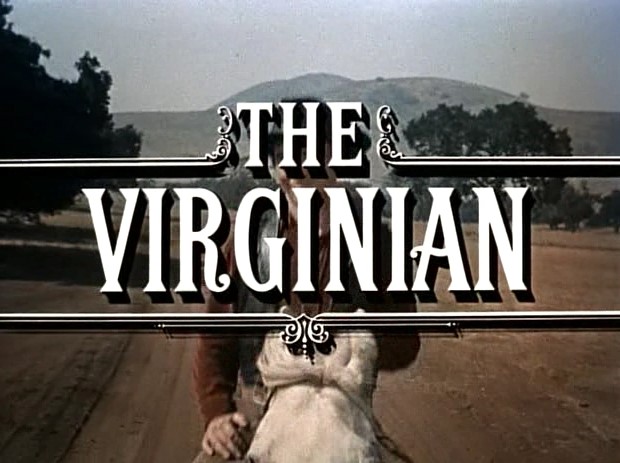 Where Was The Virginian Filmed? Check Out The Details

If you are an avid fan of the Western television series “The Virginian”, you probably want to know everything about the show, including how it’s made, the characters, and where it was filmed.

The Virginian was the first 90-minute Western series on television. The series was way ahead of its time. The filming was in color with first-class actors, which was massive for a movie made in the 60s.

The storyline wasn’t like the regular Western series; it was a work of art. It was profound but subtle, making it almost impossible to guess the particular turn each episode would take. Some scenes were tragic, while others were poetic. It was an excellent miss of suspense.

The series’ excellence and futuristic approach didn’t end in its casting and storyline. Their filming locations were top-notch. The series was set in Wyoming even before Wyoming became a state in 1890. The locations used for filming The Virginian were picturesque and relatable.

Where was the Virginian exactly filmed?

California was the major filming location of The Virginian.

Here are some of the locations where The Virginian was filmed:

This post contains valuable information on the topic. So, continue reading.

The Virginian series had nine seasons and 249 episodes. Like most Westerns, its setting was in the late 19th century. The story got its foundation from the 1902 novel “The Virginian, A Horseman of the Plains” by Owen Wister. It focused on the fierce and formidable foreman of the Shiloh ranch.

In the book by Owen Wister, The Virginian always refers to the foreman. Drury played the role of the foreman alongside his main help, Trampas. They were the only characters that stayed throughout the entire show. Sheriff Abbott, played by Rose Elliott, appeared in the nine seasons, but only 61 episodes.

The series’ central focus was the foreman and the different ways he tried to maintain order at the Shiloh Ranch. The foreman was the star of the show, but so was Trampas.

Trampas got a lot of attention. His character progressed so well that McClure, who played Trampas, is known mainly for portraying Trampas despite his many other movie roles.

The show lasted nine seasons, making it the third longest-running western on television after Gunsmoke (20 seasons) and Bonanza (14 seasons). Therefore, it was common for changes to occur as the show progressed. The producers made changes to the cast throughout the nine seasons.

For example, the ranch initially belonged to Judge Henry Garth, at least for the first four seasons. However, by the season finale, the property had passed through four other owners.

The changes continued until the final season, but what happened in the last season was more than just changing cast members. They changed the show’s name from The Virginian to The Men From Shiloh.

The pilot episode called “The Virginian” aired in 1958 and was part of the “Decision” series, which also aired the pilot for three other series.

There were noticeable but intentional differences between the pilot and the main series. For example, the Virginian had a Southern accent you couldn’t miss, and he wore a belt with CSA inscribed in the buckle. The inscription was to show that he was in the confederate army.

The network’s decision to show the Virginian as a member of the confederate army was so that viewers could tell that the pilot episode took place years before the series. In the pilot, the Virginian got an invite to be an accountant at Judge Henry’s ranch.

The Last Season Of The Virginian

After season eight, the network changed the show’s name from The Virginian to The Men From Shiloh. The change happened without enough explanation, but the positive effect it brought can’t be ignored.

The name change came with a change in the show’s overall look. The Shiloh Ranch had a new owner Colonel Alan MacKenzie. Additionally, new characters like Lee Majors and Roy Tate joined the show.

People didn’t quickly adapt to the new name. Therefore, in the United States and some other countries, the show started going by the extended name The Virginian: Men from Shiloh. However, in the end, some people never acknowledged the new name, extended version or not.

The show underwent a meticulous change and restructuring. For example, the opening song and general style of the program changed. The show had a new opening song by Morricone, and the cast had a wardrobe lift. Their style started leaning towards the spaghetti western, which was gaining popularity at that time.

The changes made had a remarkable effect on the show. They started having better rankings which were great, as they had dropped significantly in the previous year. That year, the show made it to the top 30 primetime shows, with only four other western shows on the list.

Another thing that was different in the new and final season was how the main characters appeared. The network started rotating lead actors, with one lead actor appearing every week. During the season, Lee Majora and Doug McClure, two of the four leads, didn’t appear together in an episode.

Lastly, the ranch, which used to get so much attention, wasn’t the sole focus of the season. It got minimal airplay because the main characters were mostly away from the ranch. The network decided to end the show and move to something a little more urban. The show ended on the 24th of March 1971.

As much as the show saw many cast changes, some characters were consistent for seasons and were pivotal to the show’s success. Here are a few characters in the Virginian:

James Drury played the role of the Virginian, the formidable foreman in charge of the Shiloh Ranch. Just like the character in Owen Wister’s novel, he commanded with respect.

The difference was, the producers put him in the ranch from the first episode to give the impression that the foreman had always been part of the ranch. However, in the book, he wasn’t always the formidable foreman. He went from deputy foreman to foreman only after the judge promoted him.

The Virginian had a signature look. He always dressed in a maroon red shirt with a black leather vest, a black hat, black boots, and revolver. The producers wanted him to appear mysterious and unattainable, so they tried to keep little details about the Virginian from the viewers, like his name or past. He was an intriguing character that viewers were always trying to demystify.

He remained the foreman of the ranch under the five different Shiloh ranch owners. His character was the most consistent, and Drury was one of the two cast members who stayed until its final season.

The character Judge Garth Cobb was stern. The producers wanted him to have a soft side, so they made him a father figure to the people of Shiloh. Judge Garth left the show in its fourth season.

The Trampas in the series had an entirely different personality from those of the novel. The aim of this was to balance the Virginian’s serious demeanor—like fire and ice. Doug McClure played the role so well, adding light comedy occasionally to the series.

Roberta Shore played the role of Betsy. She was Judge Garth’s only child. Although he wasn’t her biological parent, he treated her as his daughter. In season four, she moved to Pennsylvania after marrying a minister.

Steve Hill was Trampas’ best friend. Gary Clarke played the role of Steve but eventually left the show at the end of season two. In season three, Doug McClure replaced him. He had previously appeared as a guest star in some episodes of the show’s past seasons before his final season.

Clu Gulager was on the show for four seasons as the deputy, Emmett Ryker, and is known for his restlessness. He left the show in its sixth season but returned briefly in the seventh season. Gulager gained popularity for his lead role in The Sopranos.

Where Was The Virginian Filmed Conclusion

As a nine-season series, there is no denying that The Virginian had a successful run. The producers’ risk-taking tactics contributed hugely to the success of the show. From filming in color, changing cast members, and changing the name of the series entirely in the last season, the producers were on a roll.

This post is an overview of the Virginian series, where it was filmed, and the various characters.


Did you enjoy reading Where Was The Virginian Filmed? If you are looking for other great western books, check out these authors.

Previous Post
Why Did Ward Bond Leave Wagon Train? A Must-Read
Next Post
Where Was Bonanza Filmed? Check It Out