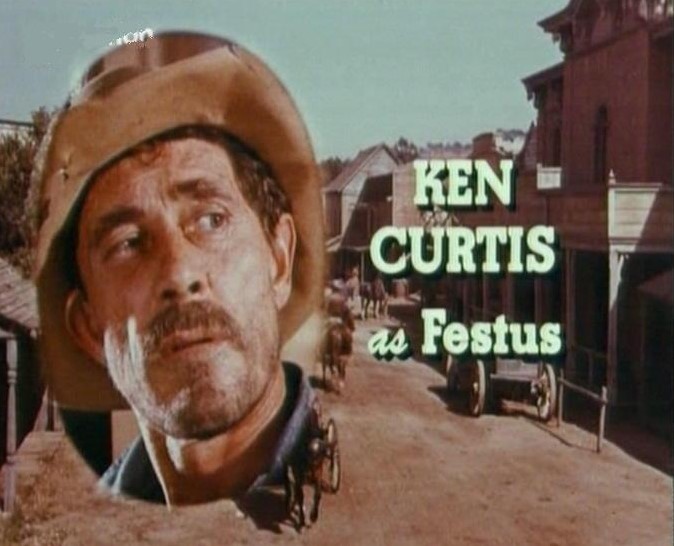 Why Did Festus Leave Gunsmoke? Here’s The Truth

Why did Festus leave Gunsmoke? If you are a fan of this Western Television series, continue reading to know the truth.

Only a handful of television shows can boast of lasting for 20 seasons, and shockingly, Gunsmoke can! The American Western series had 20 seasons, with 635 episodes aired in 20 years.

Gunsmoke was a popular and successful show, going from a 30- minute run on television to an hour. Characters came, stayed, and left. However, some characters made more impressions than others.

Festus was one of those unforgettable characters. Despite the production’s fear that people wouldn’t accept him as a replacement for Chester, he gained popularity. He was the character people couldn’t place in a box—a character they loved and hated.

Why did Festus leave Gunsmoke?

Festus was a character on Gunsmoke until 1975: when the network ended the show. He made his first appearance in the eighth season of the show and stayed on for eleven years. He probably would have continued on the program if it hadn’t ended.

In the eighth season, he appeared a few times to make it easy for the audience to accept him as deputy Chester’s replacement in the ninth season. He fully joined the cast on its ninth season, on an episode called the “Prairie Wolfer.”

Since the show didn’t continue after its twentieth season, it is impossible to say what happened to Festus; if he would have stayed put or left Gunsmoke.

Do you want to know more about Gunsmoke and Festus? If yes, keep reading!

What Was Gunsmoke About?

Gunsmoke was formerly a radio show entitled called Gun law. It is one of the most popular Western television shows from the mid-1950s to the 1970s. It was so well-loved that it went from airing for 30 minutes to an entire hour.

The Emmy award-winning show focused on Matt Dillon, a United States Marshal, saddled with maintaining law and order in a town close to the United States border. The series took place in Kansas (Dodge City).

The different seasons and episodes involved Dillon fighting robbers, bandits, and various people or groups that threatened the town’s peace. The fighting was mostly against invaders, and he fought alongside his allies.

Dillon’s allies were his supporting characters. His main ally was Marshal Chester Goode, who Festus Hagen replaced after about nine seasons. There was also Doc Adams, the town’s physician, and Kitty Russell, the owner of Long Branch Saloon.

The show’s success relied mainly on the drama and suspense that spun from resolving seemingly serious situations. Issues get settled in ways that many people couldn’t pinpoint Dillon’s stand on morality. The subject of righteousness got handled with ambiguity, and viewers seemed to find it refreshing.

The show’s success prompted other production companies to try making something similar. However, none of them lasted or thrived for as long as Gunsmoke did.

Who Played Festus In Gunsmoke?

Ken Curtis played Festus, Dillon’s sidekick, in Gunsmoke. He played the role from 1963 to 1975, sealing himself as an actor. Curtis originally entered Hollywood as a singer with the swing bands, later becoming a singer and an actor.

People who knew Curtis felt the character “Festus” wasn’t too difficult to play because of his background. His father was a sheriff, and he had spent time working on a jail farm as a child. He had also served in the US Army during the Second World war.

Curtis pursued music for a long time and, after a while, added acting to his pursuits. Besides Gunsmoke, he was in other movies and TV series like Rawhide, Cheyenne Autumn, How the West Won, Perry Mason, Wagon Master, etc.

Curtis died at 74 in his sleep, leaving behind his wife and two children.

Who Was Festus In Gunsmoke?

Festus was one of the main characters in Gunsmoke. He was also Dillon’s deputy. Before he became Dillon’s deputy, he was a Hillman with a ragged appearance who wanted to avenge his brother’s death.

As shabby as he was, his character was loveable, and many found him endearing. He would come back later in season nine as Dillon’s deputy Marshal and would later become his friend as well.

How Did Festus Become Deputy Marshal on Gunsmoke?

The switch happened in season nine, in the episode “The Prairie Wolfer.” The production made sure that all three characters (Dillon, Chester, and Festus) appeared in an episode together. There was a scene where they all shared a hug—to make the fans accept Festus easily.

What You Should Know About Gunsmoke

The show aired many years ago, but it is still talked about by people of all ages, especially those who watched and enjoyed it.

Here are few things you should know about the show Gunsmoke:

James Arness was in all 635 episodes:

James Arness played the role of Dillon in Gunsmoke, the only character to appear in all 635 episodes of the television series. Milburn Stone, who played Doc Adams, performed almost in all episodes, except he missed six because of a heart attack.

It was the number one show on television:

The show became a hit. It kept the number one spot for about five consecutive years and kept doing well in the following years despite losing its rank.

It was difficult to cast Marshal Matt Dillon:

It was hard for the show to find someone suited for the role. This difficulty was because the production wanted to have John Wayne, who refused to take the position.

They tried out 26 different actors. Even the person who did the voice-over for Marshall Dillon in the radio show didn’t get picked as they thought he didn’t have the looks for the show. Finally, James Arness, who John Wayne recommended for the show, bagged the role.

His main character was Festus, but he also acted as a cattleman who was friends with Chester Goode but got killed.

The radio show was running with the television show:

Many people think the radio show stopped when the television show started, but it didn’t. The radio show ended after about 400 episodes in 1961.

The show had many notable guest appearances:

The Brady Bunch (Cindy, Peter, and Jan) and some Star Trek stars (Spock, Scotty, Bones, and Kirk) made guest appearances in Gunsmoke.

The phrase “get out of Dodge” became popular because of the show:

The show took place in Dodge City, Kansas, so Dillon would send criminals out of the town saying, “get out of Dodge.” The phrase became popularly used among fans and soon for non-fans as well.

The show was once the show with the most episodes ever:

It won a primetime award for the most episodes on television until the Simpsons surpassed it.

No one knew the network planned to end the show, so the fans didn’t get to see even a goodbye episode. The program ended on its 20th season, at a regular episode, which was sad for the cast, crew, and fans.

What You Should Know About The Final Episode Of Gunsmoke

It was almost unbelievable that a show with such a long and successful run didn’t end in a grand style. The end was a usual episode entitled “The Sharecroppers,” mostly centered on Festus.

Here are a few things you should know about the last episode of the great Gunsmoke:

It was Milburn’s last time on screen:

Milburn Stone, who played Doc Adams and was in 629 episodes, died five years after the show ended without featuring in the Gunsmoke TV movie or any other movie for that matter. He died at the age of 75.

The cast and crew didn’t know:

The actors and the production team didn’t know that “The Sharecroppers” would be the show’s last episode. They believed they were going to come back to shoot another season. However, the network didn’t inform them about ending the show. Some of them had to find out about the cancellation from the Hollywood Reporter.

The network had tried to cancel the show before:

The first attempt to cancel the show wasn’t acceptable to most fans, so the network had to keep it running for as long as it did.

The “Sharecroppers” episode was not the last episode filmed:

Sharecroppers was the final episode aired, but it wasn’t the last episode the cast filmed.

The last episode they worked on together was “Hard labor.”

This post is an overview of the character Festus and the successful television show Gunsmoke.

Did you enjoy reading Why Did Festus Leave Gunsmoke? If you are looking for other great western books, check out these authors.

39 thoughts on “Why Did Festus Leave Gunsmoke? Here’s The Truth”