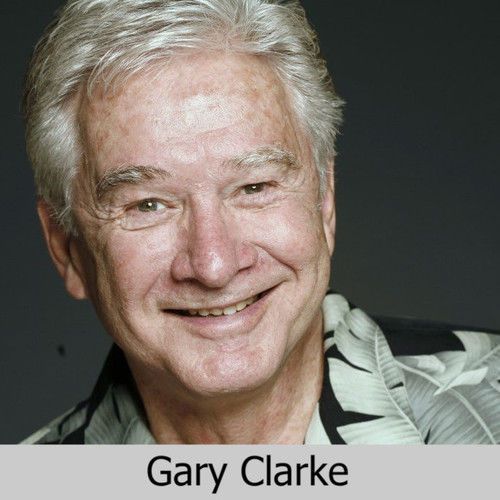 Why Did Gary Clarke Leave The Virginian? A Shocking Revelation

Why did Gary Clarke leave the Virginian? Continue reading to find out the answer to this question.

The long-running Western series, The Virginian, came on air around 1962 to 1971. The series had a large viewership for many reasons: its top-notch production, brilliant storyline, and excellent casting.

The cast members were relatable and gave excellent deliveries to their characters. For example, cast members James Drury, Doug McClure, and Gary Clarke played characters displaying a dynamic friendship. Their on-screen chemistry was second to none.

Surprisingly, Gary Clarke didn’t stay on the show for a long time—he left after the second season. Many fans believed that he would come back in the later seasons. The reason was not that he’s a great actor, but his character was close friends with the Virginian and his sidekick. They were the favorite trio at that time.

Why Did Gary Clarke Leave The Virginian?

The network didn’t offer any concrete information on why Gary Clarke left The Virginian. However, his character began to phase out in season two.

However, Clarke started to pursue his career as a screenwriter and producer after he left the show. He was in The Virginian between 1962- 1964. He left after filming the second season and appeared as a guest a few times in season three.

After the Virginian, he was in one more Western as a cast member and then moved behind the screen for a while. He has been in movies like the Young Riders, Dynasty, and many more.

Who Is Gary Clarke?

Gary Clarke is an American actor known for his role as Steve Hill in The Virginian. Clarke’s first appearance on screen was in Dragstrip Riot. He got a role in the 1958 film because an agent, Griffith, had seen him perform at Glendale and thought he would make a good fit for the film. Fortunately for Clarke, the film lost the lead role, so he got the part.

Clarke (88 years old now) worked on different sets before acting the Steve Hill role on The Virginian. He was on How to Make a Monster, Passion Street, Date Bait, and Missile to the Moon. According to him, he had a contract with Universal Pictures as a contract player.

He appeared in the Western Laramie as Tad Kimball, a friend of Jess Harper played by Robert Fuller. He also played duck Hamilton in the TV series Michael Shayne around 1960 to1961

After he left The Virginian, he was in the ABC Western series Hondo in 1967. Clarke said that he and actor Steve Inhalt wrote the screenplay for Strike Me Dead, directed by Ted Mikels. However, the movie credits didn’t show Clarke as one of the screenwriters, although Inhalt’s name was there.

He would later get credits with his birth name (Clarke Frederick L’Amoreaux) for writing many parts of the NBC sitcom, Get Smart.

In the 90s, he wrote and produced public service announcements, featured in a few movies, and narrated short films. Clarke worked on a project with James Drury, Billy, and the Bandit before Drury died.

Clarke has been married three times and has five children (Jeff, David, Denis, Natalie, and Ava) from his first and third marriage. As of 2011, Clarke lived in Austin, Texas.

What Was The Virginian About?

Like most Westerns, The Virginian took place in the 19th century. With nine seasons and 249 episodes, it was one of the longest-running Western in history. Owen Wister’s 1902 novel “The Virginian: A Horseman of the Plains” became the basis for the show. It was about the firm, mysterious and respected foreman of Shiloh Ranch.

Like the book, everyone called the foreman “the Virginian.” No one knew his name, contributing to his mysterious identity.

Drury played the role of the formidable foreman with Doug McClure as his sidekick, Trampas. The two of them stayed on the show from its beginning to its end.

Rose Elliott, who played Sheriff Abbot, made an appearance in all seasons but not all episodes.

The show focused on the foreman. It portrayed his commitment to making things work on the ranch. The series showed the different ways he tried to keep the peace and maintain order at the place. The Virginian was the show’s star, and so was Trampas.

Trampas got a lot of love from fans of the show. His character development was palpable. Many people who followed the show from the first to the last season couldn’t help but love him more as the series progressed. McClure delivered his role so well that, to date, many people know him as Trampas from The Virginian, even though he has been in several other movies.

The Virginian ran for nine seasons, making it the third longest-running Western on television, coming behind Gunsmoke with 20 seasons and Bonanza with 14. Because of how long the show lasted and to keep it interesting, the production kept introducing changes to the show.

The Shiloh Ranch went through several owners, and by the show’s ending, the ranch had had five different owners. One of the most significant changes made on the show was changing the show’s name from The Virginian to The Men of Shiloh in the ninth season.

Gary Clarke’s Role In The Virginian

Gary Clarke played Steve Hill in the famous Western, The Virginian. His character was close friends with Trampas (Doug McClure) and The Virginian (James Drury). Moreover, their friendship and chemistry got so much love and attention from viewers.

Steve Hill was always getting Trampas out of the mess he was always putting himself in.

Was Gary Clarke In The Pilot Episode Of The Virginian?

There were differences between the pilot and the original series. These differences were intentional because the production wanted the series to have a more successful run. In the pilot, the Virginian had a pronounced Southern accent. He always wears an outfit consisting of a belt with CSA showing boldly on the buckle. This sign was for everyone to know that he was in the confederate army.

The network chose to show the Virginian as a member of the confederate army so that people could tell that the pilot episode took place years ago. The Virginian first came to the ranch as an accountant in the pilot.

However, he did more than accounting. He uncovered plots against the judge and his town. The actors in the pilot episode include Dan Blocker, Robert Burton, Andrew Dogan, and Jeanette Nolan.

The Other Characters In The Virginian

The episodes of The Virginian covered topics on compassion, injustice, responsibility, and morals. It covered all these while remaining family-friendly. The episodes explored the typical Western themes such as cattle riding, fighting, gunslinging, relationships, and love.

The Virginian: The Virginian was the character that piqued the viewers’ curiosity. He was the complex puzzle most people couldn’t solve but kept trying to. He spoke little about himself or anything else. If a man of few words were a person, it would be the Virginian. He was so vague that no one person could boast of knowing his real name, including where he originated.

However, there were traits he had that everyone saw and respected. He was honest, loyal, hardworking, and he managed the ranch like it was his. People knew him for doing the right things and making the right decisions.

The Virginian was a loner, but he didn’t shy away from helping people when he could. He gave his best at all times, and he expected his workers at the ranch to do the same.

Trampas: Trampas was the Virginian’s sidekick. His personality was the opposite of the Virginian’s uptight nature. Trampas was a breath of fresh air. Before he came to Shiloh Ranch, he was a gambler, a petty criminal, and a lazy and unreliable fellow.

The character developed throughout the series. After coming to work at Shiloh Ranch, there was an apparent change in his attitude. However, these changes did not affect his fun personality and his ability to get into trouble. The viewers loved Trampas, and he made it easy for them to love him.

Judge Garth: Judge Garth was the owner of Shiloh Ranch. He was strict but soft, the father figure and mentor in the town and the ranch. The judge was on the show until its fourth season when he stated that he wanted his daughter to be the ranch’s new owner.

Betsy Garth: Roberta Shore played the role of Betsy, Judge Garth’s adopted daughter. Betsy got married to a minister and moved to Pennsylvania in season four.

John Grainger: John Grainger came into the show in season five because Judge Garth and Betsy Garth left. He became the new owner of Shiloh Ranch, living there with his two grandchildren, Stacey and Elizabeth Grainger.

He was strict and stern like Judge Garth. Sadly, Charles Bickford, who played John Grainger, died before season five ended. John McIntire replaced him as the new owner of Shiloh Ranch.

Conclusion on Why Did Gary Clarke Leave The Virginian?

Gary Clarke had a good relationship with his co-stars Doug McClure and James Drury on and off-screen. It was this relationship that made viewers want him to return to the series.

This post is an overview of Glary Clarke and his time on The Virginian.


You now know the answer to the question Why Did Gary Clarke Leave The Virginian? If you are looking for other great western books, check out these authors.

Previous Post
Check Out Who Played Candy On Bonanza
Next Post
Blood on the Land Full Episode – Bonanza, Season #01, Episode #22