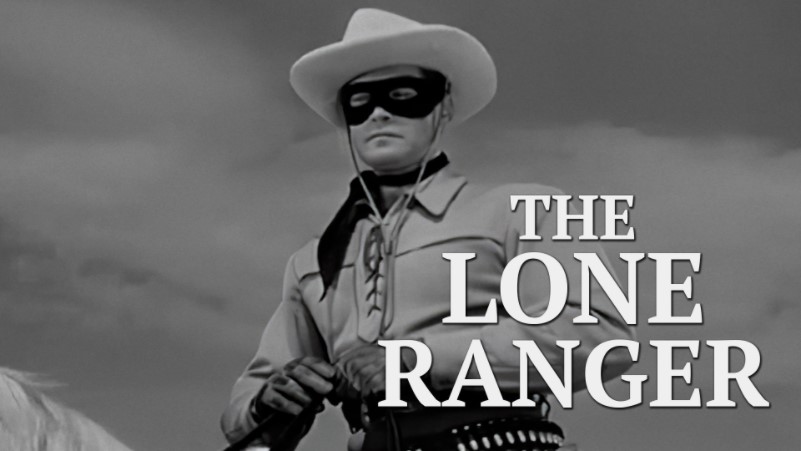 Why Does The Lone Ranger Wear Mask? Check Out The Reason

Why does the Lone Ranger wear a mask? Since then, movies have convinced viewers that every hero has a costume. The Lone Ranger is a hero, and thus, must wear a costume. Apart from his horse and outfit, the Lone Ranger’s mask is another thing that endeared the character to its viewers.

If you’ve watched an episode of this TV series, you’ll notice that the Lone Ranger always had his mask on. That has prompted a series of questions.

Let’s quickly answer one of them.

Why Does The Lone Ranger Wear Mask?

The mask Clayton Moore wore during the series was plastered with felt on top. The felt was purple in the black and white episodes but black in the colored productions. The producer made it to fit the character perfectly.

During the period that John Hart played the Lone Ranger, he wore a different style of mask.

No character ever saw the Lone Ranger unmasked throughout the show except Tonto, Dan Reid Jr., and Grandma Frisbee.

On the radio series, he revealed his identity to Butch Cavendish before he died. However, in the TV series, Cavendish never knew his identity and never died.

About The Lone Ranger

The Lone Ranger was a Texan Ranger, John Reid. He lost his older brother (Captain Dan Reid) when they went after an outlaw gang. This event marked the beginning of his destiny as the Lone Ranger.

John Reid and his brother belonged to a team of six rangers who sought after a notorious gang. However, their tracker (Collins) secretly worked for the outlaw gang’s leader (Butch Cavendish). Hence, he led them to the supposed gang camp at Bryant’s Gap.

However, it turned out that Cavendish and his men laid an ambush. As soon as the rangers were at the rim of Bryant’s Gap, they opened fire and kept shooting at the rangers until they were all dead. Cavendish left with his men thinking they killed all the rangers.

Fortunately, he was wrong. John Reid survived, and Tonto, an Indian, found him seriously injured. He treated his wounds until he was back on his feet. Reid saved Tonto’s life when they were boys, and the Indian remembered his kindness.

When the ranger recovered, he recognized Tonto as the boy who called him “Kemosabe,” meaning “trusty scout.” Moreover, Tonto told him he’s the only surviving ranger and called him the “Lone Ranger.”

It dawned on Reid that Cavendish would come after his life once he discovered that he had survived. Nonetheless, Tonto reassured him that he had no reason to worry. That was because Tonto dug six graves instead of five, making it look like he buried six men.

Reid was determined to bring his brother’s killers to justice. Yet until then, he resolved to keep his name buried and always disguised himself. Tonto suggested that he wore a mask to hide his identity and vowed to help him.
The mask became the Lone Ranger’s perfect disguise. He made it from his brother’s vest.

Reid remembered his promise to his brother during the ambush. He promised to look after his brother’s wife and son, coming from the East, if anything happens to him. Additionally, he was to give his share of their silver mine to his family.

Following his recovery, Reid hired Jim, an old friend who was a retired ranger, to work on the mine. He told Jim about the previous incident and his determination to become the Lone Ranger.

He also asked Jim to make silver bullets for him, not as a weapon but as a symbol of justice. To him, life has value like silver, and thus, it shouldn’t get wasted. He agreed to keep Reid’s identity a secret and make people believe the mine was his.

Reid rode off with Tonto to begin his mission as the Lone Ranger. He started his search for the outlaw gang and infiltrated their camps to capture gang members. However, it took him a few years to complete the task.

It was typical for the Lone Ranger to help people who needed his help, even while pursuing Cavendish. His kindness and heroic adventures made him and Tonto famous for their fight for justice.

While tracking down Cavendish, the Lone Ranger and Tonto fell into an ambush. Cavendish opened fire on them and killed the Lone ranger’s horse (Dusty) in the process. It prompted the masked hero to look for a new mount, and he went with Tonto to the Wild Horse Valley to find one.

When they got to the valley, they found a white stallion wounded from battle with a buffalo, about to finish it off. However, the Lone Ranger shot and killed the buffalo, saving the horse from death.

Eventually, he nursed the horse back to health. Even though he was looking for a horse, the Lone Ranger decided to let the white horse go. He named the horse Silver due to its looks.

However, instead of going back to the wild, the horse decided to stay with the Lone Ranger. He trained the horse, and within a few days, it was ready.

The Lone Ranger went after Cavendish. With his faster and stronger horse, he was able to overtake and capture him. Finally, the masked hero completed his mission.

Even after achieving his goal of capturing Cavendish, the Lone Ranger didn’t stop his fight for justice. He continued to root out those that made the Western territories fearful and without peace.

About The Lone Ranger Series

Earle Graser lasted for a long time on the radio series but died in a car accident, and Brace Beemer replaced him.

After Graser’s death, before replacing him with Brace Beemer, the Lone Ranger was injured in the radio show. It continued in several episodes, and he could only speak with a whisper because of his state.

It was a strategy, which made it easy for Brace Beemer to replace Earle Graser. Beemer played the Lone Ranger until the end of the radio series in 1954. However, Jack Deeds and Fred Foy stood in for some episodes at various times.

Most people remember The Lone Ranger based on the television show. It was the first western TV program that came several years after its radio series started.

The Lone Ranger Rides Again was the second film serial, having 15 chapters with Robert Livingstone playing the role.

Clayton Moore was the first actor who played the Lone Ranger on the TV show (movie screen). He played the role for the first and second seasons, becoming associated with the character.

However, John Hart replaced him after a contract dispute. Hart played the role during the third season, but the show’s fans didn’t accept him well.

Clayton Moore returned to the TV show and played the Lone Ranger in the two final seasons.

Rules of The Lone Ranger’s Behavior

The Lone Ranger had a code of conduct that he lived by, and it became part of his identity in the show.

Conclusion on Why Does Lone Ranger Wear Mask

The Lone Ranger wears a mask as a disguise. As a masked hero, he can easily conceal his identity from both outlaws and peace officers. Even as the series kept changing from radio to TV, his mask remained part of his disguise.

Despite the many changes the show went through, the Lone Ranger’s code of behavior stayed the same.


Did you enjoy reading Why Does The Lone Ranger Wear Mask? If you are looking for other great western books, check out these authors.