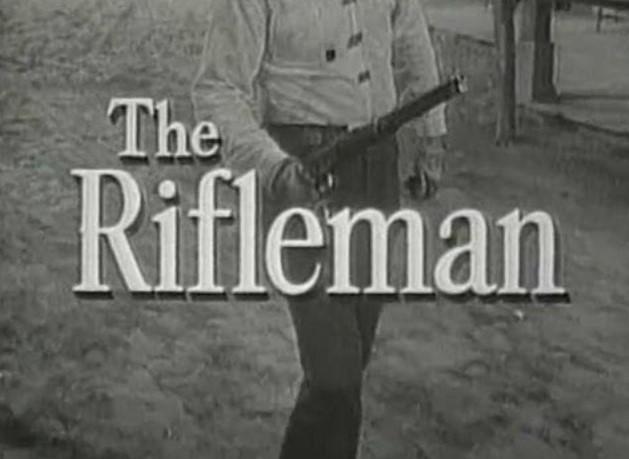 Why Was The Rifleman Cancelled? Check Out The Reasons

Why was The Rifleman cancelled?

The Rifleman was one of the most distinguished Western series years back—a program that even people outside the United States enjoyed watching.

In the 1970s, the Soviet Union permitted the airing of a few programs produced in the United States, and interestingly, The Rifleman was one of them.

Unlike many other well-loved television shows, The Rifleman lasted for only five seasons and 168 episodes. Come to think of it. If you’ve seen and examined the series, you might have thought the producers would have wanted to produce more than five seasons. So the question is, why didn’t they?

If you’re wondering why Four Star Productions, makers of The Rifleman, discontinued the series, you’re in the right place. Keep reading!

Why Was The Rifleman Cancelled?

There were a lot of causes why The Rifleman ended in its 5th season. Let’s look at all three possible reasons.

The unexpected drop in rating year after year:

All production companies, including anyone who has made a significant investment in a series cares about a show’s ratings. The rating presents how much the target audience values the program, giving the production team an overview of how interested the public is in that movie or television series.

Even in today’s evolved entertainment industry, The Rifleman would have been termed a success, given the number of seasons produced before the cancellation.

Unfortunately, the mentioned producers weren’t ready to settle for less. The company expected the ratings to improve as production went by, but this didn’t happen. The Rifleman‘s rating continued to plummet from one season to another—a development Four Star Productions wasn’t ready to accept.

The Rifleman’s dwindling rating showed that the targeted audience wasn’t too keen on the program, forcing the producers, Four Star Productions, to cancel the program. The company had a notion that if they continued the show, not only will they hit rock bottom when it comes to ratings, they may also lose a ton of money.

Born in Los Angeles, California, United States of America, Johnny Crawford was one of the fan-favorites in The Rifleman. His acting career started at the age of 12. His first-ever performance was as a Mouseketeer in front of a national audience. Unfortunately, that performance didn’t catapult Johnny to prominence. However, his role in the program, The Rifleman, shot him to fame.

Johnny Crawford acted as Mark McCain, a Western rancher’s son. Excitingly, Johnny portrayed the role so well that his fan base started growing.

His acting skills were evident for all to see. He was one of the few characters that The Rifleman fans looked forward to seeing in the show. At age 13, Johnny got his first Emmy Award nomination for Best Supporting Actor.
Johnny Crawford was indeed the perfect son and character for the Rifleman, played by Chuck Connor. However, in the final season of The Rifleman, the producers realized that Johnny was outgrowing his role. It wouldn’t make sense to replace Johnny with another character, knowing how much the young actor has grown in popularity and how much the fans loved him. Even when the series finally ended in 1963, Johnny continued to receive piles of mail from fans.

If you’re familiar with The Rifleman, including how it all ended, you would feel sorry for the producers, Four Star Productions. From all indications, the company would have loved the idea of sustaining the program. Yet many things changed so fast, and this affected their plans.

Another possible reason for The Rifleman‘s cancellation was the increased competition in the Western genre. During that time, the genre was fading away gradually, so it’s very likely that Four Star Productions didn’t want to be caught unaware. The company wanted to walk away from the genre because things get unpleasant, and the best way to take that step was by canceling The Rifleman.

Should The Rifleman Have Been Cancelled and Ended in Season 5?

Fans are crucial to any show, whether it’s a movie or television series. They create the buzz around a program but can quickly turn their attention to something else. If a show doesn’t have the fans’ support, success seems unlikely.

However, it’s normal for fans to display their views about a show. Fans sometimes protest the cancellation of a show, and the case with The Rifleman is no different. The storyline, plot, and how Lucas and Mark bonded intrigued entertainment lovers—proving that people loved the show.

Nonetheless, fans have no power to decide whether a program will continue or stop. The company or financers of the movie form the decision, and even though companies generate funds from the fans, it’s not enough for the supporters to dictate if a show should continue or not.

The truth is no entertainment company would like to end a program halfway, especially when their reputation is at stake. The buzz they have managed to gain for the movie would be a complete waste too.

So, should The Rifleman end? Yes, it should. Most people think that the movie ended abruptly, but that’s not the case. The Rifleman’s production lasted from 1958 to 1963, with five seasons produced.

Now, let’s be frank. Many shows don’t make it past a few episodes or even the first season before they get canceled by the financers for one reason or the other. But The Rifleman lasted for five years, which shows how exceptional the program was.

So, yes, The Rifleman should have ended the time it did. There was no better way for Four Star Productions to cancel the movie. They even acted in the final episode of season 5 because the program’s cancellation took place.

10 Interesting Facts About The Rifleman

The Rifleman boasts several fun facts that would interest anyone. These include details from the scenes and about the series. So by the time you watch the movie, probably the entire season, these facts would hopefully help refresh your memory.

Conclusion to Why The Rifleman Was Cancelled

Why was The Rifleman cancelled?

We hope you now understand the possible reasons why Four Star Productions, makers of The Rifleman, cancelled the program. Indeed, a lot has caused the company to toll that path.

One of the possible reasons was the dwindling rating of the show, with no signs of improvement later on. Johnny Crawford’s age was also another reason. He outgrew his character, and getting a replacement was out of the picture.

In a nutshell, Four Star Productions didn’t make a mistake for pulling the plug on The Rifleman. At the very least, the company ended things while the ovation was loudest.

11 thoughts on “Why Was The Rifleman Cancelled? Check Out The Reasons ”