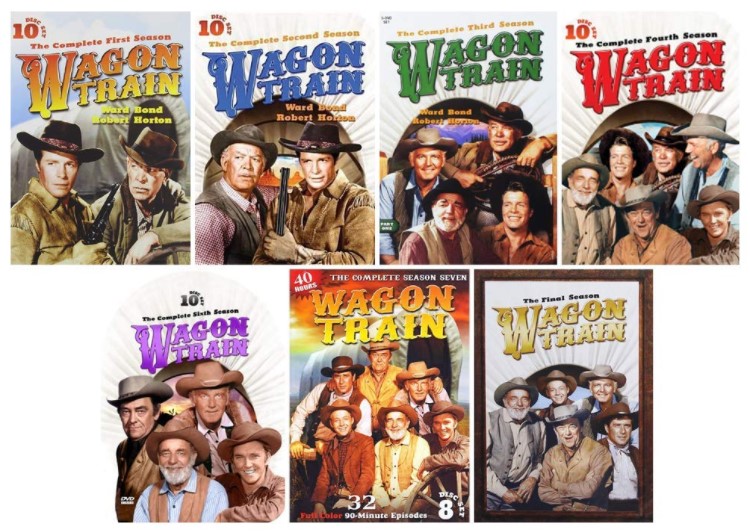 Where Was Wagon Train Filmed? Here Are The Amazing Locations

Location is an important factor for any movie. Continue reading to find out where Wagon Train was filmed.

Western is a genre of fiction that covers stories set in the late 19th to early 20th century. These stories show the struggles in the wilderness and the stripping away of the rights of the American Frontier’s occupants.

There have been several westerns produced over the years. Among these, Wagon Train is arguably one of the best because it fully embodies what the genre represents. It takes its viewers on a nomadic ride through the Wild West with its two lead characters, Seth Adams and Flint McCullough.

The 8-season series was so vivid and well-produced that people often wondered about the places the characters traveled through and the stories they hold.

Where was Wagon Train filmed?

There were about 21 different locations where the Wagon Train series was filmed. These locations are:

This post contains valuable information about the Wagon Train that you’ll find interesting, so read on to learn more!

The Wagon Train was first aired on the NBC television network in 1957 and later moved to ABC in 1962. The production team drew inspiration for the series from the 1950 film Wagon Master by John Ford. The Wagon Master featured some famous actors of that time, such as Ward Bond and Ben Johnson.

The seasons and episodes of the Wagon Train were mainly about the adventures and struggles of its main characters, including how they conducted the train through Missouri, across the mountains and rocky paths of Sacramento, California.

Every episode told a story of a guest character playing the role of a wagon train member—either on the train or upon encountering it. The stars featured in the series include Ernest Borgnine, Lee Marvin, Jane Wyman, Joseph Cotten, Bette David, and Ronald Reagan.

The Wagon Train was such a hit during its time that John Ford of the Wagon Master came to direct a few of its scenes.

The Casts Of Wagon Train

The series featured many guest characters, but they also had some recurring characters for several seasons.

Here are some of the regular casts of the Wagon Train:

Ward Bond played the role of Major Seth Adams on the Wagon Train. He was on the show for its first four seasons between 1957 and 1961. Bond died during the fourth season, and John McIntire immediately replaced him.

Horton played the role of Scout Flint McCullough for five seasons. He withdrew from the show in the fifth season, and the producers replaced him with Robert Fuller.

Fuller played the role of scout Cooper Smith, a replacement for scout Flint McCullough when Robert Horton left the show. He was on the show for two seasons, and during his time there, he was rotating top weekly billings with McIntire.

Fuller had starred in other Westerns before the Wagon Train. The production chose him to replace Horton because they had an uncanny resemblance and could have effortlessly passed as siblings.

FUN FACT: Aside from sharing the first name and similarities in their physical features, Robert Fuller and Robert Horton also share the same birthday, although born nine years apart.

John McIntire was the replacement for Bond after his death, playing the role of Christopher Hale. However, this replacement role wasn’t McIntire’s first time on the Wagon Train series. He had earlier played Andrew Hale in season three of the show.

McGrath played the role of Charlie Wooster. From its inception to its last season, he was on the show, making him one of two regulars in the eight seasons.

Miller was on the show for two seasons as Duke Shannon.

He was the second and last regular character to stay for the eight seasons of the Wagon Train, in which he acted as Bill Hawks.

The Guest Stars On The Wagon Train Series

The series was starstudded, with guest stars appearing in almost all of its episodes. It would be impossible to talk about Wagon Train without mentioning who these guest stars were, primarily since they contributed considerably to making the show a hit.

Here are some of the notable stars on the show:

A few months before Roger Smith joined the cast of 77 Sunset Strip, he made an appearance in the “Daniel Barrister” episode of the Wagon Train series. This appearance happened in 1958, alongside Charles Bickford.

The episode ends without the viewers knowing if Daniel Barrister lets Dr. Peter treat his wife or not.

Borgnine starred five times, coming back as Willy Moran twice. He notably appeared in the series the most than any other guest character.

Brandon was in the “St. Nicholas story” episode in 1959, with his character appearing about six times.

Chaney was in two different episodes of the Wagon Train, acting as two distinct characters—Louis Roque in the “Jose Morales Story” and Carstairs in “The Chalice” episode.

Carradine appeared in the episode titled “The Dora Grey Story ” and the “Colter Craven Story” that aired in 1958 and 1960, respectively.

What You Should Know About The Wagon Train Series

The 50s series lasted for eight seasons which ended many years ago. Furthermore, here are a few things you should know about the Wagon Train:

Are you shocked? So are we!

At first, when Gene Roddenberry was delivering his proposal for his hit science-fiction television series, he tagged it “Wagon Train to the Stars.”

The name was perfect since both shows follow the main characters on a journey that doesn’t end, allowing them to meet several fascinating characters. Also, the fact that Leonard Nimoy appeared in both shows made the initial title apt.

Ward Bond made sure the production cast his friends on the show:

When Bond signed his contract for the Wagon Train series, he requested that the production add two of his friend actors to the cast. These actors were Frank McGrath and Terry Wilson, both of which he met through western films sets.

McGrath appeared in some John Ford films where he found difficulty in remembering his lines. Bond worked on helping him improve his acting skills while playing Charlie Wooster.

Wilson worked as a stuntman on John Wayne films before joining the Wagon Train team. Bill Hawks, his character on the show, was one of the only two characters to stay through the eight seasons.

The most popular theme song for Wagon Train was “Wagons Ho,” and the studio didn’t use it until the third season.

The first theme song was by Henri Rene and Bob Russell, titled “Wagon Train.” The song didn’t have any lyrics to start with, so the studio thought it was too traditional, deciding to change it after a while.

The second theme song was “Roll Along-Wagon Train” by Jack Brooks and Sammy Fain, performed by Johnny O’Neill in the second season. However, it didn’t last either.

The final and most popular theme song for the show was “Wagons Ho” by Jerome Moross. The studio started using it in the third season of the show. Jerome drew inspiration from the songs he had written for the film The Jayhawkers. This time, the theme stuck, and it stayed for the remaining five seasons of the show.

Conclusion to Where Wagon Train was Filmed

The American Western genre was successful. Casual viewers and avid fans testify to shows like Wagon Train being worth the hype it got. Additionally, its production, locations, and cast (regular and guests) made these shows worthwhile.

This post is an overview of the Western series Wagon Train, the locations where it was filmed, and its many characters.