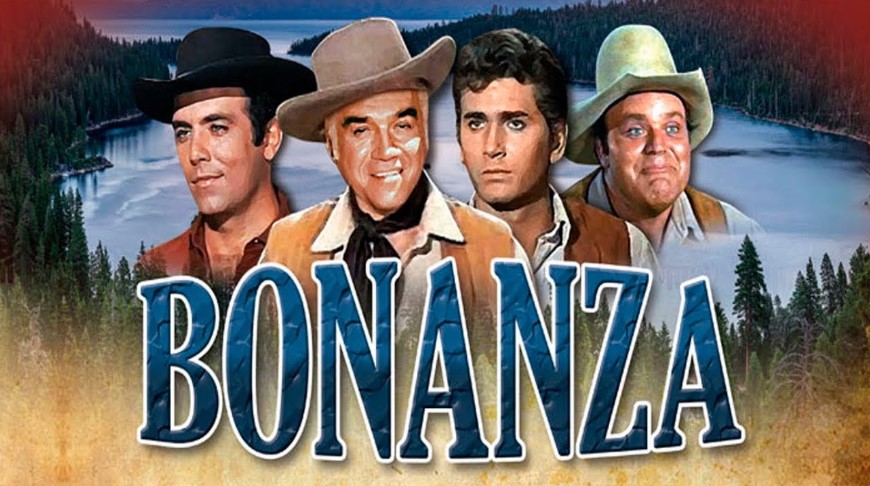 Television shows under the Western genre were undeniably the most watched television series from the 1930s to the 1960s. Their diverse storylines and characters entertained millions of people during their most prolific era. These popular programs include Bonanza, which soon became one of the greatest Westerns in history, resonating with audiences even after its peak years.

Bonanza was one of NBC's longest-running television programs, consisting of 14 seasons and 431 episodes. The show was also the first Western series in color, airing its first episode in 1959 and its last one in 1973. Many factors contributed to the program's tremendous success, starting from its storyline, characters, and themes tackled through each episode.

Bonanza centers on the fictional family, the Cartwright family, and their daily adventures. The Cartwrights were a family of four consisting of the patriarch Ben Cartwright and his three sons, Adam Cartwright, Eric "Hoss" Cartwright, and Joseph "Little Joe" Cartwright. Each of the Cartwright brothers was different, and the series shows their disparity now and then. All Cartwrights live in the Ponderosa ranch, the family's massive ranch located on the shores of Lake Tahoe.

Apart from the characters, the show got its viewers hooked through its flexibility. While most Westerns focus on a central theme, usually about outlaws and gunfighters, Bonanza presented various social issues prevalent in America during its time. These topics include domestic violence, drug abuse, racism, and more.

Even if decades have passed since the show ran on-screen, Bonanza still attracts fans and casual viewers into watching it all over again.

If you're looking to watch some fantastic Western television show but don't know where to begin, Bonanza offers a great start! The list below exhibits the complete Bonanza series, with each episode presented with its respective plot, cast, and some behind-the-scenes details you'd find interesting to read. Although watching in a sequence is the best way to watch the show, feel free to watch any episode to your liking. Enjoy!

Season 5
Episode 01: She Walks in Beauty
Episode 02: A Passion for Justice
Episode 03: Rain from Heaven
Episode 04: Twilight Town
Episode 05: The Toy Soldier
Episode 06: A Question of Strength
Episode 07: Calamity Over the Comstock
Episode 08: Journey Remembered
Episode 09: The Quality of Mercy
Episode 10: The Waiting Game
Episode 11: The Legacy
Episode 12: Hoss and the Leprechauns
Episode 13: The Prime of Life
Episode 14: The Lila Conrad Story
Episode 15: Ponderosa Matador
Episode 16: My Son, My Son
Episode 17: Alias Joe Cartwright
Episode 18: The Gentleman from New Orleans
Episode 19: The Cheating Game
Episode 20: Bullet for a Bride
Episode 21: King of the Mountain
Episode 22: Love Me Not
Episode 23: The Pure Truth
Episode 24: No Less a Man
Episode 25: Return to Honor
Episode 26: The Saga of Muley Jones
Episode 27: The Roper
Episode 28: A Pink Cloud Comes from Old Cathay
Episode 29: The Companeros
Episode 30: Enter Thomas Bowers
Episode 31: The Dark Past
Episode 32: The Pressure Game
Episode 33: Triangle
Episode 34: Walter and the Outlaws

Season 11
Episode 01: Another Windmill to Go
Episode 02: The Witness
Episode 03: The Silence at Stillwater
Episode 04: A Lawman's Lot Is Not a Happy One
Episode 05: Anatomy of a Lynching
Episode 06: To Stop a War
Episode 07: The Medal
Episode 08: The Stalker
Episode 09: Meena
Episode 10: A Darker Shadow
Episode 11: Dead Wrong
Episode 12: Old Friends
Episode 13: Abner Willoughby's Return
Episode 14: It's a Small World
Episode 15: Danger Road
Episode 16: The Big Jackpot
Episode 17: The Trouble with Amy
Episode 18: The Lady and the Mark
Episode 19: Is There Any Man Here?
Episode 20: The Law and Billy Burgess
Episode 21: Long Way to Ogden
Episode 22: Return Engagement
Episode 23: The Gold Mine
Episode 24: Decision at Los Robles
Episode 25: Caution, Easter Bunny Crossing
Episode 26: The Horse Traders
Episode 27: What Are Pardners For?
Episode 28: A Matter of Circumstance