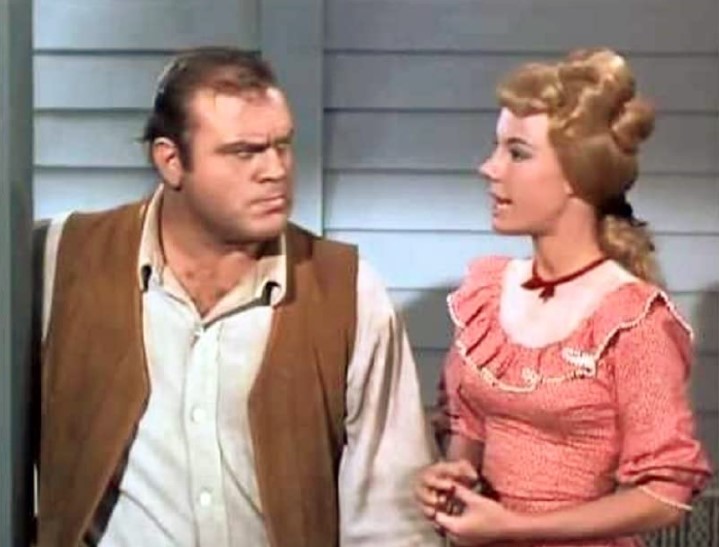 Bonanza kept its viewers tuned in to the show weekly through its action-packed stories revolving around the fictional Cartwright family and the people around. Anthony Lawrence wrote the series’ sixtieth episode, The Rival, which made its television debut on April 15, 1961. Moreover, the episode was one of the few that Robert Altman directed for the program.

Hoss Cartwright withholds this information from Sheriff Coffee despite the irrefutable evidence pointing to Jim Applegate’s (Charles Aidman) connection to a lynching. Friendship or loyalty aren’t the primary reasons behind Hoss’ silence. Hoss and Jim are both in love with Cameo Johnson (Peggy Ann Garner). Hence, Hoss does not want his testimony to appear as if he’s slandering his romantic rival for his interest.

Read The Rival‘s plot, including some fascinating trivia, or watch the full episode below.

Watch the Full Episode of The Rival

Watch the Full Episode of The Rival:

The Rival, the twenty-eighth episode of Bonanza’s second season, features the following actors and actresses:

Full Story Line for The Rival

A group of masked individuals ambushed a couple, where they lynched the husband and shot the wife dead. Before they left, the gang left a note on a wooden post sign, calling the couple cattle thieves.

When Hoss returns home from seeing Cameo, the girl he’s courting, he finds a group of men, followed by Jim Applegate, leaving an area. He didn’t find them suspicious until he discovered a family dead for allegedly stealing cattle.

At the Ponderosa, the Cartwrights were discussing the incident that happened earlier that day. Hoss was heading towards his room when Joe brought up the fellow that got away. Although hesitant, Hoss tells them that he saw a bunch of men riding from the Morehouse place, recognizing one of them as Jim Applegate. Hoss believes Jim is not a vigilante, but Ben insists they report this information to the sheriff.

Hoss visits Cameo early in the morning. However, he didn’t expect Jim to be there. Jim is Hoss’ close friend, and seeing him at Cameo’s place made them both understand that they’re romantic rivals for Cameo’s affection. When Jim cracks a joke, he notices Hoss is not in the mood to laugh. Cameo tells Jim that Hoss found the dead couple last night. At that moment, Sheriff Roy and his men arrive to arrest Jim as one of the vigilantes who were at the murder place. Cameo insists that Jim’s innocent, leaving Hoss no choice but to accompany her to town.

Cameo and Hoss visit Jim in jail. Jim noticed Hoss’s hesitance, assuming he was in doubt of his innocence because of Cameo. However, Hoss insists that’s not his reason. Frank Gideon from the nearby cell declares Jim was beside him when they lynched the homesteaders. Still, Cameo insists she believes Jim.

On the other hand, Hoss tells Jim that he saw him with the group of men at the Morehouses’ place. Jim admits being with them but says he didn’t participate in the lynching since he only crossed paths with the vigilantes. He insists he’s innocent, but upon seeing Hoss’s hesitance, Jim tells him to tell the sheriff. Jim thinks doing so will benefit Hoss, leaving Cameo all to himself.

Despite Frank’s statement involving Jim’s way with women, Hoss chooses not to inform the sheriff for fear of jeopardizing Cameo’s reputation. When Hoss leaves, Frank taunts Jim, saying he’ll get lynched like him. Jim and Frank loved the same woman, Frank’s wife. However, Frank’s grudge towards Jim is rooted in the first woman Frank stole from him.

As Sheriff Roy hands Jim his food, Jim knocks him down and escapes. He throws in the keys, a bit far from Frank’s reach.

Hoss returns to the Ponderosa, riled up that he unintentionally became mean towards Adam and Little Joe. Ben encourages him to open up, eventually revealing about Jim and Cameo. Hoss tells Ben that he doesn’t want to make it appear that he wants to get rid of Jim by testifying against him. Meanwhile, Ben thinks Hoss was letting his personal feelings influence his decision.

A group of men led by Morehouse suddenly arrive at the Ponderosa, ordering the Cartwrights to surrender Jim and Frank. Ben says they’re in jail, but Morehouse insists Hoss helped them escape. Hoss prepares his hat and gun, heading where he believes he’ll find Jim.

Jim and Cameo were at the barn, expressing their love for each other. Jim thinks about running away with Cameo but hesitates because of his friend, Hoss. Cameo assures him that she doesn’t belong to Hoss, and although she once did, it all changed when she realized her love for Jim. Unbeknownst to them, Hoss is outside, sadly listening to their conversation.

Cameo leaves to pack their food. Hoss enters the barn once she leaves, aiming a gun at Jim. Hoss tries to bring Jim back to ensure a fair trial, but he refuses. The two engage in a fight until Cameo returns with a rifle. Hoss insists Jim should face the law to find the truth, whether he’s innocent or not. However, Cameo insists on running away with Jim.

Jim and Cameo camp for a moment. There, Jim realizes Hoss’s right, but Cameo believes returning will only lead to his death. However, Jim was implying that he had taken Cameo from Hoss. Cameo assures him that it is her choice to join him. Morehouse and his lynch mob appear behind the rock, getting the couple cornered. He allowed Cameo to leave, but Cameo refused to go.

Cameo eventually runs away to Hoss, who’s still at the barn. She tells him the lynch mob got Jim, begging Hoss to help him. Hoss refuses, implying Jim and Cameo’s decision hurts him. Cameo continues to appeal to Hoss, who recognizes he’d be risking his life just so Cameo can have Jim, eventually going after the lynch mob.

Hoss arrives at the Morehouse’s place, aiming his gun at the lynch mob and ordering them to drop their weapons. Jim is sitting on a horse, with his neck hanging. Morehouse calls for his horse, forcing Hoss to carry Jim’s legs so he wouldn’t get lynched. However, the lynch mob pursues Hoss until Frank shoots his gun, holding Cameo hostage.

Hoss asks Frank Gideon to help him cut Jim down. However, Frank reveals he’s been waiting to watch his brother, Jim, at the rope’s end. Frank has felt envious of Jim from the day he came alive since he stole their mother’s name and love, while she seemingly forgot about Frank.

Frank orders Hoss to drop Jim, who tells Hoss to do as Frank says. However, Hoss refuses, forcing Frank to shoot him on the arm. Afraid Hoss’ll die, Jim kicks Hoss to drop him. Cameo immediately rushes to his aid, along with the lynch mob, while Morehouse takes a gun and shoots Frank dead.

The lynch mob untied Jim. In Cameo’s arms, Jim reveals that his brother was telling the truth, including being there during the lynching of the couple. He apologizes to Hoss and Cameo, then tells her he loves her. Before he could ultimately say Hoss’s name, Jim succumbs to his death.

In the end, Hoss and Cameo bid their goodbyes.

Full Script and Dialogue of The Rival

The Western television series, Bonanza, is a fantastic program worth watching alone or with the people you love. The 14-season show aired on NBC from September 1959 to January 1973. The Rival is the sixtieth episode out of 430 and the twenty-eighth for the second season.