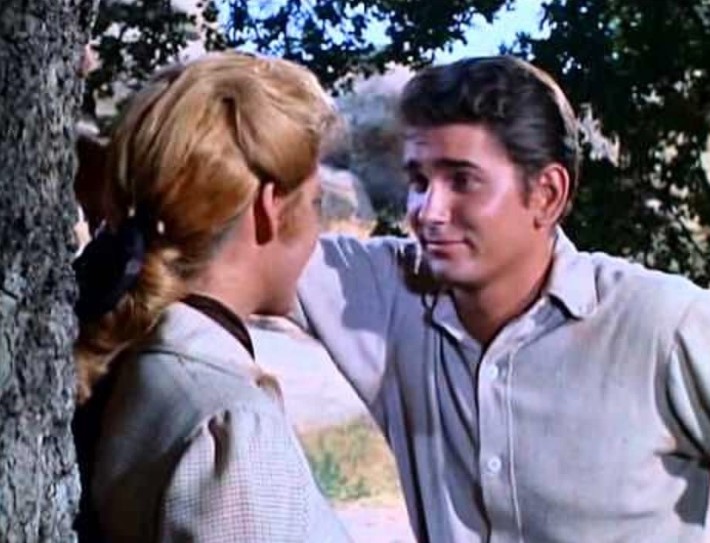 Millions of fans and casual viewers tuned in to watch the popular television series entitled Bonanza. The nontraditional Western program revolves around the Cartwright family and their weekly adventures. Fred Freiberger and Steve McNeil wrote the thirty-eighth episode of Bonanza, Denver McKee. At the same time, B-picture auteur Jacques Tourneur served as the episode’s director.

Denver McKee, played by Franchot Tone, is a former law enforcement officer. With his money, he aspires to give everything to his beloved daughter Connie (Natalie Trundy). McKee has secretly joined an outlaw gang to fulfill his wish, accepting large sums of money in exchange for his cooperation.

However, the father-daughter duo faces trouble. Connie returns home from a fancy Eastern school right when McKee goes out of town to apprehend the exact outlaws who offered him a partnership. When things couldn’t get any worse, Joe Cartwright falls in love with Connie.

Apart from the entire episode, you can read the plotline, including some exciting trivia below.

Aside from Bonanza’s leading actors, the second season’s sixth episode, Denver McKee, featured some of the series’ recurring and supporting cast members. The following actors appeared in the episode:

Adam, Hoss, and Little Joe are returning to the Ponderosa ranch when a gunshot rings from a distance. They found an older man, Pete, robbed of three years worth of work and shot, but couldn’t identify the robbers’ identity apart from their physical features. Hoss promises to get the doctor, but he dies before their eyes.

Ben pays Denver McKee, an old friend, a visit. Miles, Denver’s foreman, welcomes him as he hooks his horse to a buggy. Miles reveals that Denver’s daughter, Connie, is going home from her Eastern school, making Denver extremely anxious. Denver exits his home, dressed up to make a good impression on his daughter. He has changed a few aspects of their home to make it look decent and is worried Connie wouldn’t like her new surroundings. Ben invites Denver to a welcome home party for Connie at the Ponderosa that night, and Denver gladly accepts his invitation.

Back at the Ponderosa, the Cartwright boys inform Ben about the unfortunate news: the robbery and Pete’s death. The only clue they have is one of the burglars’ red hair. Ben puts Pete’s few personal belongings in a drawer and prepares himself for the celebration.

The party begins that night, and everyone is excited to see Connie return after four years. Denver and Connie arrive as Ben makes a toast for the two. Joe gives Connie a welcome kiss, but she slaps him on the face, telling him that’s how they greet people in the east. She greets the remaining Cartwrights with joy, not expecting a party for her return. Denver tells Ben he wants to offer Connie security, much like what Ben has provided to his sons. Ben assures Denver that although it hasn’t been easy for Denver, he has already done it.

Ben, Adam, and Hoss set forth to drop by Denver’s place in search of the robbers. They arrived when Denver was shooting a can around the yard. Denver informs Connie about Pete’s incident, but Connie believes Denver shouldn’t join their search, thinking Denver has had enough violence in the past. Ben assures her they’re doing it to help the sheriff and uphold the law. Connie can only tell his father to be careful because there’s nothing she can do to stop them.

Connie visits Little Joe at the Ponderosa ranch. Connie is initially teasingly hostile towards Joe, but her entire demeanor shifts after Joe brings up his gift for her. His present was a horse, and Connie expressed her delight and gratitude with a kiss. They ride off together, stopping by a pond to take a break. There they exchanged kisses and playful mentions about Joe’s so-called girlfriends. Joe asks Connie if she is returning to the East, but she is uncertain about it, including Joe’s feelings for her.

Ben, Adam, and Hoss ride to the canyon the next day, where Denver loses the robbers’ trail. They realize the robbers have doubled back to trick them. The Cartwrights lose track again after the course left by the robbers leads to a busy road. Ben realized that the killers weren’t strangers, maybe even one of their neighbors. At that moment, the Cartwrights hear gunshots from a distance and discover that three more people have been shot dead. Horses were running nearby, so Adam and Hoss went after them. Ben checks the bodies and hears a groan, revealing one of the three men, Corey, is still alive. He tells Ben that four men shot them, three of whom were wearing masks, one redheaded, and someone who looked familiar to him. Adam and Hoss return, failing to find the men. Although Corey couldn’t identify the men, his statement confirms that the robbers were people they knew.

At the robbers’ camp, Denver and Miles discuss the killing that occurred earlier that day. Miles is upset because he does not want to see anyone get killed. Denver is unbothered even if Miles brought up the Cartwrights. Miles also doesn’t wish for Connie to find out what they’re doing. On the other hand, Denver believes that since he’s in charge, everything will end up fine. Miles wants to leave the group, but the others don’t want anyone quitting, even threatening to kill the first man to flee.

Ben, Adam, and Hoss report the shooting and the trail to Denver. They also tell him they think the robbers are someone they know, but Denver finds it unbelievable. Denver insists he does not want to assist them anymore since he does not want to get hurt. He states he’s worn out and sick of helping other people for years. Denver wishes to focus on looking after Connie. Ben is surprised that Denver feels that way but doesn’t press him for any more assistance.

Connie and Joe arrive with Joe carrying Connie’s shopping packages. Denver invites Joe to dinner, but Connie assures his father that Joe will change his mind later. When Connie goes upstairs, Joe and Denver discuss the two’s relationship. Joe expresses his fondness for Connie, telling Denver that he’ll ask Connie to marry him. Denver is upset and outright refuses, stating he only wants Connie to be happy. Apologetic, Joe leaves.

Connie returns, asking about Joe. Denver is confused since he assumed Connie intended to travel east to find happiness. However, Connie tells her father that she no longer wants to leave. Denver could only tell her that all he ever wanted was for her to be happy, and they shared a hug.

At the Ponderosa, Joe is upset to hear Ben, Adam, and Hoss suspect Denver and Miles, especially since the latter wasn’t at the party when the Silverado payroll robbery happened. Joe couldn’t believe it. Ben asks Hoss to go to the McKee place to follow Miles in case he leaves the ranch.

Joe comes early in the morning to relieve Hoss from his duty. However, Joe sees something and asks Hoss to stay. They find Denver, Miles, a redheaded man, and a stranger gathering at the ranch. Joe and Hoss decide to get Ben and Adam. Denver tells them that the Cartwrights are onto them after gathering information. Miles feels they need to lay low for some time, but the redhead refuses, planning to sleep in the bunkhouse rather than outside.

The Cartwrights arrive at the McKee ranch. They find the redhead standing outside, then ask Denver if he knows him. The redhead draws his gun, but Joe quickly shoots him. Adam shoots the stranger who tried to fire back. Connie rushes out to see what the gunshots are about, but Denver tells Joe to assist her inside.

Still confused, Ben asks Denver why Denver’s involved with the gang. Denver reveals that he ran out of money and did what he had to do. Ben declares he has to take Denver in, but Denver refuses to surrender his weapon. Denver draws his gun and fires, and Ben shoots, hitting Denver in the stomach. Devastated to see his old friend dying, Denver assures him that he doesn’t have to blame himself.

Connie is ready to leave on the stagecoach. Waiting outside is Joe, who asks her if Connie truly wishes to go. Connie believes it’s what she has to do to get away and forget. She tells him she loves him and then enters the buggy to leave.

Behind the Scenes of Denver McKee

Little Joe stays home as Ben, Adam, and Hoss set forth to find Pete’s killers. As implied in the previous episodes, Hop Sing is still in Hong Kong. Adam tells Joe to make himself useful by helping “#1” cousin with the dishes. (Season two’s episode three featured the mentioned cousin, portrayed by James Hong.) Number-1 cousin never appeared in this episode, even during Connie’s welcome home party at the Ponderosa.

Enjoy the adventurous tales of the Cartwrights in Bonanza alone or with family. All 14 seasons aired on NBC from September 1959 to January 1973. Denver McKee is the 38th episode out of 430 and the second season’s sixth one.