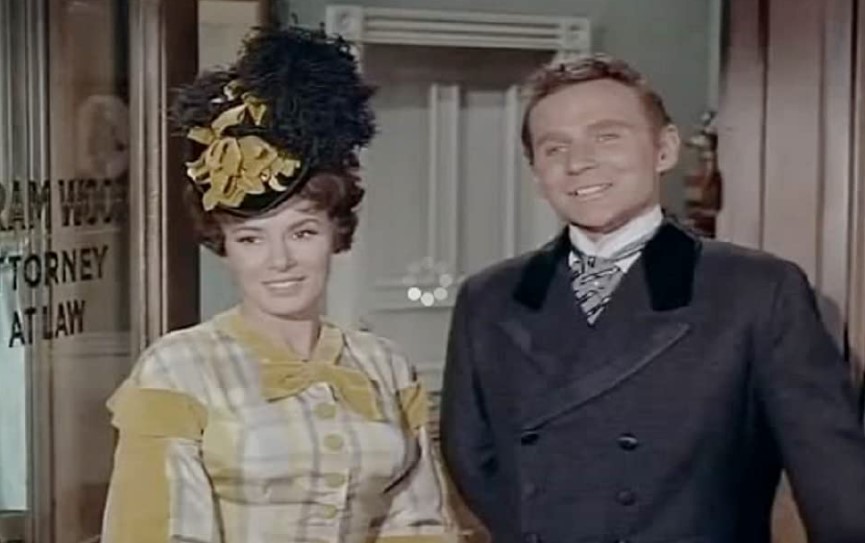 Bonanza’s action-packed episodes, peppered with comedy, made the show a fan favorite for generations. John Hawkins wrote the thirty-first episode of season two, The Secret, which aired on May 6, 1961.

Little Joe Cartwright is arrested and charged with the murder of a pregnant girl named Mary Parson. Joe learns from the girl’s father, Jake (Crahan Denton), and her brothers that Mary allegedly planned to run away with him secretly on the night of her death. What makes things worse was the prosecution’s main witness, Joe’s old friend John Hardner (Russell Collins), attests to proving Joe guilty.

Read more about The Secret, which includes some interesting trivia, or watch the full episode below.

Watch the Full Episode of The Secret

Watch the Full Episode of The Secret:

The actors that appeared in The Secret, Bonanza’s sixty-third episode, are as follows:

Full Story Line for The Secret

John Hardner, on horseback, sees a carriage with a piebald tied behind. Thinking it was Mary and Little Joe, John waved a greeting, baffled when they didn’t greet him back.

Meanwhile, the carriage stops—Mary Parsons and an unknown person exit from the carriage. Mary kisses the man as they go for a walk. They reach a cliff, watching the beauty of the surrounding countryside. Later, a scream rings, and Mary is no longer beside the man by the cliff.

Jake Parsons visits the Ponderosa, and Ben warmly welcomes him for coffee. Jake tells Ben that Little Joe and his daughter, Mary, have been dating, much to Ben’s surprise. Joe arrives shortly after, after trying to find a lost horse. Joe couldn’t understand why Jake asked for his daughter, Mary. It appears that Jake believes Mary and Little Joe eloped, so Joe clarified that he hadn’t seen her. Jake insists on knowing Mary’s whereabouts, considering Mary told them that Joe was courting her for two months. Joe denies running away with Mary, which upsets Jake.

As Jake leaves the Ponderosa, his two sons ride up to deliver the news about Mary’s death. They discovered the buggy near Indian Leap while Mary’s body was at the bottom of the cliff.

Ben and Joe visit Virginia City to seek help from Attorney Hiram Wood. He advises the Cartwrights to go straight to the sheriff’s office to declare Joe’s whereabouts for the past few days. However, Sheriff Roy is in Carson City for another case. Hiram sends his partner, Jerome Bell, with the Cartwrights to ensure the deputy in charge, Rick Conley, will record their statements correctly.

The Parsons have brought Mary’s body to town for Doctor Martin to examine. However, Doctor Martine couldn’t confirm any detail regarding the accident, except that Mary was pregnant.

Upon leaving town, John Hardner finds it odd that Ben and Little Joe ignore his greeting. Doctor Martin and Deputy Sheriff Conley tell him about Mary Parson’s death. John tells them that he has seen Mary and Joe on the road to Indian Leap. His statement was enough for Conley to arrest Joe for murder.

Deputy Conley agrees to check the area where John found Mary and Joe riding the buggy. Upon investigating, they find it impossible to identify Joe’s face from the distance John was standing that day. John tells them that he recognized Joe through the gun tied down to his left leg. Deputy Conley arranges an inquest and a trial for the case.

Joe will stand trial for the murder of Mary Parsons. The Cartwrights believe that Mary mentioned leaving with Joe because she didn’t want her father to know her real lover.

Adam and Hoss leave to find out who could have gotten the paint pony and the left-handed gun.

Meanwhile, Betty Mae questions her fiancé’s love for her, thinking Jerome loves his work more than her.

Betty Mae goes to Jerome’s hotel room and finds a picture of Mary Parsons. Betty Mae realized Jerome was in love with Mary and was using her to achieve his plans since Mary couldn’t fulfill them. Understanding that Betty Mae now knows he is responsible for Mary’s death, Jerome goes after Betty Mae before she can speak to her father.

On the other hand, Adam and Hoss present the evidence they found proving Joe wasn’t Mary’s murderer. They find that Jerome purchased a paint pony and a left-handed holster. The Parsons and the Cartwrights, together, decide to confirm everything with Jerome Bell.

Jerome and Betty Mae scuffle on the hotel balcony, ending with Jerome falling to his death.

Proven innocent, the Cartwrights, together with Little Joe, finally go home in peace.

Full Script and Dialogue of The Secret

Behind the Scenes of The Secret

John Hardner, the primary witness, saw a man and a woman riding a buggy, whom he believed were Mary and Little Joe. However, he appeared to lie in his statement when he mentioned seeing a gun tied to Little Joe’s left leg. John never saw the man in the buggy carrying a firearm.

In one scene, Mary’s brother threatened the witness’s life regarding his statement. By then, the deputy in charge, Deputy Sheriff Rick Conley, should have charged him with witness intimidation.

Bonanza is a classic Western series you’ll enjoy watching alone or with your family. From September 1959 to January 1973, each hour-long episode of the 14-season show aired on the NBC network. The Secret is the 63rd episode out of 430 and the thirty-first for its second season.