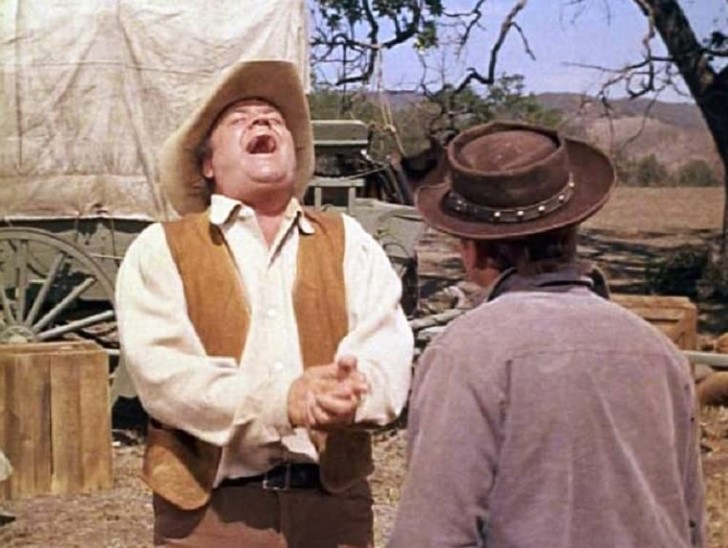 During its prime, millions of people enjoyed watching the mighty adventures of the fictional Cartwright family in Bonanza. The Dream Riders, the second season’s thirty-second episode, initially aired on May 20, 1961. Jack McClain and James Van Wagoner co-wrote the episode.

Major Cayley, an old Army friend of Ben Cartwright, is played by Sidney Blackmer as a balloon ascensionist. Cayley operates his latest experimental flight at the Ponderosa with Ben’s permission. However, Ben is unaware that the major intends to use the flight as a distraction as his accomplices rob the Virginia City bank. Another twist comes through as Cayley’s beloved daughter, Diana (Diana Millay), arrives unexpectedly, clueless of her father’s scheme.

Read more of The Dream Riders or see the full episode below.

Watch the Full Episode of The Dream Riders

Watch the Full Episode of The Dream Riders:

The following actors appeared in The Dream Riders, the second season’s thirty-second episode:

Major John F. Cayley, Ben’s old Army friend, visits the Ponderosa to conduct his latest hot air balloon experiments at the Ponderosa. His ambition is to build an ocean-crossing airship. Meanwhile, his Army men, Private Bill Kingsley and Sergeant Hines, are in a hotel in Virginia City. Adam meets the two Army men, offering them a room at the Ponderosa. However, they insist on staying in the hotel and visiting the Ponderosa instead.

Accidentally flying in the hot air balloon made Hoss fascinated by the possibility of flying in an air balloon. Ben is skeptical about John’s ambition, especially since it’ll require a ton of money to make his dream come true. However, John assures him that he’ll fly no matter the cost.

Diana Cayley, the major’s daughter, suddenly arrives in town from the east to surprise his father. Adam and Private Kingsley accompany her as they all head to the Ponderosa.

Once they arrived at the Ponderosa, Private Kingsley requested to visit the site, and Ben accompanied him. Meanwhile, Diana was against his father building his dream, thinking it was impractical. Regardless, John is determined to make his dream airship come true.

Later, it appears that John and his army men are planning to rob a bank in town and use the balloon ride out on the Ponderosa as a distraction. The money they’ll get will serve as Major John Cayley’s funds to build an airship fleet.

Kingsley and Diana reunite outside the Ponderosa house. Diana asks Kingsley about his father, considering she found that the Army has no idea of his whereabouts. Kingsley kept the plan a secret, telling Diana it was an important experiment.

The following day, Adam stayed at the Ponderosa house while the rest of the Cartwrights visited the balloon site. There, Adam asked Diana about John’s plan. Diana tells him that John’s on a secret mission for the Army, but Adam knows something’s off. He tells Diana that Kingsley went to Virginia City bank despite being closed. Understanding something’s wrong, Adam and Diana head to Virginia City to find the truth.

Sergeant Hines and Private Kingsley threaten Hershell to fill their bag with money. After getting what they wanted, Hines knocked Hershell out and left. However, in their hotel room, Hines expressed dissatisfaction with obeying Major John’s orders. They engage in a brief scuffle, ending with Kingsley on the ground and Hines leaving with the bag of money.

Once Adam and Diana arrive in Virginia City, Hershell tells them that two Army men robbed the bank. They find an injured Kingsley at the hotel, informing them that Hines got the money. Diana asked Kingsley about the truth. Kingsley reveals that the money will serve as the fund for building the Atlantic Queen, Major John’s dream airship. Together, the three head to the balloon site to stop Hines.

Hines tells John they should leave immediately since the plan didn’t go as expected, leading to Kingsley’s death. They board the hot air balloon while the Cartwrights assist in setting the airship up to the sky. Adam, Diana, and Kingsley arrive in time before Ben can cut the role of the balloon. There, Adam tells the Cartwrights about John’s plan. Hines pulls his gun, aiming at Kingsley. John stops him but can’t avoid the bullet from Hines. Adam manages to shoot Hines dead.

Full Script and Dialogue of The Dream Riders

Behind the Scenes of The Dream Riders

This episode was director Robert Altman’s favorite among those he directed for the series. Robert Altman and Dan Blocker (Hoss Cartwright) became close friends, which lasted until Blocker’s untimely death.

This episode marks Sidney Blackmer’s first of two appearances in the series as Major John Cayley. His second appearance was playing the corrupt politician Samuel Endicott in “The Late Ben Cartwright.”

Bonanza is an American Western television program you can enjoy alone or with your loved ones. Its popularity made the show last for 14 seasons, with the NBC network airing each hour-long episode from September 1959 to January 1973. The Dream Riders is the 64th episode out of 430 and the thirty-second for the second season.