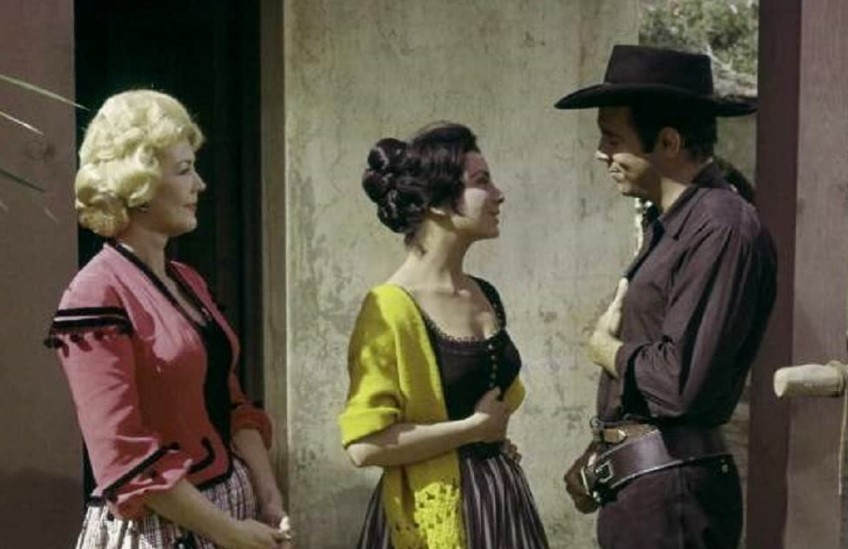 Bonanza narrates the life of the Cartwright family while teaching the importance of family and addressing many social issues deemed taboo during its time. Richard Landau wrote season two’s twentieth episode, The Fugitive, which aired on February 4, 1961.

Adam Cartwright decides to look into the murder case of Carl (James Best), the son of a former Ponderosa foreman, Will Reagan (Will Wright). Adam rode to Plata, Mexico border town, ostensively arriving to retrieve Carl’s body. However, he is looking for the causes of his untimely demise. Upon his disguised investigation, he discovers much more than he bargained for, but he might not survive to tell the tale.

Read The Fugitive‘s storyline and behind-the-scenes information, or watch the episode below.

Watch the Full Episode of The Fugitive

Watch the Full Episode of The Fugitive:

The Fugitive, Bonanza’s fifty-second episode overall and twentieth episode for its second season, featured some of the show’s recurring and guest stars in addition to the lead cast. The cast members in the episode are:

Full Story Line for The Fugitive

A former Ponderosa foreman named Will Reagan arrives at the Ponderosa to make a request. He asks Ben and Adam to read him a letter that he believes came from his son, Carl Reagan. Ben opened the envelope to find a letter and a ring, then told Will it was some form of advertisement. Upon examining the jewelry, Will recognizes it’s Carl’s. Having been a good friend of the Cartwrights, he also realizes Ben’s lie and asks for the truth. Ben reveals the letter was from the authorities in Mexico declaring Carl’s death. Will couldn’t believe the news but expressed his will to bring Carl’s body back to their place.

Ben sends Adam because Will is too old to travel to Mexico to retrieve his son’s body. Upon his arrival, he immediately visits a local hotel to rent a room. When he asked the lady in charge regarding Carl Reagan, her welcoming approach turned bitter. She insists Adam ask Carl’s widow instead.

Adam introduces himself to Carl’s widow, Maria Reagan, as her husband’s old friend. However, she tells him off, thinking there’s nothing they could discuss, considering her husband is dead. Adam gets to speak with Maria again at a local bar. Although hesitant, Maria tells him that she thought the law officials informing Will about Carl would be the best. She tells him to go home, but Adam insists he’ll only leave after getting a few answers.

When Adam returned to his room, two men were waiting for his arrival to tell him that he was in the wrong town. After Adam refuses to leave, they knock him out. When he woke up, he asked El Jefe, the law enforcer in Plata, about the two men who ambushed him in his hotel room. However, El Jefe only told him that he should leave. Adam asked why and how Carl died. El Jefe reveals that he faced a murder charge, attempted to escape jail, smuggled guns, and even robbed mine shipments. Adam refuses to believe Carl was a murderer, still seeking the truth for Will’s peace.

Adam returns to the bar to talk to Maria again. Like him, Maria saw the good things in Carl, even if other people in town did not like him.

Meanwhile, it appears that one of the men who ambushed Adam, Pablo, was Maria’s brother. Pablo insists Maria tell him what he discussed with Adam at the bar. Maria tells him that he only talked about Carl and their marriage to tell Will about those things. The other men approachers her with a knife, causing her to scream loud enough for Adam to interfere. However, Maria insists they were her friends. Adam brings Pablo to El Jefe.

At El Jefe’s station, Pablo tells El Jefe that Adam was molesting his sister. Adam insists he didn’t know who he was referring to until they mentioned Maria’s name. When Adam returns to the hotel, the owner, Beulah, allows him to stay for another night. Beulah also stated that Maria’s like a daughter to her and that Carl Reagan was a thief and murderer. All of a sudden, a voice from the shadows spoke. There Carl was, alive and well. He threatens to kill Adam for knowing he’s still alive but agrees to talk for a while. Carl asks about his father. Adam tells him that Will’s nearly blind and dead inside because of him. Carl reveals that it’s better to declare himself dead than face his sentence. Carl also sent the two thugs who went after Adam. He allows Adam to return home only if he tells his father he died from a disease. Then, Carl reveals robbing a silver shipment before leaving Plata, Mexico.

As Adam leaves El Jefe’s station, Maria approaches him, insisting he leaves the town. However, Adam insists on telling Carl’s father the truth about his son. Maria asks Adam to forget Carl, considering he was his old friend. Adam tells him to return to Virginia City, but she insists on staying and not leaving her husband.

Meanwhile, Adam receives a letter from Maria. Sure enough, it was a trap to help Carl. Carl thinks Adam is trying to take Maria away from him. Maria stops Carl from killing Adam, threatening to tell El Jefe about the truth if he continues with his plan. After seeing his wife’s wavering loyalty, he asks Pablo to shoot her to prove his loyalty. Pablo fails to do as ordered, so Juan, the other thug, fires at Maria. Pablo manages to push her away, shooting Juan, who retaliates immediately. Adam grabs the gun from Pablo’s holster, firing at Carl. Before dying, he asks Adam to tell his father that he thought about him often.

El Jefe thanks Adam for his help, opening the town to other people like him. Adam leaves the place and bids his farewell to Maria and Beulah. He delivers the news to Will, who is happy to hear that Carl has settled down and had a loving wife.

Full Script and Dialogue of The Fugitive

Behind the Scenes of The Fugitive

The episode’s title in German is “Tod in Mexiko,” which translates as “Death in Mexico.”

The classic Western series Bonanza is a great show to watch alone or with family. From September 1959 to January 1973, each hour-long episode of the series aired on NBC. The Fugitive is the 52nd episode out of 430 and the twentieth for its second season.