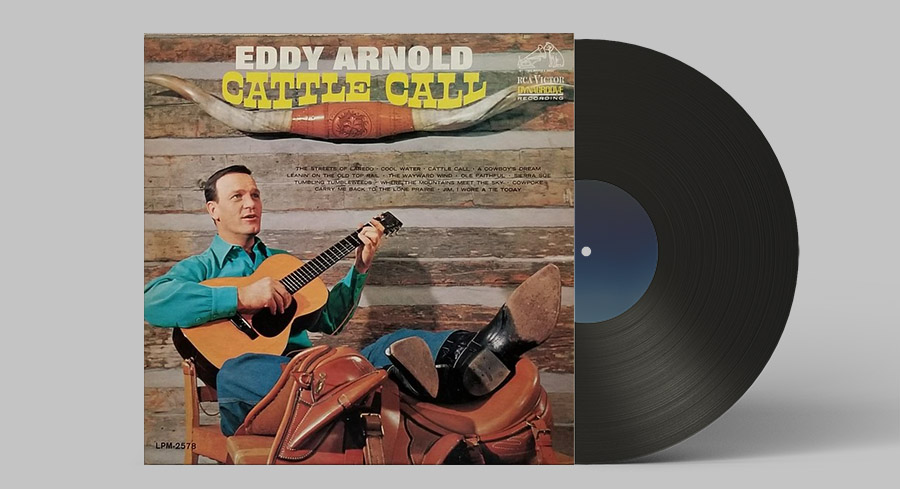 Cattle Call is a song that American songwriter and musician Tex Owens wrote and recorded in 1934. The melody of the song was adapted from Bruno Rudzinksi’s 1928 recording “Pawel Walc”. It became Eddy Arnold’s signature song. The members of The Western Writers of America included it in the Top 100 Western Songs of all time.

The song was written by Owen in Kansas City while watching the snowfall. He said that watching the snow, his sympathy went out to the cattle everywhere, and he just wished he could call them all around him and break some corn over a wagon wheel and feed them. And that is when the words cattle call came to his mind. He picked up his guitar, and in thirty minutes, he had written the music and four verses to the song. In 1936, he recorded the song again.

Various artists have covered the song. Some of the most notable versions were recorded by:

The song made an appearance in films as well. The song has been featured and used in the following movies: