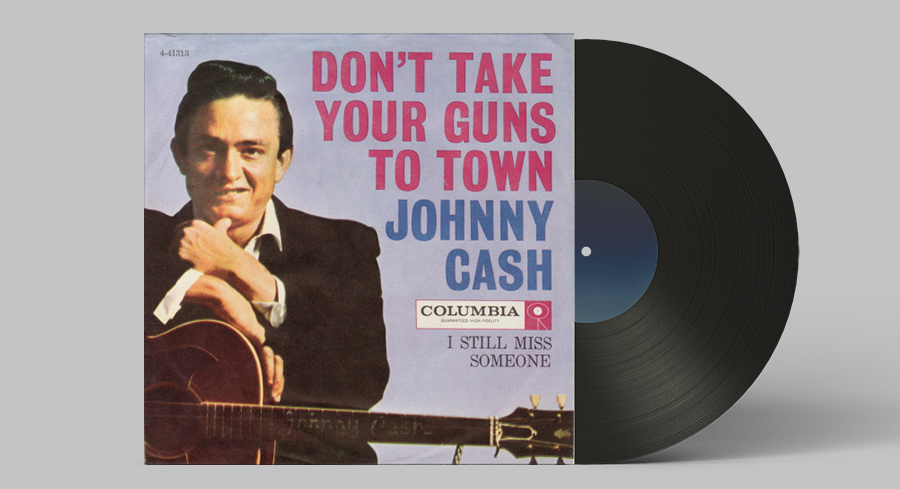 Don’t Take Your Guns to Town is a song that American singer Johnny Cash wrote and recorded. It was the first single from the album The Fabulous Johnny Cash released in December 1958. The song tells a story of a young cowboy who, neglecting advice from his mother, brings his guns into town, goes with a gun in a saloon, and is killed. It was voted by members of Western Writers of America as one of the Top 100 Western songs of all time.

It’s a song about having wisdom or lacking it. Bill’s mother had enough wisdom to know that there were circumstances that her son could not understand. However, he did not listen and remained confident that he would not be tempted to use his guns in an offensive manner, and otherwise, he would shoot as “quick and straight” as everyone else. He then found himself in a bar, insulted, and went to pull out his gun, and before he could see it, someone else pulled out the gun first, shot him, and eventually killed him. His last words were his mother’s advice to “don’t take guns to town.”

Many artists have covered Don’t Take Your Guns to Town. Some of the most popular versions were recorded by:

The song has been released as well in the tracklist of many albums including: