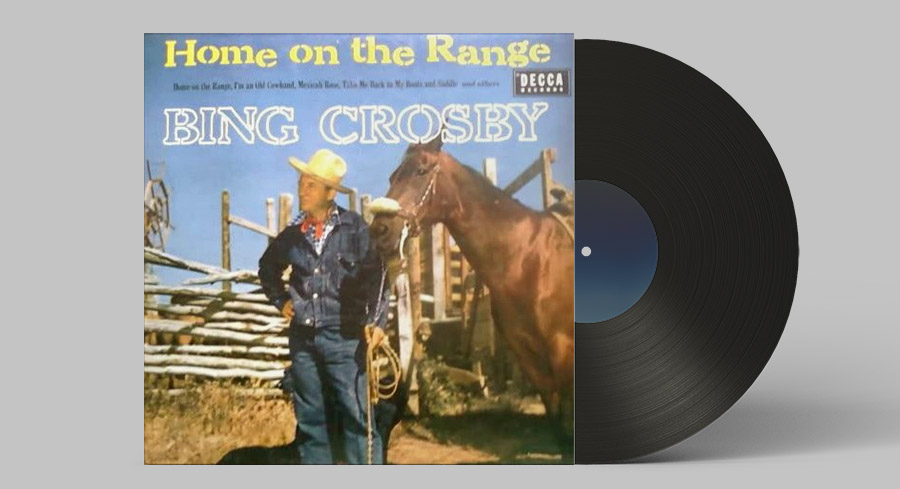 Western Song: Home On The Range

Home on the Range is a classic cowboy song chosen as one of the Top 100 Western Songs of all time by the members of The Western Writers of America. The song is also called the “unofficial anthem” of the American West and it became the Kansas state song in 1947.

The version of the song that was recorded by Bing Crosby on September 27, 1933, with Lennie Hayton and his orchestra for Brunswick Records is the most popular. The song appeared in the various charts of that time and became really popular in the 1930s.

Lyrics to this song were written by Dr. Brewster Higley as a poem called My Western Home. Later on, Daniel E. Kelley who is a friend of Higley and a member of the Harlan Brothers Orchestra set a melody for the song on his guitar. It was then used by ranchers, cowboys, and other western settlers. The song spread across the United States in different forms.

Because of the Homestead Act, Higley moved from Indiana to Smith County, Kansas where he lived in a small cabin near West Beaver Creek. Higley was inspired by his new environment that’s why he decided to make a poem to praise the prairie. It was first published as a poem in the Smith County Pioneer in 1872.

Different versions of the song arose as it spread throughout the country. The most notable ones are recorded by the following artists:

Other Titles for Home on the Range

The song has since gone by several names. Variations of the same song have also been written as:

Home on the Range made an appearance in plays and films as well. The song has been featured and used in the following movies:

Home on the Range Lyrics