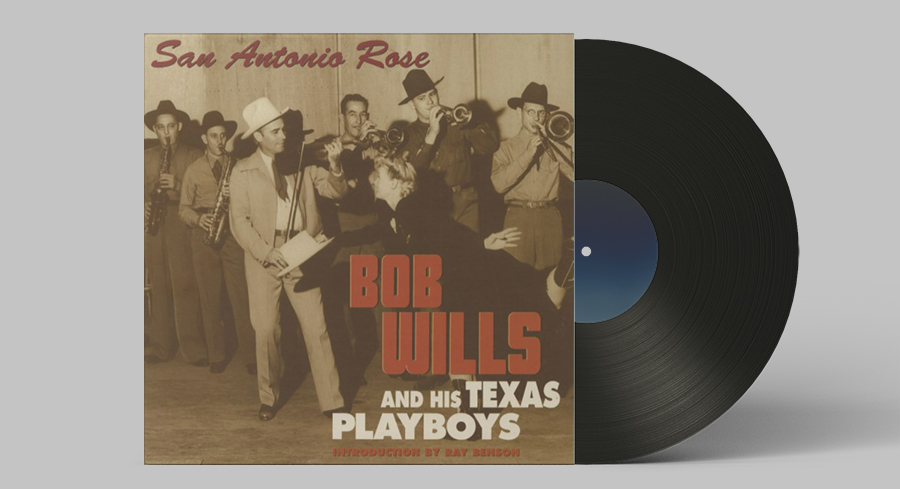 “New San Antonio Rose” or just “San Antonio Rose” was the signature song of Bob Wills and the Texas Playboys. Wills wrote it as an instrumental song at first, and he recorded the track with the Playboys on November 28, 1938. The song was written in the first person with the “Rose of San Antone” being the lost love of the singer. It ranked # 49 in the list of the Top 100 Western songs of all times chosen by the Western Writers of America.

Recordings of the Song

On April 16, 1940, the band made a new recording with the vocal of Tommy Duncan. They added new lyrics, and New San Antonio Rose became the new title of the song. It sold three million copies of Columbia Records. Of all the recordings, Bing Crosby with Bob Crosby and the Bob Cats made the most success on December 16, 1940. Their cover sold over a million copies, and Bing Crosby received a gold disc award.

The song became the first national hit by Bob Wills and His Playboys, moving them from their Southwestern fame to national notice. Their cover made it to the charts in two separate years, 1941 and 1943.

The Mexican influence Bob Wills found growing up in the Southwest reflects the music and lyrics of the song. By playing the bridge in reverse, Wills created the melody of the original “San Antonio Rose” itself from a traditional tune, “Spanish Two Step.”

Bob and his Playboys ruffled the feathers of Southern country music moguls on December 30, 1994, when they performed the song with horns and a drum at the Grand Ole Opry.

Several genres of the song have been recorded by many artists.

Other notable recordings are made by:

The song has been featured or used in films including:

Previous Post
This Is What Happened In The Last Episode Of Bonanza
Next Post
Western Song: Last Comanche Moon