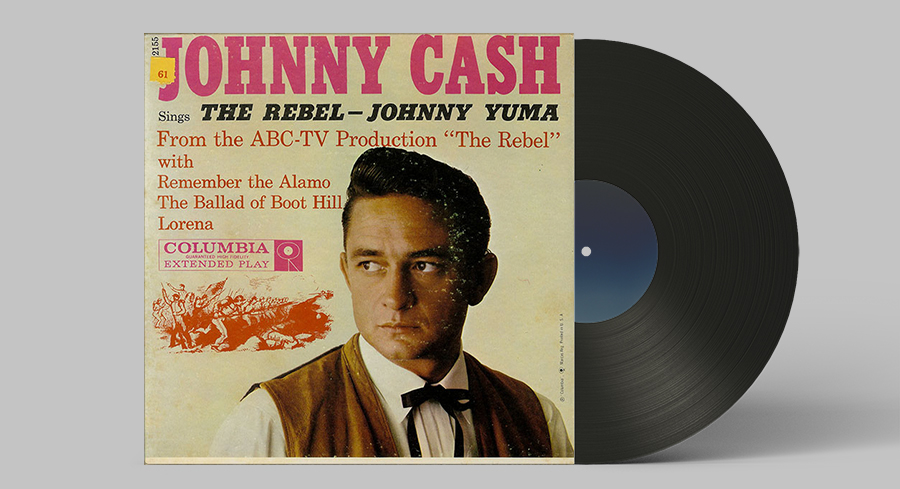 The Rebel (Johnny Yuma) is the theme song of The Rebel — a 76-episode American western television series, composed by Richard Markowitz and lyrics by Andrew J. Fenady. The song is included in the Western Writers of America‘s list of Top 100 Western songs of all time.

Johnny Cash recorded the song and was released as a single in April 1961, soon before the show went off the air. Nick Adams recorded the theme that was released on Mercury Records in March 1960. During the syndication, the theme got replaced by the instrumental track of DeWolfe Music Library, “Dodge City No. 1” by Jack Trombey.

Cash was requested to perform the theme song to the TV western The Rebel, which starred Nick Adams and ran from 1959 to 1961. The theme of the series must have pleased Cash. And even though he did not write it, you would never know it. In 1961, the song reached number 24 on the country chart, shortly before the series was canceled.

The song is about the story of a young Confederate soldier who was left to roam aimlessly across the West two years after the Civil War. The song perfectly captures the grief the soldier experiences as he wanders alone in a lawless land.

Many artists have covered the song. Some of the most notable versions were recorded by:

The Rebel (Johnny Yuma) In Albums