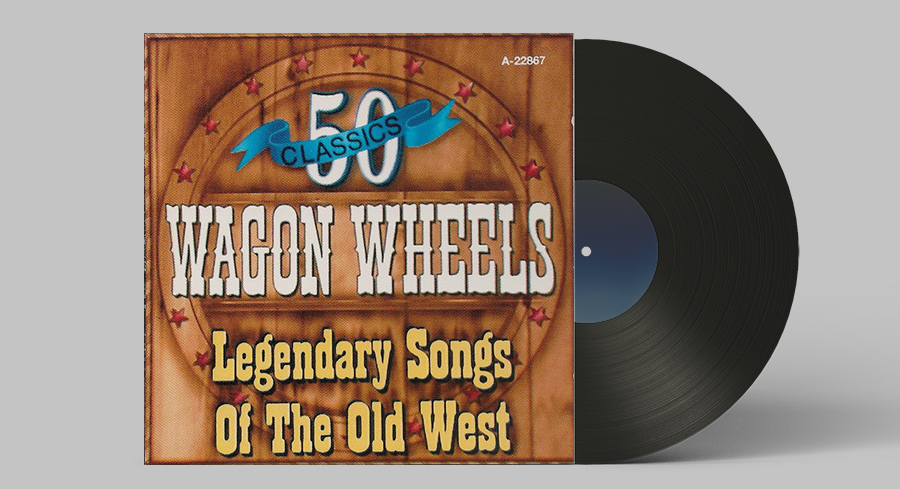 American songwriter Billy Hill and composer Peter DeRose wrote the Western song “Wagon Wheels” in the early 1930s. Everett Marshall first performed the song live in the stage production Ziegfeld Follies of 1934. On the other hand, its first recording and release as a single were by Paul Whiteman and His Orchestra in 1934. It was also the title song of the 1934 Western film Wagon Wheels, starring actors Randolph Scott and Gail Patrick.

Various artists recorded their versions of the song. Its most well-known version was by the Sons of the Pioneers, released on their album entitled Cool Water.

Members of the Western Writers of America added “Wagon Wheels” to their list of the Top 100 Western songs of all time.

Charles Barton directed the 1934 Western movie Wagon Wheels, starring American actor Randolph Scott and film actress/television producer Gail Patrick. The film was a remake of the 1931 Paramount movie Fighting Caravans—based on American author Zane Grey’s novel of the same name. The story revolves around the main character, scout Clint Belmont, and his two sidekicks guiding a wagon train heading west to the newly opened Oregon territory. Along the way, they faced different hardships, including a battle against Indians.

Many artists have covered the song over the years since its first release. Some of the most popular versions include those that belong to the following artists: