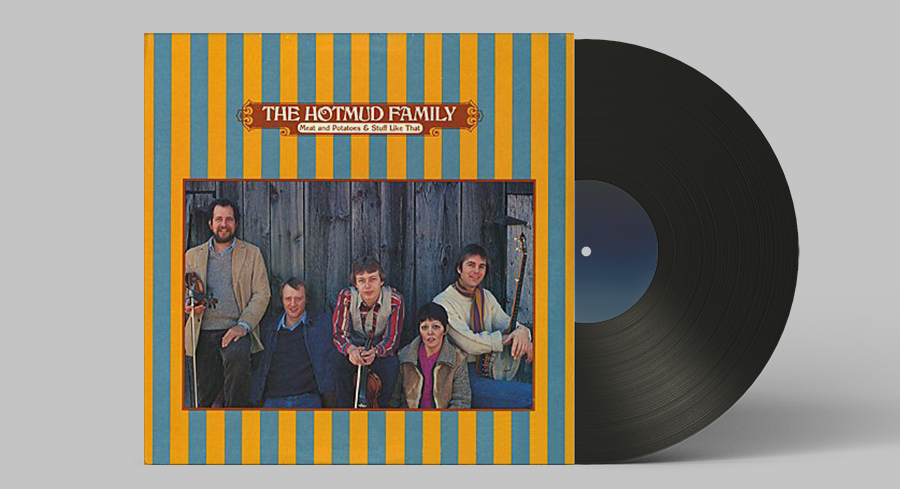 Dust Eatin’ Cowboys is a song of the Hotmud Family. It is one of the 15 tracks of Hotmuds LP Meat and Potatoes & Stuff Like That released by Flying Fish Records in 1981. Members of the Western Writers of America chose the song as one of the Top 100 Western Songs of all time.

The Hotmud Family was a U.S. folk and bluegrass band based in Dayton, Ohio, active from 1970-1984. In 2010, four out of the six LP records they recorded were re-released on a two-CD.

Suzanne Thomas, Rick Good, and Dave Edmundson were the original band members. Their interest in country music of the 1920s and 1930s, fueled by the success of the New Lost City Ramblers, inspired them to study the recordings of pre-World War II artists which include the Carter Family, Uncle Dave Macon, Jimmie Rodgers, the Delmore Brothers, and the Skillet Lickers.

They were regular entertainers at string music festivals in the 1970s, playing hundreds of dates with entertaining stage performances and an unusual “mix of old times and bluegrass influences.” Hotmuds recorded four LPs for Vetco Records in Cincinnati between 1974 and 1978. In their 14-year run, they became known as “the former band that could sing.”

Among the 15 tracks from their 1981 LP Meat and Potatoes & Stuff Like That was Dust Eatin’ Cowboys. The song is about honoring the simple cowboys of the American West.