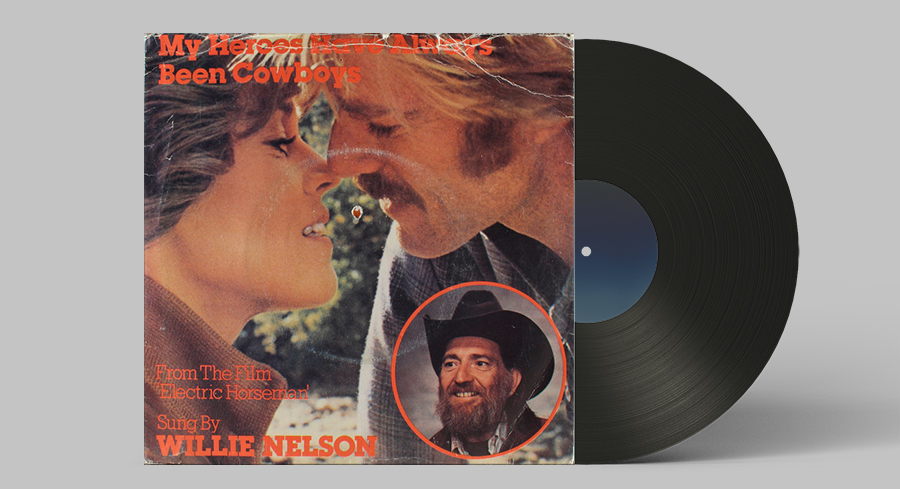 Western Song: My Heroes Have Always Been Cowboys

My Heroes Have Always Been Cowboys was written by an American musician, songwriter, and producer Sharon Vaughn. In 1976, it was recorded by Waylon Jennings on the album Wanted! The Outlaws. Willie Nelson further popularized the song in 1980 as a single on the soundtrack to the 1979 American comedy-drama romance western film, The Electric Horseman. His version is his fifth number one on the country chart. The single remained at number one for two weeks and spent a total of fourteen weeks on the country chart.

The members of the Western Writers of America included the song in the Top 100 Western songs of all time.

In an interview, Sharon Vaughn shared the story of how the song came into Waylon Jennings’ hands. She was just asked to go home and write a cowboy song and after just seventeen minutes, she was able to write the song. It got into Jennings when Vaughn went by in his office to show him her recording of Back in the Country. She thought that the song was co-written by Jennings that’s why she showed him her recording, but it turns out that it’s Will Jennings who wrote the song. There she gave her recording of “My Heroes Have Always been Cowboys” which Jennings liked, so he recorded it that day.

The song tells the story of a boy who wants to be a cowboy. The song begins with a boy dreaming of wanting to be a cowboy because he sees something in them that admires him. He learned all about the life of a cowboy and grew up to be one. It wasn’t an easy life he realized, but it was a life he always wanted.

My Heroes Have Always Been Cowboys Popular Recordings

Some of the artists who recorded their version of the song are:

Here is the list of albums where the song has been released:

My Heroes Have Always Been Cowboys Lyrics

Previous Post
What Gun Did Billy The Kid Use? Check It Out
Next Post
Western Song: Ballad of the Alamo