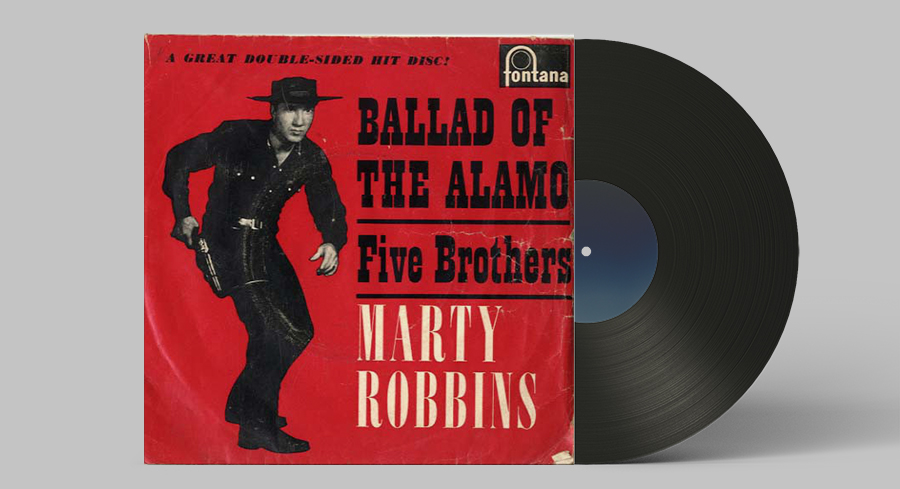 Western Song: Ballad of the Alamo

The Ballad of the Alamo was written by Russian-born American, Dimitri Zinovievich Tiomkin. Aside from being a Hollywood film score composer and conductor, he is also one of the most well-known and best-loved music writers. The song was included in the Top 100 Western Songs of all time chosen by the members of the Western Writers of America.

Tiomkin did an excellent job in placing extensive musical scores together with some killer lyrics—and when Marty Robbins recorded The Ballad of the Alamo, it was a sure success. Out of many artists who covered the song, and inspired other songs about the Alamo, the original Robbins’ version recorded in 1960 is exceptional. It became a crossover hit, spent 13 weeks on the pop charts, and ranked high at #34, at one point.

This song stands tall among other songs that teach history through music because of its haunting melody combined with unforgettable lyrics. The song tells a story of how Santa Anna called for surrender and Travis “answered with a shell and a rousing Rebel yell.” Santa Anna announces his order as the lyrics of the song goes: Play Degüello,’ he roared; I will show them no quarter; Everyone will be put to the sword!”

Ballad of the Alamo Popular Recordings

The song has been covered by the following artists:

Ballad of the Alamo Lyrics

Previous Post
Western Song: My Heroes Have Always Been Cowboys
Next Post
Is Any Of The Cast Of Bonanza Still Alive? Check This Out