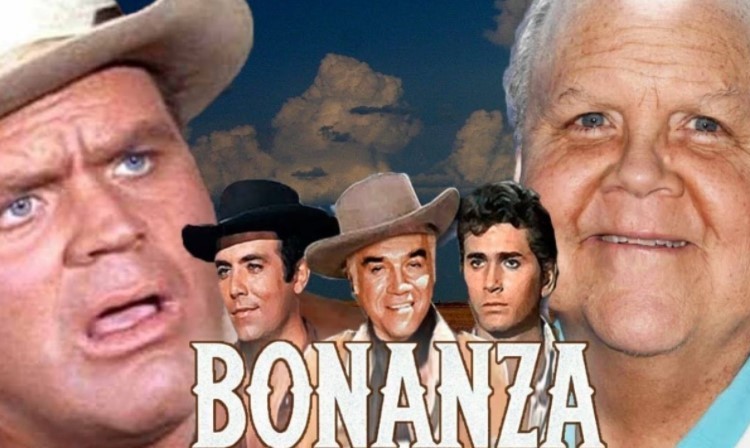 Is Any Of The Cast Of Bonanza Still Alive? Check This Out

Several years ago since the Western show Bonanza has been aired. Is any of the cast of Bonanza still alive? Where are they now?

The Bonanza took place in the early 60s. The program focused on the Cartwright family, consisting of the patriarch Ben Cartwright and his three sons.

It was considered one of the greatest Westerns of all time and the second-longest-running Western series ever made, with 431 episodes in fourteen seasons. The show ran from 1959 to 1973, taking over television and keeping its viewers glued.

Bonanza depicted the typical Western genre while taking advantage of the flexibility it offers. The series showed life in the frontier while tackling social issues prevalent in America at that time.

The presentation of the characters was a hit in every episode. By the end of season one, people were already in love with the show, especially the cast.

It’s been many years since the show ran on-screen. However, up to this day, fans continue to talk about the cast members like the show just aired yesterday.

Now, this brings us to the question.

Is any of the cast of Bonanza still alive?

Yes, two of the main cast of Bonanza are still alive. Unfortunately, the other members of Bonanza‘s main cast have passed away.

Since the show aired decades ago and many cast members weren’t children then, it isn’t surprising that several of them have died. However, some deaths were premature—for example, Dan Blocker.

This post contains information on the Western, Bonanza. Read on for more.

Each of Ben Cartwright’s sons came from each of his three deceased wives. The first season had episodes about the three dead Cartwright wives before their death.

The Cartwright brothers were different, and the first few seasons of Bonanza showed their disparity. For example, the differences in their lifestyle and how their individual choices affected them and the family. The brothers were so dissimilar, and they clashed because of this. We see them navigate their differences at the beginning of the show.

All members of the Cartwright family lived in the family’s ranch called Ponderosa at the shore of Lake Tahoe. The Ponderosa was a massive ranch covering about 500,000 acres of land.

As the show progressed, there were apparent changes. The story gradually moved away from the clashing personalities of the Cartwright brothers. It went on to their work, how they ran the family business, exerted influence, kept the peace, and protected what was theirs.

The show ended a long time ago, and many cast members are no longer with us. Here are some of them and the roles they played in Bonanza:

This pattern repeated itself in the other characters’ love lives. They fell in love, had a romance that hardly ended up in marriage, and when it did, the wife ended up dead.

Lorne Greene, who got a lot of attention for portraying Ben Cartwright, died of pneumonia at 72.

Michael Landon: Landon played the heady last son of the Cartwright family, Joseph “Little Joe” Cartwright. He was on the show for years doing more than just acting his part. He directed and wrote on the set of Bonanza, sharpening his skills on the job.

Michael Landon, who appeared in 416 episodes of Bonanza, died at age 54 of pancreatic cancer. He wrote and directed a couple of scripts for different shows before he passed.

Dan Blocker: Dan Blocker played Eric “Hoss” Cartwright in Bonanza. He was the giant middle son who the viewers loved deeply. Hoss was most people’s favorite character from Bonanza. The huge man, Blocker, weighed well over 300 pounds, making him perfect for the role of Hoss Cartwright, the giant.

Unfortunately, Dan Blocker died of a post-op pulmonary embolism before the show ended. It was a massive loss to the Bonanza cast and crew because it wasn’t only the viewers alone who loved Blocker. His co-stars and crew members loved him too. They tagged him as an easygoing person to work with on the show.

The show ended after Blocker died with the most underwhelming episode possible. Many say the void Blocker left was hard to fill, so they had to end the show.

The production didn’t exactly write off Blocker’s character in the series until the movie, where they said he died trying to save a woman who was drowning.

Pernell Robert: Pernell Roberts played Adam Cartwright, the responsible and uptight first Cartwright son. Adam was most interested in the academics of the three sons. He studied architecture and later built the family’s ranch.

Pernell Roberts was outspoken about his views on the show and changes he felt the network should make. According to him, the show wasn’t doing enough in passing essential themes. He said the Bonanza storyline was following the crowd.

He didn’t like that his character, of over thirty years old, couldn’t make decisions about his life without seeking approval from his father. This particular subject was one out of many other things he thought the show could improve on.

Roberts didn’t stay on the show until its last season, even though it was doing well. He left in the 202nd episode after the network tried unsuccessfully to replace him. There was an attempt to replace him with a new character, Clay, a distant relative of the Cartwrights. Michael Landon disagreed with the replacement, so that didn’t work out.

After choosing to leave the show, he had to stay for a whole year before he finally left, giving the production the chance to replace his character. The network made it look like he was on the sea, which was why they considered bringing him back after Dan Blocker’s death.

Guy William: Guy Williams played Will Cartwright, the character that finally replaced Pernell Roberts in 1964. The network didn’t want to deviate from the “four-males make up the family” theme. Hence, they developed a new character and brought a new cast member to keep it that way.

Guy William wasn’t on the show for a long time. There were speculations that Landon didn’t agree to them adding a new Cartwright to the series. Guy already had a reputation before the Bonanza, and he went on to do more after the show. Guy died of a brain aneurysm at 65.

Ray Teal: Ray Teal was Sheriff Roy Coffee in the series. This role was Teal’s most extended role in a television series with 98 episodes.

Ray Teal was in the film industry for over 35 years featuring in over 300 shows and films.

Two members of the main cast are the only ones alive today. They are:

His feature film debut was in Yours, Mine, and Ours at 12. He also got nominated for the Golden Globe “Best Supporting Actor” in The Reivers.

Vogel decided to leave the entertainment industry in the 70s. He has done a couple of interviews since he decided to get out of the limelight. His most recent interview was in 2017 when he talked about how he got on Bonanza.

Vogel currently lives in California with his family.

Tim Matheson: Matheson played Griff King in the show, and he was on the show for an entire season. The character Griff King was an ex-convict who came to Ponderosa for a different life.

Tim Matheson, who is currently 73, is still an actor making appearances in movies and television shows, including Netflix’s Virgin River show. Matheson has a wife and three kids.

Bonanza ran for fourteen seasons, and even though it was longer than most Western shows, it was a huge success. The cast members contributed immensely to the success of the series. Therefore, whether they are alive or dead, their fans would remember them for delivering such a fantastic show.

Through this post, we found out which Bonanza cast members are still alive.

If you are looking for great western books, check out these authors.

Previous Post
Western Song: Ballad of the Alamo
Next Post
Blue Cut Train Robbery: Bringing The Past To Life

5 thoughts on “Is Any Of The Cast Of Bonanza Still Alive? Check This Out”