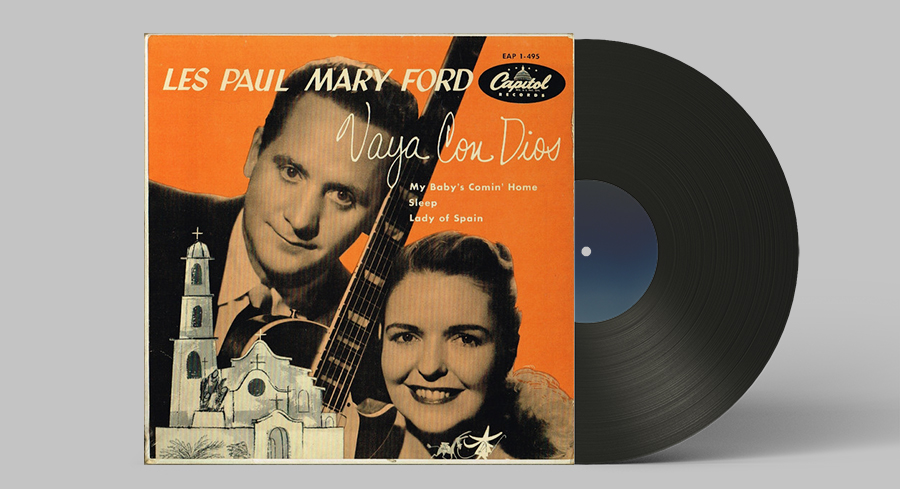 Vaya con Dios was a popular song written in 1953 by Buddy Pepper, Inez James, and Larry Russell. Anita O’Day (with Orchestra conducted by Larry Russell) first recorded it in December 1952. Then, she released the song in April 1953 on her single, Ain’t This a Wonderful Day.

Les Paul and his then-wife Mary Ford also recorded and released the song in 1953 in their single, Vaya con Dios (May God Be with You). The musical duo’s recording became the most popular version, which was evident in its chart performance. For example, it reached the top 1 position on the Billboard and Cash Box chart in 1953. Moreover, the song stayed on the charts for weeks after its release.

Members of The Western Writers of America included the song in the Top 100 Western Songs of all time.

Hundreds of artists recorded their versions of the song. Aside from the previously mentioned artists, among the notable recordings were by:

Several artists and songwriters recorded their musical adaptation of the song Vaya con Dios. These include: