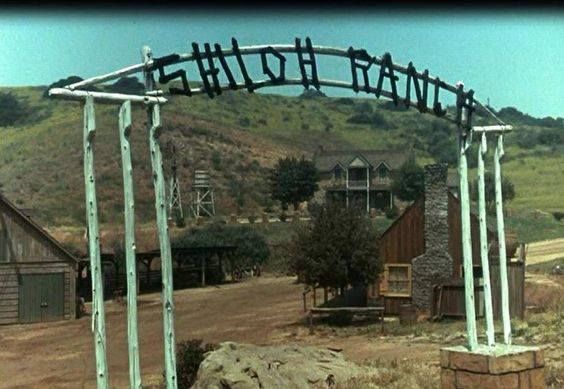 If you are one of the avid followers of The Virginian, you know that Shiloh Ranch is a big part of this show. Have you ever wondered where Shiloh Ranch is located? Let’s find out.

A lot of work goes into the production of any great TV show. But The Virginian, a Western series from the 60s, made quality film production look like a walk in the park.

The series was a massive hit. Almost everything connected to it became famous, especially the actors and the place, Shiloh Ranch.

Shiloh Ranch was a significant part of The Virginian. The whole show and the people in it revolved around different happenings on the ranch. The ranch was as famous as the series and cast.

So, here’s the question.

Where was Shiloh Ranch located?

Shiloh Ranch was in Medicine Bow, Wyoming. That place was the epicenter of the show. That means the main characters in The Virginian either lived or worked in the ranch during the series.

This post contains more information on the topic. Read on:

Shiloh Ranch had five different owners between seasons one and nine. It originally belonged to Judge Garth, who owned the ranch for four seasons. Garth lived in the place with his daughter Betsy. He was a respectable man, and the citizens of Medicine Bow looked up to him.

Lee J. Cobb, who played Judge Garth, left the show in its fourth season. Hence, the production made the viewers believe that Judge Garth was moving on from Shiloh Ranch to become the governor of Wyoming. Before he left, he clearly stated that he wanted his daughter Betsy to have the ranch.

Eventually, Betsy also left Shiloh Ranch. She got married to a minister and moved to Pennsylvania. When Betsy and Judge Garth left the show, the producers brought in a new character, John Grainger. Mr. Grainger was the grandfather of Elizabeth and Stacey Grainger. He arrived to run the ranch when season five began.

Unfortunately, Charles Bickford, who played John Grainger, died suddenly, so that was the end of John Grainger’s character. His brother Clay Grainger became the owner of the ranch. He ran the Shiloh Ranch from season five to season eight.

In the final season, Colonel Alan Mckenzie became the new and last owner of Shiloh Ranch.

Who Was The Foreman Of Shiloh Ranch?

The Virginian, played by James Drury, was the ranch’s foreman. He and Trampas were the only constant character in Shiloh Ranch, even with the different owners. Trampas was the Virginian’s sidekick, and he was in Shiloh from the first season to the last.

The Virginian was responsible for maintaining the orderly lifestyle in the ranch. The character was formidable and fierce, just like the character in the 1902 novel “The Virginian, A Horseman of the Plains.” The novel by Owen Wister became the inspiration behind the series.

The Virginian was mysterious, and he kept the mysterious air throughout the season. No one knew his name or the place where he originated. He was serious and committed to keeping the daily activities in Shiloh Ranch.

He dressed the same way throughout the seasons. His signature outfit consisted of a black hat, a black boot, a black vest with his maroon shirt underneath. He also always went around with a revolver in his side. Everyone in the ranch respected him, and he expected them to act and deliver on tasks the way he would, which was hard.

His character was the most consistent character throughout the series.

Which Virginian Characters Lived In The Shiloh Ranch?

Trampas: Doug McClure as Trampas. The character lived in Shiloh Ranch from the beginning of the Virginian to the end. Unlike the Trampas in Owen Wister’s book, a villain that the Virginian killed, this Trampas was a fun-loving-recovering gambler.

Trampas wasn’t a law-abiding citizen until he came to live in Shiloh Ranch with the Virginian and Judge Barth. He still got into a lot of trouble, but he was more responsible and less likely to end up on the wrong side of the law. There were even episodes dedicated to Trampas’ past.

His character developed, becoming the perfect balance to the Virginian’s serious and stern countenance. His fun side was refreshing to the viewers.

Betsy Garth: Roberta Shore played the role of Betsy, who was Judge Garth’s adopted daughter. At the beginning of the series, viewers found out about Betsy’s adoption. Many viewers agree that they wouldn’t have guessed that Judge Garth wasn’t Betsy’s biological father if the show didn’t mention it. The judge had a good relationship with Betsy, who lived in Shiloh Ranch with him for years.

In the first season, Betsy was fifteen. In season four, she got married and moved to Pennsylvania. This departure to Pennsylvania was just in time for Roberta Shore’s exit from the series.

Steve Hill: Gary Clarke played Steve Hill. Steve had a fantastic relationship with Trampas and the Virginian while he lived in Shiloh Ranch. He gets Trampas out of trouble. The two friends and occupants of Shiloh Ranch had a good relationship off and on-screen, and the viewers loved their chemistry.

Steve was on the show for two seasons and came back as a guest character a few times in season three. Initially, he didn’t plan to go to Shiloh Ranch.

Steve ended up in a rival ranch because he got kicked out of a train in the middle of nowhere. While he was there, he thwarted plans against Shiloh Ranch. Eventually, he talked to a grateful Judge Garth to let him stay and work on his ranch.

John Grainger: John Grainger came into the show in season five after Judge Garth and Betsy Garth left. They brought him to take up ownership of Shiloh Ranch. Mr. Grainger lived in Shiloh Ranch with his two grandchildren Stacey and Elizabeth Grainger.

He was strict, but with his grandchildren, he was more accommodating. Unfortunately, Charles Bickford, who played John Grainger, died before the end of season five.

Clay Grainger: John McIntire played Clay Grainger. He was John Grainger’s brother, and he took over ownership of the Shiloh Ranch. He lived with his grandniece and nephew in Shiloh and ran the ranch for three seasons—seasons five through to eight. Clay was the last owner before Colonel Alan Mckenzie finally took over in season nine.

Stacey Grainger: Don Quinne played the role of Stacey Grainger, John Grainger’s grandson. He lived in Shiloh Ranch and worked closely with Trampas, eventually becoming close friends. Stacey was a role model to his younger sister. He spent only two seasons on the show.

Elizabeth Grainger: Sara Lane played the role of Elizabeth Grainger. She was a teenager on the show who lived a simple life in Shiloh Ranch. She thoroughly enjoyed riding and dancing. Trampas and her brother, Stacey, made it their responsibility to look after her. Elizabeth left the show after the eighth season.

Morgan Starr: John Dehner played the role of Morgan Starr. They brought him into the show to manage Shiloh Ranch after the death of Charles Bickford (John Grainger). The character was mean and challenging that even Trampas couldn’t befriend Morgan Starr. The viewers disliked him so much. He didn’t even last a complete season on the show.

Were There Any Characters In Virginian That Didn’t Live In Shiloh Ranch?

There were a few guest stars, including regular members that didn’t live in Shiloh Ranch. However, all characters had something to do with the ranch, as the show revolved around it.

Deputy Emmett Ryker was the first regular cast member who didn’t live in Shiloh Ranch. He was a retired law enforcer who became a mercenary simply because he could make more money. His greed was getting out of hand, so he moved to Medicine Bow to put a rein on himself.

Sheriff Abbott employed Deputy Ryker after he helped him solve a murder case. Deputy Ryker stayed on the show for four seasons, but he didn’t live in Shiloh Ranch for a day. He left the show in season six.

The series, The Virginian, displayed all-around excellence, and the locations contributed to this. Shiloh Ranch and all other scenes got filmed in one or more of the following locations:

Shiloh Ranch, located in Medicine Bow, Wyoming, was as famous as the show and its cast. When people mention the Virginian, Shiloh Ranch would be one of the first things that come to mind. It is safe to say that there is no The Virginian without Shiloh Ranch.

This post discusses where Shiloh Ranch is located and its role in the series, The Virginian.


Did you enjoy reading Where Was Shiloh Ranch Located? If you are looking for other great western books, check out these authors.