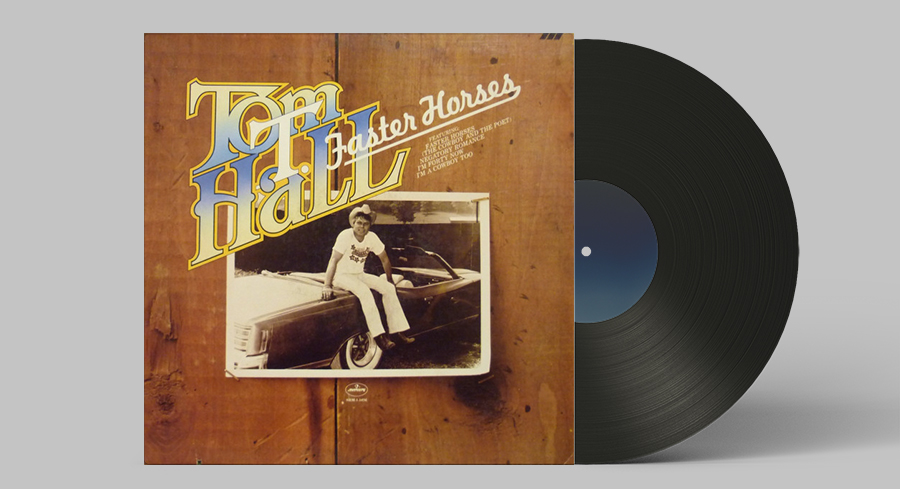 American country music singer-songwriter Tom T. Hall wrote Faster Horses (The Cowboy and The Poet) and released it as a single in December 1975. Not only was he a musician, but Hall was also a true poet with the way he composes and writes his songs. Fans recognize him as “The Storyteller,” thanks to his ability to tell stories through songwriting.

Later on, he released the country song Faster Horses as part of his 13th album Faster Horses, in April 1976. The album was a hit, climbing the Billboard chart to #3 and becoming his 7th album to enter the top 10. Moreover, the lead track “Faster Horses (The Cowboy and The Poet)” reached #1 on the Billboard Hot Country Singles chart. It spent one week at the top with a total of 13 weeks within the singles chart’s top 40. Faster Horses enters the Top 100 Western songs of all time after members of the Western Writers of America picked it.

Faster Horses tell a story of a young, aspiring poet asking a rugged cowboy in a local bar about the mysteries of life. Struck by the cowboy’s appearance reflecting his years of hard work, the poet approached the cowboy in hopes of words of inspiration to share. The cowboy answered. However, it was something the poet wasn’t expecting. The cowboy affirms his philosophy: his stance on life was “faster horses, younger women, older whiskey, and more money.” He continues to explain, “Peace and rain is just a way to say prosperity,” which meant “buffalo chips” for him.

The young poet tells him he has no interest in those things and was only looking for inspiration. The cowboy responded, calling him a liar. Disappointed and irritated with his reply, he grabs the cowboy and tries to start a fight. However, he relents when he realized a weapon pointed at his head (at gunpoint). Sensing he cannot find the secret of life, he stopped his philosophical pursuits and left poetry behind. The lines “If my boy ever asks me what it is that, I have learned I think that I will readily affirm” suggest that the young poet would recite the cowboy’s list to his son once he asked him the meaning of life.

Aside from Tom T. Hall, the song has been recorded by other artists as follows: