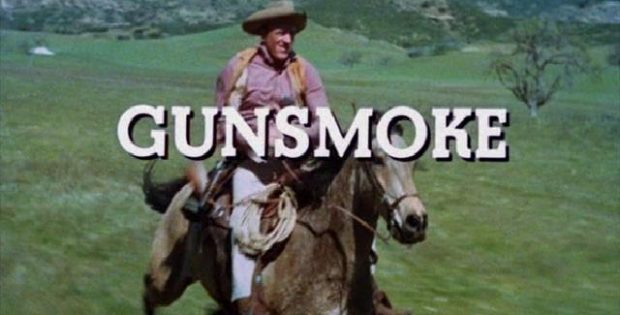 What Kind Of Horse Did Matt Dillon Ride In Gunsmoke? Check It Out

The connection of horses with cowboys and Western movies is exceptional. Like the American radio and television Western drama series Gunsmoke, you can’t consider a show or a film western without the horses. Have you ever wondered what kind of horse did Matt Dillon ride in Gunsmoke?

Gunsmoke is the longest-running Western in history, airing 20 seasons with 635 episodes for 20 years. People loved Gunsmoke so much that the series would likely appear in any “Best Show in History” list.

It featured some notable actors, James Arness, Amanda Blake, Milburn Stone, Ken Curtis, etc. These actors gave outstanding deliveries to their characters, and you can’t find any part of Gunsmoke that didn’t get some attention. Even Matt Dillon’s Horse did. Yes, the horse!

What is a Western without some gunslinging and horse riding? Fans of the show were so into the show that they noticed when Matt Dillon’s Horse appeared in a different show—Bonanza.

So, let’s face the question.

What kind of horse did Matt Dillon ride in Gunsmoke?

Buck was an American Quarter Horse (Big buckskin). He was the same horse used by Ben Cartwright in Bonanza.

After the cancellation of Bonanza, they brought Buck to a riding center for physically and mentally challenged kids, and he became the teaching horse.

What Was Gunsmoke About?

Gunsmoke is one of the most famous Westerns ever made. The show went from airing for thirty minutes to airing for an hour because viewers loved it.

Each episode showed Dillon fighting invaders that try to cause trouble in the town. That went from robbers to bandits and generally anyone that came to commit a crime in the place.

Dillon didn’t fight alone. He had allies, such as Festus Hagen, Doc Adams, and Kity Russell. These people helped him meet up with his responsibility to the town.

The show was both suspenseful and drama-filled. Many other production companies have tried making films with the Gunsmoke storyline, but few have had such success.

Who Played Matt Dillon In Gunsmoke?

James Arness played Matt Dillon in the Gunsmoke series for 20 years. He was in the military before he went into entertainment. His first entry into entertainment was as a radio announcer in 1945. Arness was an ambitious young man, and he was sure Hollywood was where he would make his mark in the world.

His Hollywood debut was in the “Farmer’s Daughter” as Peter Holstrom. As his career progressed, he featured primarily in Westerns. However, he was also in a few science fiction films.

To play Matt Dillon, Arness had to change his hair color. Regardless, his sacrifice was nothing compared to the attention and fame that he and his co-stars received because of Gunsmoke.

After Gunsmoke ended, Arness featured in other Western series and movies and all the Gunsmoke made-for-television movies (five of them).

Arness’ role as Zeb Machan in How the West Was Won took him to cult status in Europe. The movie became more popular in Europe than in the United States.

He died in 2011 at 88 years old of natural causes. Before his death, he had written his autobiography. When asked about the book, he said he wasn’t getting any younger, and this was the best time to write a book about his life.

Who Was Matt Dillon In Gunsmoke?

The fictional character, Matt Dillon, was the US Marshal of Dodge City. His primary responsibility was to maintain law and order in the town.

The first few seasons of the television series Gunsmoke were from the radio show’s script and story. Hence, Arness portrayed Matt Dillon like William Conrad, who played Matt Dillon on the radio.

As the TV show stretched into several seasons, the television Dillon began to evolve. Dillion understood that violence was a part of his job, but he used it less and less as the seasons progressed, except when he had to.

Matt Dillon was discerning and able to spot people who came into the city with bad intentions. He was physically a large man, so many of the people he went up against didn’t match his strength except in a group.

Dillon was also a man of few words. He was a solid and formidable opponent, but he was also honest, dedicated, incorruptible, and focused. His commitment to his job was visible throughout the series.

Why Did Matt Dillon Leave Gunsmoke?

The show ended after its 20-seasons run. Additionally, Matt Dillon, played by James Arness, was on the show until the end. He would have probably continued in the program if it hadn’t ended.

What You Should Know About The End Of Gunsmoke

Gunsmoke ended without a goodbye episode. The season closed like every other season, no warnings, no final show, nothing. It is disheartening that a show with such a huge viewership and long run didn’t end with a bang.

The final episode was a regular episode titled “The Sharecroppers.” The chapter was mainly about Festus, Matt Dillon’s sidekick.

Here are a few things you should know about the end of Gunsmoke:

The cast and crew weren’t aware the show was ending: Gunsmoke‘s cast and crew members didn’t know that “The Sharecroppers” episode was the last. Many of them thought that there was going to be a new season.

The network took everyone by surprise, the cast, the crew, and the audience. What’s even funny is that some cast members found out that the show was ending from the Hollywood Reporter.

The network had previously made an unsuccessful attempt to cancel the show: Before the final cancelation of the show, the network had tried to end the program. This attempt wasn’t successful because the fans of the show didn’t agree. Therefore, the show went on for as long as it did.

It was Milburn Stone’s last time on television: Milburn played Doc Adams. He was in 629 episodes and died a few years after the show ended. Milburn wasn’t in any other movie or show after Gunsmoke. He died at 75.

What You Should Know About Gunsmoke

The show ended many years ago, but it left its mark in the film industry, and it is still often talked about by many. There is no doubt there are a lot of good things to say about Gunsmoke.

Here are few things you should know about the show Gunsmoke:

Casting Marshal Matt Dillon was hard: It was difficult for the network to cast the perfect person to play Matt Dillon. Many people say it was because they wanted John Wayne to play Matt. However, he wasn’t interested because he was on another project.

The network tried out about 26 different actors, rejecting even William Conrad, the radio Matt Dillon based on his looks. They finally settled with James Arness, who John Wayne recommended.

James Arness was in every episode: James Arness, who delivered the Matt Dillon character excellently, was the only character in all 635 episodes of Gunsmoke. Milburn Stone, who played Doc Adams, was right behind him and would have been in all episodes. However, he had a health problem and had to be absent in six episodes.

It was the No. 1 show on television: The show was a huge success. It was at number one for five consecutive years. Its consistency was laudable because it is challenging to give excellent and loveable content for 20 years consistently. Even at the times when it wasn’t the number one show, the show was doing well.

The show had many notable guest appearances: Cindy, Peter, and Jan from the Brady Bunch, including some Star Trek stars made an appearance in Gunsmoke.

“Get out of Dodge” is a phrase from the show: Matt Dillon would chase criminals out of the town, saying, “Get out of Dodge,” referring to Dodge city. The show popularized the phrase, and fans used it often.

What Kind Of Horse Did Matt Dillon Ride In Gunsmoke?

Gunsmoke was a hit, and everything connected to it turned to gold, whether a horse or an individual.

You can watch the movie if you haven’t done so. It’s a masterpiece loaded with action and has scenes that will keep you at the edge of your seat. Additionally, if you’re not a fan of horses, the movie might also cause you to change your mind.

This post is an overview of the Character Matt Dillon, his horse, and the series Gunsmoke.


Did you enjoy reading about What Kind Of Horse Did Matt Dillon Ride In Gunsmoke? If you are looking for other great western books, check out these authors.