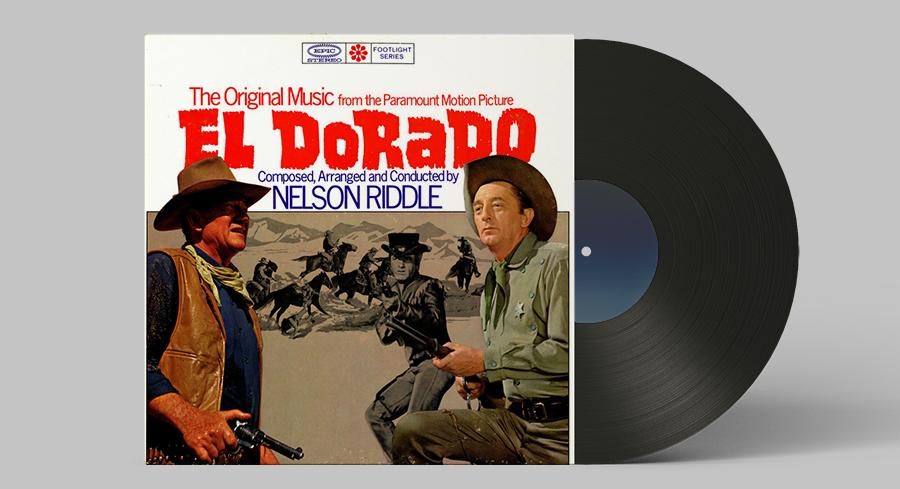 El Dorado is the theme song of the 1966 American Western film of the same name starring John Wayne and Robert Mitchum, directed and produced by Howard Hawks. Nelson Riddle composed and arranged the theme song. Western Writers of America included it in their list of the Top 100 Western Songs of all time.

El Dorado is the second of three films Hawks has directed about a sheriff protecting his office against aggressive outlaw elements in town after Rio Bravo (1959) and before Rio Lobo (1970), all starring Wayne in about the same role.

The repeated poem in the film and paraphrased in the theme song is a ballad poem by Edgar Allan Poe, called “Eldorado”.

In popular music, Donovan used the poem for the lyrics of his song on his 1996 album Sutras. The darkwave band Sopor Aeternus & The Ensemble of Shadows adapted the poem as a song on their 2000 album Songs from the inverted Womb, and again on the album Poetica (All Beauty Sleeps) in 2013.

In the album Braggart stories and dark poems in 2017, Mad Duck recorded a version of Eldorado.

James Caan recites parts of the poems at different times in the 1966 John Wayne film El Dorado. Kiefer Sutherland’s character, Josiah “Doc” Scurlock, in the 1990 movie Young Guns 2, was heard reciting the last stanza for a prostitute and declaring to have written the poem himself. The poem is a central part and was recited in the plot of the horror-comedy film Eldorado in 2012.