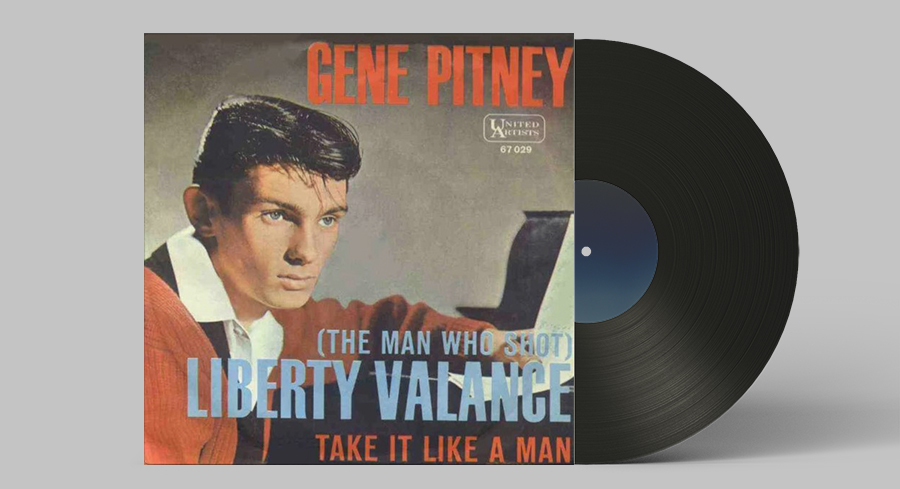 The Man Who Shot Liberty Valance is a song written by the prolific songwriting team of Burt Bacharach and Hal David. American singer-songwriter and musician Gene Pitney released the song in 1962 and became a Top 10 hit. The song ranked No. 36 on Western Writers of America’s list of the top 100 Western songs of all time, gathered from a survey of its members.

Many people believe that this is the theme song for the 1962 film with the same name. Although based on the film’s plotline, and everyone loved it, the film director, John Ford disliked it and kept it off in the soundtrack. According to Gene Pitney, for some strange reason, the song was never put in the soundtrack, even if it’s written for the film. The recording session of the song was paid for by Paramount as stated by Pitney. In the middle of the song recording session, he learned that the song would not be included in the film when one of the orchestra members told him that the film was released.

Some of the notable versions of the song are recorded by the following artists:

The song has also been released in the tracklist of the following albums: