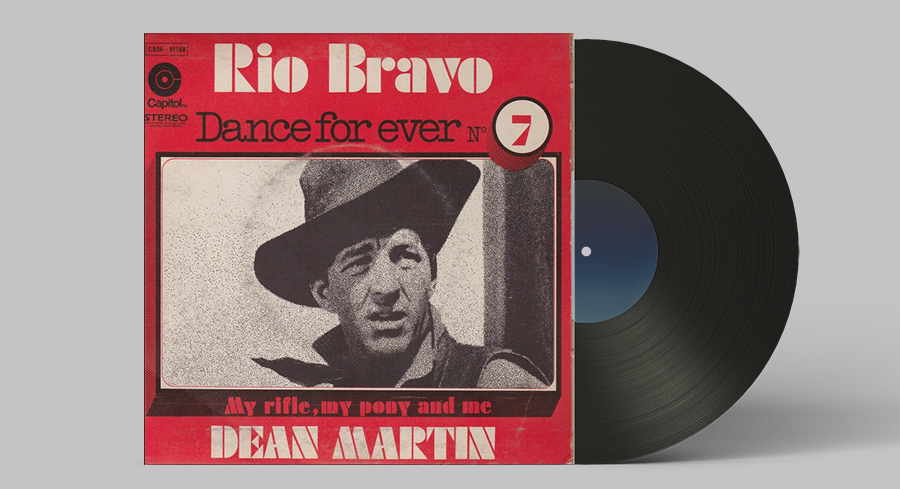 Western Song: My Rifle, My Pony and Me

My Rifle, My Pony, and Me is a song written by Rio Bravo’s musical score composer, Dimitri Tiomkin, known for his Western film scores, and with whom Howard Hawks worked at Red River. “My Rifle, My Pony and Me” was created from a tune used by the composer on Red River, with lyrics added by Paul Francis Webster. Members of Western Writers of America chose the song as one of the Top 100 Western songs of all time.

The song was featured in the film Rio Bravo. The actors practiced their singing skills in one scene. Although it’s a song about coming ‘home to his sweetheart darlin’, you would understand the meaning from his speech and where he emphasizes that he’s more at home alone in the canyon with his three great companions, his rifle and pony “and me”.

On one level, it’s a throwaway filler (like Elvis ’Fort Lauderdale Chamber of Commerce in Girl Happy), and yet it’s also indicative of the lone persona of Dino, the man who not only needs little but doesn’t care for others. Or even that.

Like other popular western songs, various artists covered the song. Some of the notable versions were recorded by:

My Rifle, My Pony and Me In Albums

The song has also been released in the tracklist of the following albums:

My Rifle, My Pony and Me Lyrics