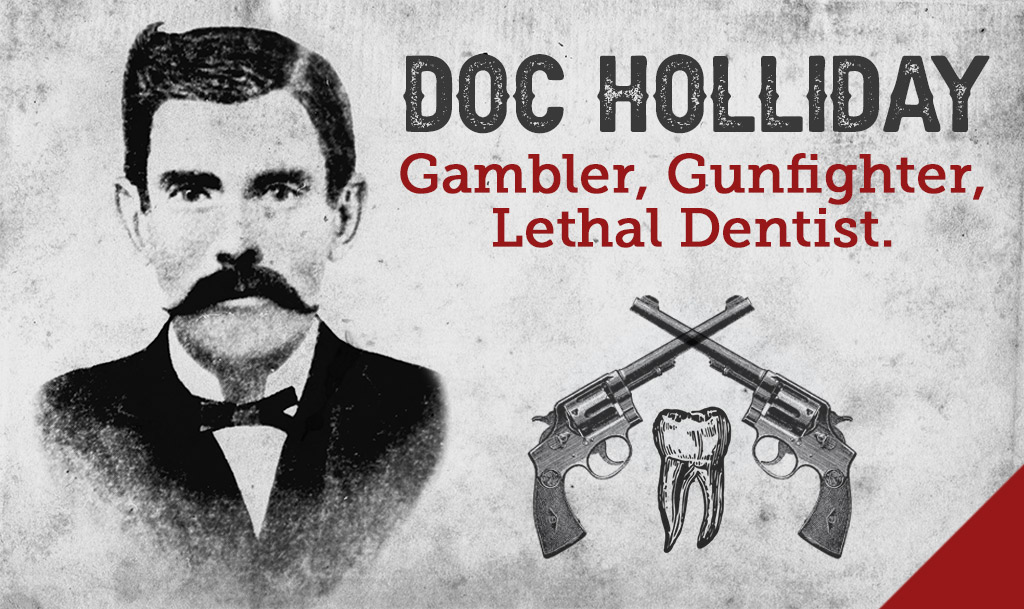 What Does Doc Holliday Say In Latin? Check Them Out

What does Doc Holliday say in Latin? If you are curious about what the conversation of Doc Holliday and Ringos meant, continue reading to find out.

The 1993 American Western film Tombstone is a loose depiction of what happened in Tombstone, Arizona, in the ’80s. The movie tells the story of western law enforcement officers and outlaws: Wyatt Earp, Johnny Ringo, William Brocuus, and Doc Holliday.

Doc Holliday is one character people looked out for in the movie because of how colorful the real Doc Holliday’s life was. Although loosely based on Tombstone’s happenings, Doc Holliday, played by Val Kilmer, was the perfect depiction.

Val Kilmer portrayed the legendary Doc Holliday in a way that elevated his legendary status. His one-liners are still famous to date. There are scenes from the movie that fans have tagged unforgettable—for example, his Latin part with Johnny Ringo. Many people didn’t know what he said in Latin, but it stuck as an epic scene.

What does Doc Holliday say in Latin?

Many people who have watched Tombstone always wonder what Doc Holliday and Ringo’s conversation in Latin meant. The conversation happened in the saloon that doubles as Wyatt Earp’s gambling shop with a drunk Doc Holliday. The exchange was intense, and even without understanding what was said, people can feel the tension.

Here is what Doc Holliday said to Johnny Ringo in Latin;

Meaning: In wine, there is truth.

Meaning: Let Apella the Jew believe, not I (Tell it to someone else, not I).

Meaning: Youth is the teacher of fools.

Who Is Doc Holliday?

John Henry Holliday, or Doc Holliday, was a dentist, gunfighter, and gambler in America. His popularity spiked because of his role in the gunfight at O. K. Corral, including other events leading to the fight. He was close friends with lawman Wyatt Earp.

Doc Holliday had a reputation for leaving dead bodies in his wake. However, recent research into his life has shown that this may not be true. The studies have shown that Doc Holliday only killed 1-3 people in his lifetime.

There have been many films, TV shows, and books based on the life of Doc Holliday. He is one of the most famous figures in the Old West. Besides being notable for his role in the O. K. Corral, he is also renowned for his friendship with Wyatt Earp.

Their friendship has now become the so-called standard for sidekicks in American Western culture. Many movies have portrayed their connection and commitment to one another as the standard for loyalty. Gradually, they have become the modern representation of friendship, integrity, and brotherhood.

Was The Movie Tombstone Focused On Doc Holliday?

Although the movie loosely portrayed his life, it wasn’t entirely about him. The Tombstone was about the events at the Tombstone, Arizona, and the many events that led up to it. That is the Earp Vendetta Ride and the shooting at OK Corral.

However, it is impossible to talk about these events without mentioning Doc Holliday. It is safe to say that the event may not have taken the turn it took if Doc Holliday was absent. Hence, a complete and acceptable depiction of the Tombstone events must include Doc Holliday.

Doc Holliday And The Movie, Tombstone

In 1879, an outlaw gang called the Cowboys led by Curly Bill crashes a police officer’s wedding in Mexico. The cowboys killed the police officers present in retaliation for the death of two members of their gang.

They killed almost everyone in sight, including a local priest who told them right before they shot him that their gruesome act wouldn’t go unpunished.

During this period, Wyatt Earp, former lawman, meets up with his brothers Morgan and Virgil in Tucson, and they journey to Tombstone together. They met with Doc Holliday, Wyatt’s friend from way back, who is in Tombstone because of the weather and the relief it would bring to his tuberculosis.

Gradually, Wyatt started to make a profit from a saloon that doubles as a gambling spot. This salon is where they (Wyatt, his brothers, and Doc) meet the cowboys for the first time. As the cowboys continue to cause problems in the town, Wyatt gets prompted to do something about it, though he is no longer a lawman.

He arrests Curly Bill after he kills Fred White, the Marshal in public. Curly Bill’s case goes to trial, but he gets acquitted because there were no witnesses to the killing. The Cowboys were upset about the arrest and went out for blood.

Virgil Earp, who hates lawlessness, becomes the Marshal after Fred White’s death. His first course of action was imposing a ban on weapons in the city. This ban sets the motion for the O.K. Corral gunfight. It led to the death of two cowboys and the exposure of the County Sheriff, the cowboys’ ally.

As it’s typical with the cowboys, they retaliated for the death of their members. The cowboys ambushed Wyatt’s brothers, killed Morgan, and rendered Virgil handicapped. Wyatt was distraught and took his family out of town.

During this process, he killed one of the two cowboys trailing him and left the second alive to send a message to the other cowboys.

The message was simple: Wyatt was a US Marshal, and he was going to shoot on sight anyone wearing a red sash, which was what the cowboys wore.

Wyatt forms a Posse for revenge. Doc Holliday and some others were part of the Posse. On a particular day, Wyatt and his Posse get cornered by the cowboys close to a forest. Wyatt came out of the ambush unharmed. He killed Curly Bill and some of his men that day.

After Bill Curly’s death, Johnny Ringo, his second in command, became the head of the cowboys. During this time, Doc Holliday’s health had worsened, and he and the other Posse were taking refuge in Henry Hooker’s ranch.
Ringo lured in one of the Posse, killed him, and made a messenger drag his corpse as a message to Wyatt, telling him he wanted a face-off to put an end to all the back and forth.

Wyatt accepted the challenge. He arrived at the chosen fight venue without knowing that Doc Holliday had already gotten there. Before this day, Doc Holliday and Ringo had friction, but they were never allowed to go off at each other entirely.

Ringo didn’t expect to see Doc Holliday at the chosen venue. However, he quickly covered his surprise by agreeing to duel with Doc Holliday. As Wyatt arrived, he heard gunshots and followed the sound only to find Ringo, shot by Doc Holliday.

Side by side, Doc Holliday and Wyatt completed the mission to remove the cowboys from Tombstone. Doc Holliday’s tuberculosis worsened, and Wyatt prepared him to go to a sanatorium in Colorado, where his condition finally killed him.

Some of the one-liners from the Tombstone were actual words said by the real Doc Holliday. The production got most of them from interviews and newspapers.

Here are some of Doc Holliday’s famous one-liners:

“I’m your Huckleberry.” – This quote is arguably one of the most famous quotes from Doc Holliday. He used the line two times, once when Ringo openly challenged Wyatt and his Posse. The second time was when Ringo thinks he is meeting up with Wyatt, but Doc Holliday shows up. He used the famous one-liner to announce his presence. Ringo didn’t make it out of this meeting alive.

Doc Holliday used these words after Wyatt declined dancing with his love interest, Josephine Marcus. Doc Holliday made Wyatt insist he was a happily married man.

Doc Holliday’s night gets interrupted when Wyatt gets ambushed by the cowboys demanding that they release their leader (Curly Bill).

Doc came to where they surrounded Wyatt. Then one of the cowboys called him “the drunk playing the piano,” saying that he was probably not seeing clearly. At that moment, he pulled out his pistol and said the one-liner.

Doc Holliday used this quote during the O.K. Corral shooting when Frank McLaury shouted at him, “I’ve got you now, you son of a b***h.”

Doc replied, “You’re a daisy if you do.” This moment was when Morgan Earp got shot.

Witnesses present at the actual O.K. Corral shooting said Doc Holliday used these exact words when he ran into the cowboy Frank McLaury.

Doc Holliday said this to his best friend, Wyatt. Wyatt often visited Doc Holliday at the sanitorium as his condition declined. On one of those visits, Wyatt asked Doc how he was, and he said, “I’m dying. How are you?”

Doc Holliday’s legendary life was well depicted in the Tombstone, although it was a loose depiction.

This post is an overview of what Doc Holliday said to Ringo in the saloon, including the life of the real Doc Holliday and his famous one-liners.


Did you enjoy reading What does Doc Holliday say in Latin? If you are looking for other great western books, check out these authors.