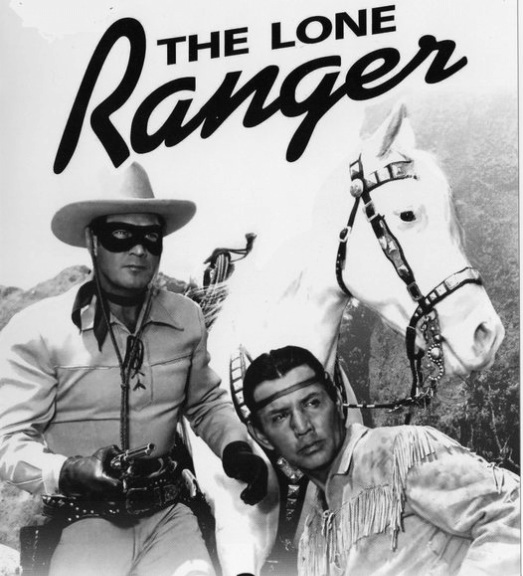 Who Is The Lone Ranger Based On? A Must-Read

Over the years, most people have held a strong belief that the television series The Lone Ranger isn’t fictional. They believe that the series depicts the life of an actual person. However, there’s a bit of disagreement as to who that person was.

If you’ve heard of the show or had the opportunity to watch an episode, then you could be curious too.

Who is the Lone Ranger based on?

The Lone Ranger is fictitious, according to George W. Trendle (credited for the character idea). However, Bass Reeves, John R. Hughes, or other famous heroes like Zorro became the basis for the show.

The Lone Ranger depicts a masked hero that captures criminals and bandits no matter who they are. He also makes sure justice prevails and disarms these criminal elements without taking their lives.

If you want to know more about The Lone Ranger, keep reading!

Bass Reeves As The Lone Ranger

A famous assumption would be that Bass Reeves is the “Lone Ranger,” as biographer Art Burton brought the concept up in public. He stated it in his book and believed Bass Reeves inspired The Lone Ranger.

Burton’s theory of Reeves being the closest to the “Lone Ranger” stemmed from similarities between him and the masked hero.

Bass Reeves is an African American, born a slave in 1838 in Crawford County, Arkansas. His master, William Steele Reeves, moved to Grayson County, Texas, when he was eight.

George R. Reeves, Williams Reeve’s son, took him to join the Confederate Army. It was at that time that he escaped and traveled West. He eventually lived in the Indian Territory (now Oklahoma).

Reeves lived among the tribes and learned their languages. In 1865, he gained his freedom by the Thirteenth Amendment. He moved back to Arkansas with his family as a freedman and became a farmer.

Furthermore, in 1893 he transferred to the Eastern District of Texas for a while. In 1897, he served the Native Territory at the Muskogee Federal Court.

The deputy marshals were responsible for arresting criminals and fugitives that were a constant nuisance in the Territory.

Apart from his knowledge of the landscape, Reeves was a great marksman with a revolver and rifle. He was about 6 feet 2 inches tall. That’s beyond the average height (5 feet 6 inches) as of that period. His striking appearance and riding on his grey (almost white) horse made him stand out.

Reeves also had strong detective skills, which he developed during his career. He’s known for his ability to bring in notorious criminals. What’s more impressive is that he never sustained any wound; at most, he got his belt or hat shot off several times.

Because Reeves remained untouched by a bullet, he was known as “The Indomitable Marshal.” He was always relentless in his pursuit when he’s after criminals.

Additionally, he’s a master of disguise. One example was when he was in pursuit of two criminals. He discovered the cabin where they were hiding and shot bullet holes through his hat in a bid to disguise himself. He also wore tattered clothes and concealed his cuffs.

With his horse out of sight, he went into the cabin looking exhausted. Reeves told the criminals that he escaped from the custody of U.S. Marshals, with his hat as proof to confirm his story. The criminals accepted him and planned their next robbery with him.

However, Reeves waited for the men to sleep at night and then handcuffed them. The following day, he took them to jail in Fort Smith.

At the end of his 32-year career in 1907, he had a record of over 3,000 criminal arrests. Despite a large number of arrests, he only killed 14 outlaws based on self-defense.

Due to his commitment to justice, Reeves arrested his son (Benjamin Reeves) for murdering his wife. Benjamin Reeves served at Fort Leavenworth, Kansas, for 11 years before the reduction of his sentence.

Reeves became an officer of the Muskogee Police Department after Oklahoma became a state in 1907. However, his service was short-lived, as he retired after two years due to an illness (nephritis) and died in 1910.

Let’s look at some similarities between Bass Reeves and the Lone Ranger;

George W. Trendle received credit for the idea of the fictional character (Lone Ranger). However, he’s a lawyer and owner of the Detroit radio station that started the series.

Another category of people believed that The Lone Ranger depicts the life of John R. Hughes. That’s mainly because of the book “The Lone Star Ranger” by Zane Gray, dedicated to Hughes and the other rangers.

Jack Martin, Hughes’s friend, also authored a book “The Border Boss.” The book talked of all his exploits when he once was a ranger. In another book, “Trails and Trials of a Texas Ranger” by W.W. Sterling, Hughes is also the main focus.

Furthermore, an account of Hughes’s life as a ranger is recorded in the “Encyclopedia of Western Gunfighters” by Bill O’Neal. Another book, “The Law comes to Texas,” with such an account, is written by Frederick Wilkins.

All these books have some pointers that show similarities between Hughes and the Lone Ranger.

John Reynolds Hughes was born in 1855 in Cambridge, Illinois, and his father was Thomas Hughes. His family moved to Mound City, Kansas, and he left home at 14 and became a cowboy on a ranch.

Hughes later traveled west to the Indian Territory. He associated with the Osage, Choctaw, and Comanche Indians, learning their culture. Then, Hughes worked at the Chisholm Trail as a trail driver and finally moved to Texas. That’s where he bought a farm at Liberty Hills and raised horses.

In 1886, a gang of thieves stole his horses and that of neighboring ranches. He went after them, trailing them for months. Finally, he caught up with them, killed two of the members, and captured the rest. He returned to Liberty Hills with the horses.

His feat made him famous among rangers and outlaws. Later in 1887, Ira Aten, a Texas Ranger, requested his help to capture Judd Roberts (an escaped murderer). They tracked him down, and Roberts died in a gunfight.

He became a ranger that same year and was part of the Company D, Frontier Battalion. Hughes served on the Mexico-American border and soon rose to the rank of a sergeant. However, after the tragic murder of Captain Frank Jones in an ambush by bandits, he became the Captain.

Hughes went after the killers and killed some in a shootout. Then, he hanged the rest of them.

The State Rangers started after the termination of the Frontier Battalion in 1901. Hughes was one of the four captains appointed, retiring in 1915 after 28 years of service.

Following his retirement, he spent time traveling by road, prospecting, and ranching. He finally lived in Austin, Texas. He also became the board chairman of Citizens Industrial Bank and was the highest stockholder.

As he was never married, Hughes spent the remaining part of his life with his niece. He was depressed and committed suicide in 1947, at 92.

Some similarities between Hughes and the Lone Ranger include:

The inspiration for The Lone Ranger may have come from the life of Bass Reeves or John R. Hughes. Other masked heroes and famous figures may also be a basis for the show. However, George W. Trendle, who receives credit for the idea of the character, regards it as fictional.

One thing is sure; these men (Reeves and Hughes) are heroes of their time who fought for justice—maintaining peace in a time when the order was scarce.