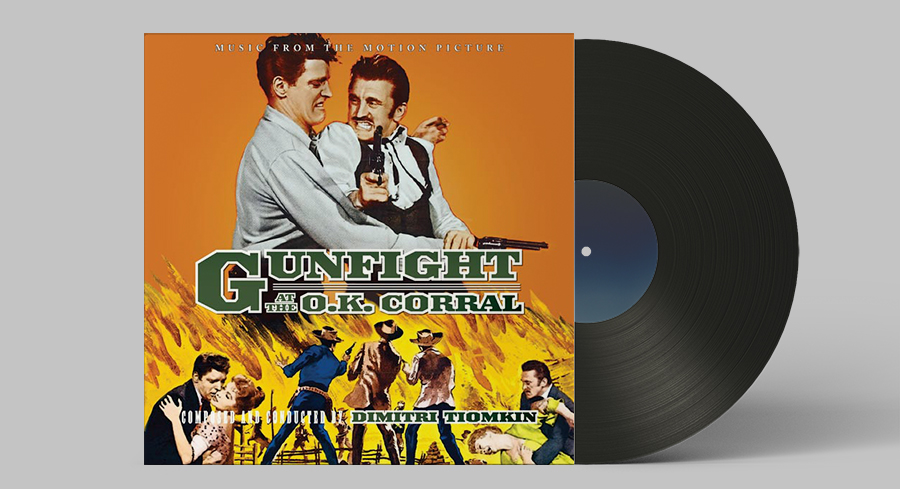 Gunfight at the OK Corral is a song from the 1957 American Western film of the same name. The film was loosely based on the shootout (1881) that made mythical heroes of Wyatt Earp and Doc Holliday.

About the Gunfight at the OK Corral

The gunfire at the O.K. Corral was a 30-second shooting between lawmen led by a deputy U.S. Marshal and Tombstone, Arizona City Marshal Virgil Earp and members of a loosely organized group of outlaws called the Cowboys including Ike Clanton, that occurred on Wednesday, October 26, 1881, around 3:00 p.m in Tombstone, Arizona Territory, United States. It is generally considered the most popular shootout in American Wild West history.

The song featured in the movie with the same name was composed and conducted by Russian-born American film composer and conductor Dimitri Tiomkin with lyrics by Ned Washington, sung by Frankie Laine. Members of the Western Writers of America included it in their list of the Top 100 Western songs of all time.

Some artists who recorded the song include:

Gunfight at the OK Corral Lyrics