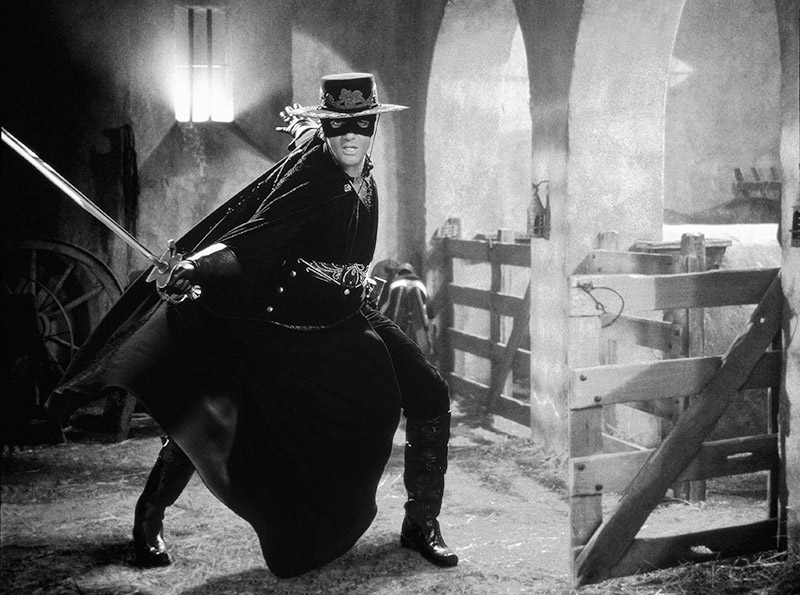 Was Zorro A Real Person? The Answer is a Little Tricky

Zorro is a hero with no special powers, unlike Spiderman, Ironman, and other Marvel heroes.

The character appeared in dozens of movies, books, films, and television shows. The film titles include The Mask of Zorro, Zorro the Gay Blade, Legend of Zorro, and many more. In hardcopy format, Zorro got depicted the same way too.

The first Zorro surfaced in 1919. Even if you haven’t watched the movie version, it’s likely that you’ve read or heard stories about Zorro. The action-packed storyline, sound effects, and everything about the film make it top-notch.

He was a masked vigilante recognized all over the United States. Comparable to the bowman and Robin Hood, Zorro defended the poor against injustice. He also fought corrupt and authoritarian leaders with bravery.

Back to the question!

Was Zorro A Real Person? Was Joaquin Murrieta the Real Zorro?

As for the origin of the well-renowned hero, the question remains. Was Zorro a real person? The answer: kind of, to some extent. Many actual Spanish and Mexican criminals who operated in the West inspired the character Zorro, but one stood out.

Real-life Californian outlaw Joaquin Murrieta most likely inspired the character of Zorro, as many believed over the years. Murrieta was a Mexican gold miner from Sonora who gained the nickname “Robin Hood of the West” and “Robin Hood of El Dorado.”

A peace-loving citizen, Murrieta seeks revenge after his brother got falsely accused of stealing a mule. The accusation caused his brother to get hanged while he was horse-whipped.

Murrieta swore revenge on their Anglo-tormentors. The state of California even offered a reward of $500 for Murrieta, whether he gets killed or turned in alive. The news of his death sparked in 1853, with reports stating he got killed. Yet, myths rose about him and his possible survival, which helped immortalize him as a legend.

The Rise Of Zorro

Johnston McCulley, an American pulp fiction writer, created Zorro in 1919. He published The Curse of Capistrano in 1919, which launched Zorro to the world.

McCulley had no plans to continue writing on the Californian character. However, a Hollywood company bought the book and developed a film called The Mark of Zorro.

This film was a blockbuster. So naturally, McCulley was encouraged by Hollywood producers to write other adventures about the dashing outlaw.

McCulley has been writing Zorro stories for nearly 40 years. He wrote “the Curse of Capistrano,” one of the most commercially successful novels of all time.

After selling over 50 million copies of Zorro books, Zorro has appeared in several films and live shows. Recently, there have been video games based on the popular Zorro character in recent years.

Zorro may be a fictional character, but the person behind the mask is an actual human.

Often portrayed as a charming masked hero who protected California’s poorest residents, he grew famous for fighting against corrupt, dictatorial politicians and other evil elements in the government.

He also had a signature costume, an all-black outfit that includes a cape and a sombrero cordobés hat, with a mask covering half of his face.

However, McCulley didn’t come up with the Zorro character out of the blue. He drew inspiration from many real-life Spanish and Mexican criminals who existed in the West.

Do you want to know more about Zorro? Keep reading!

Why Is Zorro Considered A Hero?

He is a well-known hero in comic books, television shows, and movies. In Spanish, “Zorro” means “fox,” and this defines the hero’s personality.

A defender of commoners against tyrannical leaders and other criminals, he wore masks to defend them against unmasked criminals living in Spanish colonial-era California.

Zorro was smart and capable of taking significant risks while appearing unconcerned about his safety.

Why Was Zorro Always On Masks?

In Johnston McCulley’s work, Don Diego Vega hid his identity as Zorro for several reasons. But firstly, he was the only son of Don Alejandro de la Vega, the most popular estate merchant in California.

Diego mastered swordsmanship while attending college in Spain, but he established his masked dual identity after his father unexpectedly called him home. Why? His father couldn’t stand the evil elements taking over California.

As a popular figure, he always wore a mask to evade arrest. He knew getting arrested would prevent him from saving California, his beloved home.

Diego lived in his father’s massive estate, featuring a network of secret tunnels and passages. These passageways led to a hidden cave that served as Zorro’s headquarters and hideout.

Like many comic characters, Zorro’s costume has changed over time, varying based on the comic creator. However, he consistently wears a black mask covering his eyes, a black hat, or ties a scarf on his head.

He boasts gorgeous black hair, brown eyes, and he enjoys dressing in black. He also wears his black fighting gloves and a baggy blacktop often.

What about Zorro’s top? It’s out of this world. The black top boasts frills instead of buttons.

Zorro’s training and studies in Spain equipped him with a diverse set of fighting abilities.

A skilled swordsman, he excelled in fencing and knew how to use a whip. In addition, he is an expert horseman, considered highly fit and acrobatic.

Zorro’s opponents are usually of superior status. Therefore, his confrontations frequently resulted in their deaths.

However, in times of severe difficulty, he reverts to confrontation.

Zorro is incredibly agile, and he has trained in acrobatics and athletics. He can glide between rooftops with his whip and has seen moving swiftly between buildings to escape the authorities or catch up with his victims.

Zorro is a superb swordsman frequently shown chasing off and defeating multiple attackers simultaneously. He avoids using force, relying highly on his agility and cleverness to defeat his opponents.

He is also known for having the ability to slice his sword into the garments of his victims without harming them.

Zorro is an expert of the bullwhip for striking and disarming his opponents. He also has expertise in grasping and restraining persons and objects to swing from it.

Zorro’s approach, like his swordplay, is exact, and he wields the whip skillfully.

While Zorro prefers to utilize weapons, he has shown his proficiency in hand-to-hand battles on several occasions.

He has shown that he can wield a gun proficiently. He has an accurate shot, even though he doesn’t utilize projectile weapons very often.

He also knows how to use a throwing knife, which he saves for desperate defense and circumstances. In addition, he carries a little throwing knife in his boot.

Fight with a Cape:

Zorro uses his hat and cape as tools and weapons skillfully.

For example, he has mastered the act of fighting with his cape. He uses the cloth for blindfolding and disarming his enemies. When he removes his cape, he uses it as a trip-mat, a disarming tool, and a blind.

His hat is heavy so he uses it to his advantage by overpowering enemies or even knocking anything down.

Zorro is a highly clever man who can think tactically before and during battle, developing quick ideas in the heat of battle. His tactics often include humiliating and degrading his opponents, with a goal to make them angry. After that, he takes advantage of his opponents’ anger to overcome them.

He fights with a dagger, a thin-bladed sword that allows him to battle with accuracy rather than strength.

Zorro is a skilled horseback rider who, in many appearances, rides his horse into battle.

He was given his name after a real pirate:

Zorro had a unique dream and went further to achieve it. His strength reflects his true ambition. However, when he engages in combat, his desire to kill becomes so strong that even his troops are terrified.

His ruthlessness seems perfect for his name, given that he is the only Straw Hat named after a real pirate.

One of the most confusing features of Zorro is his name. Occasionally called “Zolo,” this confusion is primarily due to the interchangeability of the “L” and “R” sounds in Japanese-English translations.

This name change, however, was also made for copyright reasons.

The “Mark of Zorro” film could have been R-rated:

The Mark of Zorro isn’t particularly violent for a movie about swinging large blades and attempting to cut people open. However, the film may have taken a completely different path.

Producers discussed putting Robert Rodriguez in charge of the film, a guy known for more graphic violence. But, rather than giving the movie a dark remake, the producers were more concerned with releasing a family-friendly yet blockbuster film.

Rodriguez quit production soon after because of these artistic conflicts, and Martin Campbell, the film’s final director replaced him.

Zorro has the most voiced English actors:

He has the most voice performers in the English dub versions of One Piece and four different actors who voiced as a child.

Despite being a cunning pirate, he isn’t such a nasty guy.

He is an honorable man who gets along well with his fellow crew members. Zorro and Vinsmoke Sanji have been at odds with each other since they first met, but he never addresses Sanji by name, which is an essential aspect of their rivalry.

Zorro is a famous character among lovers of novels, pulp fiction, cartoons, comics, and Disney movies—a heroic character that had a massive impact on pop culture in America. As you’ve always known, Americans celebrate heroes, especially one who wears a mask and lives a double life.

Johnstone McCulley, who wrote the Zorro story for almost 40 years, created many of the hero’s traits. And although many people recognize Zorro as that charming masked hero who protected the poor people of California, he was a fruit of fiction—a person crafted by the creative mind.

He is a well-loved fictitious character who protected his people from corrupt, dictatorial politicians and other bad guys in the government and a true hero for many.