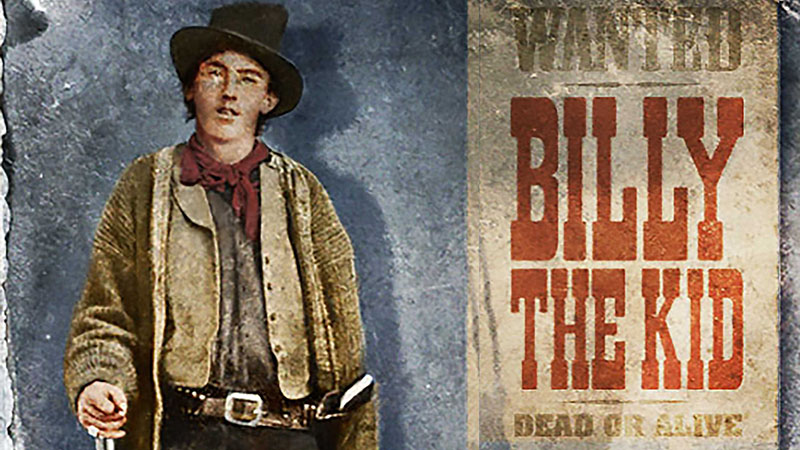 What Guns Did Billy the Kid Use?

What Guns Did Billy the Kid Use? If you’ve never heard of Billy the Kid, you’ve probably been living under a giant rock.

That’s because almost everyone has heard of the famous daredevil outlaw who ruled the American West in the 1800s.

Sure, some of the stuff we’ve read online may be rumors or exaggerations of his tales. For example, the three murders he is said to have committed during New Mexico’s Lincoln County War have never been proven.

Which brings us to the question…what guns did Billy the Kid use?

Was there anything special about them?

Why did he choose such guns?

In today’s blog, we’ll answer these intriguing questions. Plus, as a bonus, we’ll reveal what gun was used to kill Billy the Kid.

What Guns Billy the Kid Used (Plus, Photos and Descriptions of Each)

In the Wild, Wild West of old, no real cowboy could survive without his guns.

This was even truer for Billy the Kid, an outlaw who lived life rustling cattle and getting into saloon fights.

This makes us wonder, what guns did this remarkable historical figure choose to be his constant companions?

Here are two of them.

The Winchester Model 1873 was a repeating carbine with a 10-round capacity and 20-inch barrel.

We’re not sure if Billy the Kid had a hand in its reputation, but it’s known today as “the gun that won the west.”

Just by looking at it, you’ll know you’re in the presence of something awesome. It has an oil-finished walnut stock and classic blued steel buttplate. Its 10-round capacity means a user can fire 10 bullets before needing to reload.

Today, this rifle is thought of as a collectors’ item. But if we close our eyes, we can surely picture Billy the Kid in the days of old, riding gallantly off into a sunset with this badass gun by his side.

Besides his Winchester, Billy the Kid had another gun in tow.

It was the Colt single-action revolver, a small but sleek gun that could be tucked neatly into his waist.

What’s intriguing is that this particular firearm was used by the Army during The Kid’s day. In fact, that’s probably why Billy had one of his own. The famous “six-shooter” was grabbed by both lawmen and outlaws, who were quick to adapt to its style. Because it was used by both parties, it soon gained the nickname “peacemaker.”

If you’re a fan of the famous (or infamous) Kid, and you’ve read books or history pieces about this well-known figure, you’ve probably heard of his legendary “six shooter.”

And if you’ve ever wondered what it looked like…now you know.

Here’s one more fact you might want to know about this particular gun.

Although Billy loved it and kept it by his side at all times, he lost it in his famous escape from Lincoln County, where he was on death row. According to history, he hid the gun in a juniper tree. It still exists today, passed down to descendants of Teresa Guerrero, whom the Kid knew.

What Gun Killed Billy the Kid?

With all the talk about Billy the Kid’s guns, we’re left to wonder one thing,

“What kind of gun was used to kill the famous outlaw?”

Sure, we can imagine the skillful outlaw cowboy participating in duels with opponents. We can see him in the war, fighting fearlessly with his firearms in his hands.

What’s harder to see is a gun pointed at him, and finally ending his life.

So, what gun killed Billy the Kid, and how did it happen?

When Billy the Kid was 21, he was arrested in Lincoln County and sentenced to death by hanging. However, the cunning outlaw made his escape and disappeared into the wilderness.

But it didn’t take long before he was discovered once more.

On July 14, 1881, Sheriff Pat Garrett, an old friend of Billy’s, encountered him in Fort Sumner, New Mexico. Billy was hiding there after his escape from Lincoln County.

According to stories, Billy was out fetching a late steak dinner when he noticed a man’s silhouette near the place he was staying.

He backed into the shadows and said, “Who’s that?”

He tried to turn away, but it was too late.

The Sheriff had recognized his voice. The lawman then pulled out his gun and fired at him twice. One of the bullets lodged in the Kid’s heart, instantly killing him.

What was the gun the Sheriff used to perform this famous deed?

It was none other than a Colt single-action firearm, similar to what Billy himself used.

Now, that doesn’t sound too exciting, but here’s something that is.

This very gun is soon to go into auction, and its estimated price is said to be a whopping $2-3 million.

Imagine that for a gun that everyone had back in the day!

Still, if this famous gun was able to do what no one else had been able to do, that is, put an end to the reign of the most notorious outlaw of that day…

…we can say it deserves its fame.

If you’re like most people, you probably know Billy the Kid.

You know about his untamed life, the people he is rumored to have murdered, his wild exploits, and his robberies.

You’ve heard stories, some true and some not quite so true, of the outrageous, daring, exciting adventures he had in his day.

And like many, you’ve likely been wondering, “What guns did Billy the Kid use?”

Now, after reading what they were, maybe you shrugged and thought, “Ahhh, nothing remarkable. Billy used common guns.”

If you thought that, then great!

Because if Billy the Kid, the most famous and daring Wild West outlaw ever to have walked the earth, used “ordinary” guns…

…think how awesome he must have been to make them seem extraordinary!